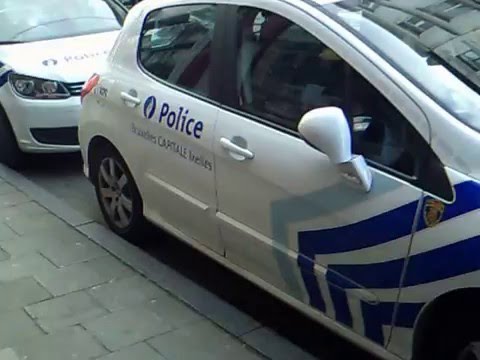 The stabbing Thursday of two Belgian police officers in Brussels, one female and one male, was a terrorist attack according to Belgian prosecutors.

The attacker, who had ties to jihadists fighting in Syria, was shot in the leg after the attack in the Schaerbeek district of the Belgian capital, while the officers suffered wounds to the stomach and neck.

A suspect, the 43-year-old Hicham Diop has been “charged with attempted murder in a terrorist context and participation in the activities of a terrorist group,” a statement from the prosecutor’s office said.

His brother, Aboubaker D, has also been taken into custody “in the framework of the terrorist attack against two police officers” the statement read.

“The investigating judge, specialising in terrorism, will decide tomorrow on the possible extension of his detention,” the statement added.

Both Muslims have Belgian nationality.

According to media reports, the attacker was a former soldier who had served until 2009. Diop had stood in regional elections in 2004 for the pro-Islamist Party of Citizenship and Prosperity (PCP).

The kick-boxing fan had allegedly been approached by radical Muslims from the Muslim Centre in Molenbeek, a notorious recruitment hub for radicals that has since been closed down.

Belgian Interior Minister Jan Jambon meanwhile told parliament that Diop had been known to intelligence services. They had exchanged classified information on him on September 19, but the mayor of Schaerbeek said the local police was never informed about the danger Diop posed.

A similar lack of coordination between Belgian authorities was noted after previous attacks in Paris and Brussels.

Belgium remains on high terror alert following the March 22 Islamic State suicide bombings in the Brussels metro and airport in which 32 people were killed.