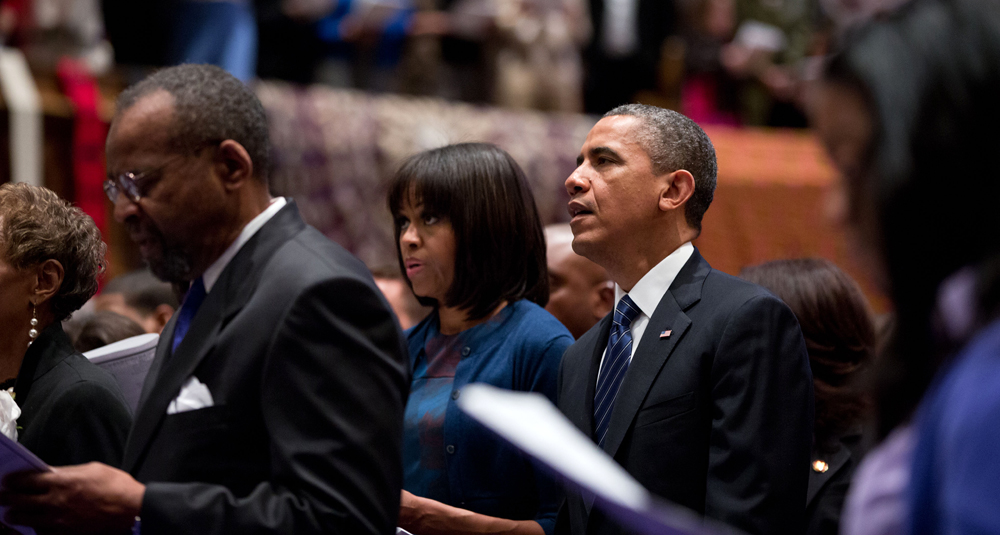 Fall-out from Barack Obama's foreign policy manoeuvres is likely to continue even after he takes leave of the White House.

Soon to appear in south Chicago’s Jackson Park, advancing the cause of political disruption and international conflict around the world, is the The Barack Obama Center and Presidential Library.

Obama’s legacy of “international order”, a nightmare for sovereign nations and leaders hoping to stem the tide of globalization, free trade, open borders, and social and religious implosion, will be the next the presidential non-profit and tax-exempt center, also dedicated to preserving the memories of a past American leader.

On September 20, during his final speech as US president before the United Nations General Assembly, he said the Obama Center, run by the tax-exempt Obama Foundation, would strive for a globalized world, with compliant and complacent participants. Obama lectured the General Assembly on the coming “international order” here to stay and broadly hinted that anyone or any nation that did not agree with his take on the matter should suffer dire consequences.

In his speech, Obama laid bare what he considers to be threats to his idea of a unitary world under supranational authorities like the United Nations and European Union. Obama said large nations, including the United States, must be willing to give up some of their sovereignty and abide by overarching international laws and conventions. That would, of course, include the inability of nation-states to govern the flow of non-citizens across their national borders.

The Obama Center will also champion the cause of international “free trade” agreements like the Trans-Pacific Partnership (TPP) and oppose further “Brexit” attempts within the EU. The proposed Transatlantic Trade and Investment Partnership (T-TIP), has meanwhile run into severe opposition in Europe, particularly in Germany and France, where voters are educated and less prone to fall for cons dressed in intricate phrases.

Although they have done their fair share of harm to international relations, the top priority of the William J. Clinton Foundation and Clinton Presidential Center has been to shake down countries around the world, mafia-style, for donations in return for high-level US government access.

In contrast to the Clinton’s “pay-to-play” system of international relations, that gave scant attention to the human rights records of the countries forwarding the cash to the accounts of the Clinton Foundation and associated “charities”, the Obama Center will be a major international propaganda operation to challenge nationalist, secessionist, and popular right-wing and left-wing governments and political parties the world over.

Obama’s primary targets and, presumably, those of the embryonic Obama Center are to combat “aggressive nationalism”, “crude populism” and to promote unhindered migration across international borders and refugee “rights” as well as climate change.

Unlike his past speeches before the General Assembly, Obama’s final General Assembly speech remained uninterrupted by applause from the assembled delegates, all representing countries because of borders. The irony was lost on America’s first black speach-reader.

It is therefore quite conceivable that flush with millions of dollars from billionaires like George Soros and Evelyn de Rothschild, the Obama Center will serve as a major disruptor of peace around the world, while it masks its true intentions with Obama’s Nobel Peace Prize laureate status and flowery language.

The Obama Center will also be at the forefront of providing jobs to migrants at the expense of the citizens of nations that are forced to accept them. Obama’s UN initiative on migrants received pledges from such firms as Accenture, Citigroup, Facebook, Goldman Sachs, Google, and IKEA to fund the relocation of migrants and provide them with jobs.

The Obama Center has vowed to actively promote gay rights, particularly in largely non-Muslim countries like Russia, Uganda, China, Poland, Guyana, Ethiopia, and Jamaica, where such practices violate religious and social customs and mores and has already received upward to $1 million from the Gill Foundation of Denver, which supports gay and lesbian rights. But despite its stated commitment to advance gay rights, certain Muslim nations will be overlooked for their policies toward gays, as the Obama Center might have to rely on Saudi Arabia, Qatar, the United Arab Emirates, Kuwait, and Bahrain for funding as well.

And while Obama told the General Assembly that Russia and China were to blame for “militarizing some rocks and reefs”, primarily a reference to the South China Sea but also the growing number of Russian defensive military bases on uninhabited Russian islands in the Arctic region, he was silent on the number of American jobs that have been exported to China.

In its opposition to “aggressive nationalism”, the Obama Center will find a number of partners, particularly Soros’s Open Society Institute and Foundation, and other usual suspects to fight the groundswell of popular movements worldwide with increasing vigour and ferocity.