Marcus Pretzell is an Alternative for Germany Member of the European Parliament. Photo: Wikipedia
OPINION

AfD’s Marcus Pretzell: In the grip

Neither the German taxpayer, nor the incoming recipients of his largesse, is really free, argues Marcus Pretzell.

Who is challenging the European freedom? This question can easily be answered: it is the current management of the EU, the technocrats in the office towers and the leftists with their equalization mission. Added up with numberless NGO, foundations, associations, lobbyists and  subjected to the recent criticism of the media, this results in a bewildered mixture.

Right on cue, mass migration enters the scene. Europe is currently being colonised – and this is performed by people much more devoted to their religious laws than willing to obey the acts of law of the states they have entered. Immigrants from oriental countries take no stock in democracy, constitutional legality, womens’ equal rights, religious liberties or freedom of speech. Most of those  kept immigrants even judge our way of life decadent. The vast majority of them additionally is thoroughly unfamiliar with both, educational and performance ethos.

Now strange things happen: all parties present in the German Bundestag and to their fore the chancellor welcome the immigrants instead of demanding them to integrate. Quite the contrary, they claim the Germans to effect this performance! All those far-away-country lovers lacking any next welcome foreigners with teddy bears, whereas the tax-payer fed social industry is adamantly employed greedily grasping at every new ‘problem child’ willing to be supported. Entrepreneurs` associations enthusiastically clap their hands, as this mass influx is supposed to benefit economy – but, they still owe us any proof. Dax-listed companies, in particular, have failed to recruit any of these immigrants, because they offer no positions for analphabets.

This we can do by ourselves! Let’s shake off the yoke of thralldom, let’s smash ideologies and frozen regimes, let’s break free towards independence and self-reliance!

We will never allow anybody to take away our good old European right to live a self-determined life in freedom and liberty.

Let us remain at the wheel!

Marcus Pretzell is an Alternative for Germany Member of the European Parliament. 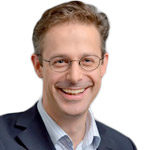