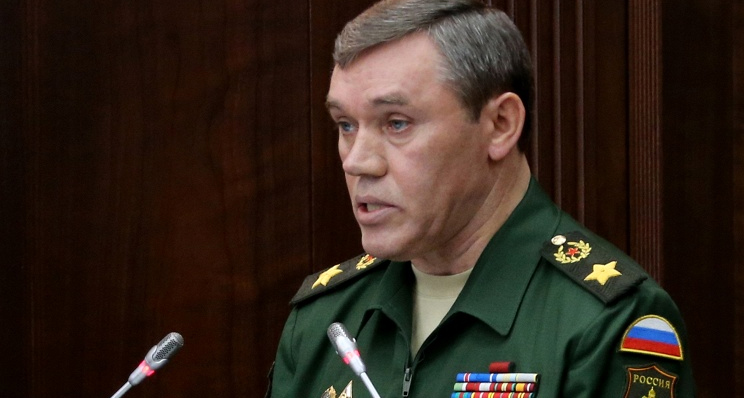 While Russian and Turkish military chiefs met in Moscow on Thursday, Russia publicly demanded the withdrawal of all fighters from Aleppo.

Al-Qaeda’s attempt at breaking a siege has failed it appears, and General Valery Gerasimov, the Chief of the Russian military’s General Staff appealed to “all leaders of armed groups directly to stop combat actions and leave Aleppo with their arms”.

Two corridors have been opened to enable the encircled fighters to retreat, one heading towards the Turkish border, and the other heading to the Al-Qaeda controlled western Syrian city of Idlib. Six humanitarian corridors for civilians have also been opened, the Russian side said.

The Turkish air force has been supporting the Turkish rebel proxies in central Syria. But after it recently bombed and killed about 100 Kurdish fighters northeast of Aleppo, the Russian and Syrian air forces have warned it off.

According to analysts any Turkish plane entering Syrian air space is now a legitimate target. The Turks understood the warning and have since stayed out of Syrian airspace.

Meanwhile Gerasimov has told fighters in eastern Aleppo not to reject the offer and pointed out to the militants that their efforts to break loose from the city have failed.

“The terrorists have suffered huge losses in manpower, weapons and equipment. They are unable to pull out of the city,” the general said.

It appears that fighters in eastern Aleppo are trapped with no way out. According to RT’s Arabic service, militants have admitted to heavy casualties over the last few days.

The Syrian aligned Al-Masdar news agency reported according to a Syrian army source, the deployment of elite and Special Forces troops to Aleppo means a new offensive would be “unlike the previous offensives in Aleppo City, this assault will not be halted for any reason”.

Gerasimov has said that the ceasefire to enable the militants to retreat from Aleppo will take effect at 9:00 am local time on Friday 4th November 2016, and will expires at 7 pm on the same day. The period will presumably be extended if militants decide to leave.

But rebel groups in Aleppo dismissed Russia’s latest offer, with one of the groups describing it as a media stunt for “public consumption” Fox News reported.

Yasser al-Youssef, a spokesman for the Nour el-Din el-Zinki rebel group, said Russia “is not serious” and its latest initiatives “don’t concern us.” He added that the Russian leader’s comments do not reflect the reality on the ground.

Peace talks on Syria have involved US Secretary of State John Kerry and foreign ministers of Turkey, Saudi Arabia, Qatar, and Iran.

Lavrov is on a visit to Greece, a NATO and European Union member with close ties to Russia.