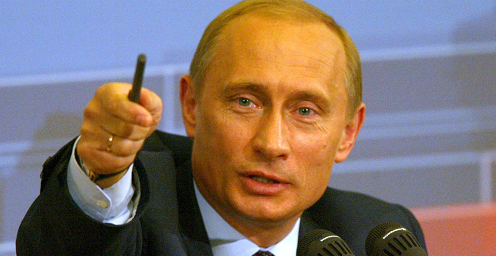 Putin congratulates Trump on his victory

The Rusian leader expressed his confidence in “building a constructive dialogue between Moscow and Washington” that meets national interests as well as those of “the entire international community” after Trump announced his victory.

Trump had lauded Putin in September when he described the Russian leader as a having “been a leader far more than our President [Obama] has been a leader”.

And during the last presidential debate, Trump expressed more optimism that mutual co-operation could defeat terrorism: “If Russia and the United States got along well and went after ISIS, that would be good.”

Many prominent globalists reacted with great dismay, as nationalists in France, Hungary and the Netherlands leaders expressed their joy.

And while nationalist, anti-immigration European leaders were jubilant, diplomats struggled to come to terms with the US election results.

Marine Le Pen’s Front National welcomed the results, saying they herald a new world. Le Pen, who is running for president next spring, has long said Trump’s politics were in French interests. She congratulated the “free” American people.

Le Pen’s senior strategist, Florian Philippot, tweeted: “Their world is collapsing. Ours is being built.”

From The Netherlands too, Geert Wilders expressed his satisfaction.

But the political classes in the EU were stunned. The German defence minister, Ursula von der Leyen, told German broadcaster ARD the results were a “huge shock” while Sweden’s former prime minister Carl Bildt lamented that 2016 was now the year of “double disaster” for the west and later tweeted surly insults.

Looks like this will be the year of the double disaster of the West.

I read there was a monkey somewhere in inner China that predicted that Donald Trump would win. At least someone.

The current French ambassador to the United States, Gerard Araud, tweeted that the “world is collapsing before our eyes” as forecasters predicted the Republican win.

In South Africa, Obama’s longtime political adviser, ambassador Patrick Gaspard, had organised a breakfast at the US embassy in Pretoria for European luminaries and diplomats – all Clinton supporters – but the event ended in disappointment when the news broke.

South African mainstream hacks in New York were still making pronouncements on the race saying “it’s too close to call,” when Clinton had already conceded victory.

Gaspard, who had worked for the disgraced Debbie Wasserman Schultz at the Democratic National Convention (DNC), saw his former employer resign in less than 24 hours after WikiLeaks posted dozens of emails showing her staff working to undermine the insurgent campaign of Bernie Sanders.