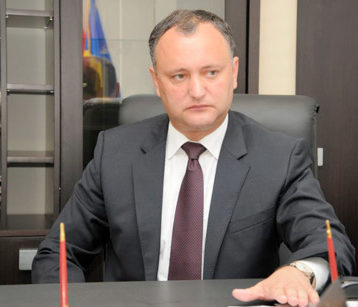 Two ex-Socialist European states have just elected anti-establishment presidents that seek closer relations with Russia. Unlike Trump, they are socialists and want to build strong ties to Russia, but a common trait is that they all challenge an unpopular establishment that is financially and morally corrupt.

In the span of just several days, pro-Russian candidates have won three national elections on different sides of the world: Donald Trump in the USA on the 8th of November, Rumen Radev in Bulgaria and Igor Dodon in Moldova both on the 13th of November. At least, that’s what the political establishments and mainstream media in Europe and America keep repeating – that each of the three new leaders is closely connected to Russia in general, and Russian President Vladimir Putin in particular. Reality may be somewhat more complicated, however.

It’s undoubtedly true that three candidates did defeat opponents that carried anti-Russian messages, and in that sense they can be seen as Kremlin-friendly politicians. But, there is another thing that these three share, that could have helped their respective victories just as well: the economic disaster they all ran against. The USA is the biggest debtor in the history of human race. Moldova is by far the poorest country in Europe. And Bulgaria is officially the poorest country in the European Union.

In Bulgaria and Moldova, economic hardship influenced elections even more than in the USA, as both nations have been verging on total collapse for decades. In many ways, Moldova represents a typical ex-Socialist country scenario. Only worse. Much worse. The corruption is rampant, the society is torn between East and West, and average monthly wages spiralled down to less than a hundred euro. The state is barely functional, while oligarchs are beyond the law; a year ago, three banks collapsed and almost a billion dollars – more than one tenth of Moldova’s GDP – simply disappeared! Bulgaria is the poorest country in Europa. Photo: FWM

The most appalling illustration of Moldova’s misfortune is the sex trade, for which this country pays a dreadful price. Moldovan girls, famous for their beauty, are the most common ethnicity in prostitution rings throughout European countries. Due to their poor background and limited options, they are usually sent to underdeveloped markets, most often fellow ex-Socialist states or Turkey and Middle Eastern countries.

Our source in the Serbian Police states that girls from Moldova make up more than 50 percent of all the foreign prostitutes in the country. We also talked to a girl that herself dodged such a fate, partially because her family moved out of Moldova five years ago, searching for a better life.

– Quite a few of my school friends went through similar horrible experiences, said Anna, 21, to our reporter. The family moved to the small neighbouring country of Pridnestrovie.

Pridnestrovie – poor but still not worst

Often and wrongly called Transnistria, Pridnestrovie is a de facto independent state, located on the Eastern bank of the river Dniester, between Moldova and Ukraine. Moldova doesn’t recognize it and considers Pridnestrovie part of its territory, but after a brief and bloody war in 1992, Pridnestrovie effectively cut all ties to the Moldovan capital Chisinau. Pridnestrovie even has its own currency, and is physically separated from Moldova by a border protected by international (Russian) troops.

The economy in Pridnestrovie finds itself in a dismal state, and corruption is also devastating. But, compared to Moldova, it is heaven. With monthly wages averaging 300 euro, Pridnestrovie looks like the promised land to many Moldovans, tens of thousands of whom have already moved there.

– Me, wife and three kids. And, even though there are many problems here, it’s incomparable to Moldova.

This is the background as to why the Moldovan electorate voted for Igor Dodon, 41, for President in the first presidential elections in 20 years. During the interim period, the head of the state was picked by the Parliament. Igor Dodon defeated the pro-EU liberal candidate in the second round of the election. Photo: dodon.md

Nominated by the Socialist Party, Dodon advocates stronger ties with Russia (he personally and openly idolizes Vladimir Putin), a halt on never-ending European integration, and promises resolute measures against all-consuming corruption. His pro-EU rival Maia Sandu from the Liberal Democratic Party of Moldova also spoke against corruption, but her background – a former World Bank employee and a Harvard graduate – made her claim much more suspicious. Sandu was also accused of promising Angela Merkel to accept tens of thousands of Syrian migrants, in return for EU support. She categorically denied those reports, but, with Merkel’s track record of background deals with political figures from other countries, many of Sandu’s countrymen didn’t believe her. Fearing more of the same, or even worse, in case Sandu won, 52.2 percent of Moldovans voted for Dodon in the decisive second round, held on November 13th.

The situation in Bulgaria is somewhat less gloomy than in Moldova, but not much. In 2007, the country finalized the process of joining the EU that had lasted for 14 years. In the same decade, however, Bulgaria suffered a heavy demographic decline, losing approximately 700.000 (an astonishing 10 percent) of its population between 2001 and 2012, mostly due to emigration. In the same period, the Bulgarian national debt more than quadrupled from 10.4 to 46.8 billion dollars.

The situation became even worse after EU adopted a confrontative stance towards Russia two years ago. The Bulgarian government turned down The South Stream project, a Russian oil and gas pipeline aimed at supplying the South-East of Europe with precious energy resources. Bulgaria did so under pressure from Brussels/Berlin, but they were the ones who suffered the most damages. Critics in Bulgaria point out that the government could have said no to the demands from the EU, especially considering that The North Stream was completed without any problems. Bulgaria’s economy has sufferd hard from the sanctions between EU and Russia. Photo: FWM

In return, Moscow withdrew all other planned Bulgarian projects as well, which quite possibly marked the turning point for the Balkan country that shares the Slavic and Orthodox tradition with Russia. On top of everything, Bulgaria suffered heavily from the sanctions the West imposed on Russia and countersanctions that the Kremlin replied with, crippling the already damaged Bulgarian agriculture which not so long ago was the nation’s pride, but now lies almost completely in ruins.

In such circumstances, Rumen Radev, an ex-air force general and a candidate of the Socialist Party, with 60 percent of votes in his favour delivered a devastating defeat to the government-backed Tsetska Tsacheva, during the second round of presidential elections held on November 13th. Prime minister Boyko Borisov therefore had to make good on his promise and resign, triggering early parliamentary elections that are to be scheduled soon.

What’s so radical about Radev? Not much, compared to Moldova’s Dodon. Radev is happy with Bulgaria being a member of both the EU and NATO. He is, however, visibly more well-intended toward Moscow than the current President Rosen Plevneliev, famous for his harsh rhetoric against Russia. Radev is also on record saying that Kiev actually lost authority over Crimea, and that it was not a forced annexation by Russia. Radev also spoke against Western sanctions on Russia and called for a harmonization of relations with Moscow. Just like Dodon and Trump, Radev promised to fight corruption and was also strongly against Bulgaria accepting migrants. “We don’t want our country to become a migrant ghetto,” he said during the campaign. And the voters obviously listened.

All in all, the victories for Radev and Dodon, just like Trump’s win, were heavily rooted in politics that opposed the establishment on crucial points concerning economic measures, the migrant issue, and finally relations with Russia. In effect, it’s not the “Red Scare” mainstream media is selling it as, but a return of nationalist politics that addresses the interests of the country rather than unpopular international trends like globalism. It seems that such views are exactly what electorates across the globe are seeking at the moment. 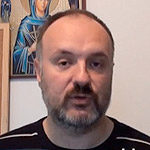