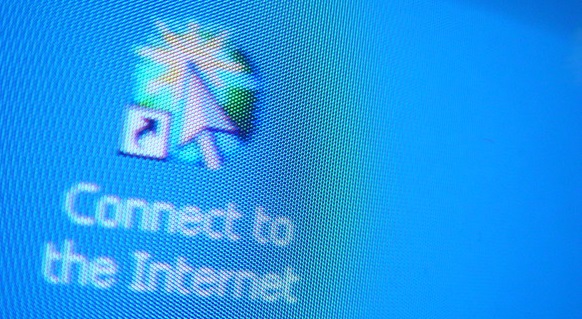 The US presidential election was not only a national ballot but a referendum on globalization in all of its malignant manifestations: free trade, open borders, and subjugation of national sovereignty to unelected international organizations.

Brexit and Trump’s victory have emboldened electorates in other nations to reject contrivances that stymie national sovereign rights. December 4, 2016 represents another watershed date to reject globalist agendas in Austria as well as Italy.

Italian Prime Minister Matteo Renzi has staked his political future on the referendum, which if passed, will reduce the power of the Italian upper house of parliament, the Senate, and drastically cut back the powers of the Italian regions.

This state of affairs was brought about without by an informed public, while robots dedicated to posting pro-Hillary Clinton tweets had to be rolled out in support of the unpopular Democratic candidate during the second US presidential debate, says a study.

The use of bots by the Clinton campaign, awash with corporate money, forced the Donald Trump campaign to also employ bots, giving the Republican Party a potential advantage on the social network, the BBC reported.

Prof Philip Howard, from the University of Oxford’s Internet Institute, believes more and more traffic had become automated. He told the BBC that bot accounts were exclusively tweeted hashtags linked to one – but not the other – candidate at least 50 times a day over one of the four-day periods.

But other experts have noted that the method is not foolproof as it would include some of the candidates’ most enthusiastic supporters. One Clinton follower, not a bot, who posts messages about the candidate dozens of times a day, also objected.

But analysts say neither Facebook decided the election the next president of the United States nor Donald Trump’s ability to wage a successful Twitter war with celebrities and news outlets.

Since the “surprise” results of the 2016 presidential election, the globalist media outlets have been inundated by stories of how, based on algorithms that limit exposure to diverse news, bots are responsible for spreading “fake news”. Lately the “anti-Trump” German chancellor Angela Merkel has also joined the chorus of the “fake news” and “bots” proponents, as an excuse to justify her recent calls for censorship

But experts in the business, are all too familiar with exaggerated claims about technologies’ social implications.

Despite media coverage that suggests otherwise, few social media are ubiquitous. While most Americans are on the Internet, and about 70 percent of online adults use Facebook, other social media sites, including Twitter, Pinterest, and LinkedIn, are used by less than a quarter of the adult online population. When people are asked if they “get their news” on Facebook or other social media, about half say “yes,” which is less than a third of all online adults.

Yet this exaggerates the role of social media as a source of hard news on public affairs. Many Americans think the Kardashians and their local sports teams qualify as “news.”

When asked to recall where they got their news concerning a specific hard news issue, TV and radio dominate as sources. The average Facebook user clicks on only 7 percent of the hard news content available on their feeds. Far more Americans get their news from television than from social media.

Half century of communication research shows that real, or fake, news through any media simply changes opinion in favor of a story or ad. Fake or exaggerated negative news may even produce a backfire effect that strengthens opinion in the opposite direction the story intended.

There is certainly no evidence that Trump supporters dominated the social media landscape. In fact, collected data on what social media were used by potential voters, Hillary Clinton supporters were significantly more likely to be on both Twitter and Reddit, two platforms that the media often associated with Trump enthusiasts (33 percent vs 21 percent on Twitter, 14 percent vs 9 percent on Reddit). Only a fifth of Trump supporters ever visit Twitter and less than 10 percent ever visit Reddit. It is hard to imagine that this paltry level of engagement could swing an election.

The argument that social media encourages people to interact in isolated ideological spheres more than they did before is not supported by evidence. Studies have consistently found that Facebook use is associated with knowing a greater variety of people from all walks of life.

While anecdotal evidence looking at hateful tweets and Reddit threads may suggest that such content is upsetting to some, there is simply no systematic empirical evidence that this type of engagement was a defining feature of the election.

If media did play a role in deciding the results, it was in the mass media where Trump outperformed his rival, and probably because of all the wildly negative coverage he received from almost all outlets.

Americans’ attitudes toward diverse ethnics groups have changed. This is the real story about the election. Since early in this century, rates of tolerance toward ethnic groups have fluctuated, with views that frame immigrants as a burden sharply concentrated among those who see themselves in direct economic competition: white men without a college degree. No wonder Donald Trump’s message resonated so strongly with this demographic.

Trump’s message of support to a struggling group won him this election, not social media algorithms. It may not be a coincidence that the same demographic that is most likely to be disconnected from the internet was most likely to vote for Trump.