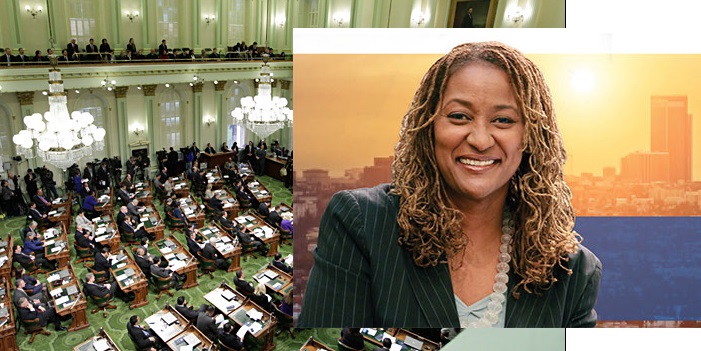 One of California's achievements of 2016 has been the legalisation of child prostitution by default.

As from 2017, prostitution by minors will be legal in California.

Travis Allen, a rare California Republican serving in Sacramento, noted in an op-ed published by the Washington Examiner, “immunity from arrest means law enforcement can’t interfere with minors engaging in prostitution — which translates into bigger and better cash flow for the pimps.”

It essentialy bars the police from arresting sex workers who are under the age of 18 for soliciting or engaging in prostitution, or loitering with the intent to do so. So teenage girls (and boys) in California will soon be free to have sex in exchange for money without fear of arrest or prosecution.

In the actual text of the legislation, Senate Bill No. 1322 (SB1322), on the first page it is noted that while “existing law makes it a crime to solicit or engage in any act of prostitution” SB1322 “would make the above provisions inapplicable to a child under 18 years of age.”

The LA Times pointed out, that the bill was authored by Los Angeles Democrat Holly Mitchell, based on thinking that keeping young children out of the juvenile justice system, and putting them in the care of Social Services, would contribute towards their rehabilitation. In 2014 Gov. Jerry Brown had signed legislation placing sex trafficking victims without legal guardians under the authority of the under-funded dependency system.

The legislation was written and passed by the progressive Democrats who control California’s state government with a two-thirds “supermajority”, because SB 1322 drew the support of a large coalition of advocates who all said the bill was a step in the right direction, The Washington Examiner reported.

But law enforcement officials opposed the move, saying the state’s child welfare system does not have the required resources.

“Right now, service groups are struggling with what they have in place — there [are] just not enough resources,” Jane Creighton, coordinator of the human trafficking unit at the Los Angeles County District Attorney’s Office, told the Los Angeles Times in August. “I am not saying these bills should never pass. But we are not ready for them right now.”

Various other district attorneys’ offices in the state have expressed a similar apprehension toward the law, NBC News reported.

So while Mitchell’s efforts may have been well intentioned, the unintended consequences resulting from the practical application of this law, is decidely negative.

As Alameda County District Attorney Nancy O’Malley, a national leader on human trafficking issues, told the media, “It just opens up the door for traffickers to use these kids to commit crimes and exploit them even worse.”

Another prosecutor told Allen that if traffickers wrote legislation to protect themselves, “it would read like SB 1322”.

Democratic-sponsored bills in the state often defy belief. An estimated 50 000 convicted criminals will be voting in the next state election, many from their jail cells, and state employees will be forbidden from traveling on business to states which prohibit transgender bathrooms.

AustinMeta chief Mark Zuckerberg and his counterpart at Google, CEO Sundar Pichai, secretly made a 2018 agreement to split the digital advertising market between the two IT giants, according to recently revealed allegations by senior US government officials.