Preparing for war? 3 500 US troops to NATO’s eastern frontier

The largest shipment of US brigades since the collapse of the Soviet Union is arriving in northern Germany. The first of the 87 tanks and 144 military vehicles were being unloaded in the port of Bremerhaven.

The equipment and 3 500 US troops are to be deployed along NATO’s eastern frontier. The deployment aims to allay worries of “potential Russian aggression” in eastern Europe. The deployment includes 87 tanks, 18 howitzers; 419 humvees, 144 Bradley Fighting Vehicles, 446 tracked vehicles, 907 wheeled vehicles, and 650 trailers.

The arrival of the equipment and troops marks the start of a new phase of the US’s “Operation Atlantic Resolve”. The new NATO forces will gather first in Poland, then fan out across seven countries from Estonia to Bulgaria, while a headquarters unit will be stationed in Germany. 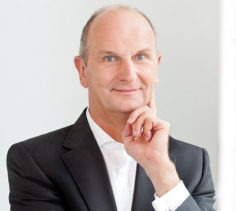 Dietmar Woidke, social democratic Prime Minister of the left-wing regional government of Brandenburg – one of the German states through which the American brigades will be transported over the next two weeks – has criticized the military march. Woidke expressed his concerns that the relationship with Russia could be worsened because of the NATO troop employment.

“I hope that we all keep calm,” Woidke told German RBB state channel. Woidke’s party – the SPD – is not commenting the deployment of NATO troops. In Berlin the SPD governs in a coalition with the CDU/CSU party of chancellor Angela Merkel. Both parties strongly support NATO and the latest anti-Russian moves.