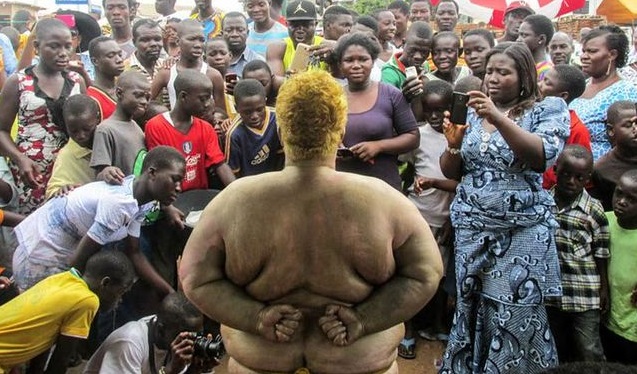 A small Afrikaner opposition party in the South African parliament, has issued a statement critical of an exhibition in the National Art Gallery which consists of only the offensive words “Fuck White People”.

The exhibition in the National Art Gallery in Cape Town consists of only the offensive words “Fuck White People”, and was funded by mostly white taxpayers.

The FF Plus has called on the museum to remove it without delay. The leader of the FF Plus, Pieter Groenewald, says members of the public approached him about the exhibition, and he also became aware of the huge dissatisfaction being expressed on social media.

Groenewald says in times where racial relations are extremely sensitive, and where whites who dare utter mildly racist comments are severely punished by courts, the exhibition is short-sighted, and it is experienced by many people as inflammatory.

“The museum has a big responsibility to act with greater circumspect, and seriously weigh up the freedom of speech and the expression thereof in any form against the damage that it may cause to relations in the country, especially in the prevailing climate in South Africa.

“From the artist, Dean Hutton’s, own explanation of the ‘artwork’, he describes whites, without fail, as racists.

“In the museum, there are various items which depict the period of police violence. The exhibition of Hutton has also been placed very prominently in the main entrance.

“The responsible officials at the museum will have to account as to whether they would hold an exhibition with a reversed racial message, or even an exhibition which displays the brutality of more than two decades of farm murders.

“The FF Plus is of the opinion that the relevant exhibition does not belong in the country’s National Art Gallery. It is offensive and causes friction and should be removed immediately,” Groenewald says.

“Artist” Dean Hutton has said that the Freedom Front “should avoid criticising art”.

“It would probably be best for political parties like the FF Plus to continue to use platforms such as theirs to create false hope for a white homeland in Africa and stay away from art criticism,” Hutton, who is white, told News24.

According to Hutton, reverse racism does not exist. “I would like to remind the good doctor [Groenewald] that the reverse of racism is love, and celebration of difference. ‘Reverse Racism’ is a fantasy of white people who are keen to experience the kinds of oppression that they have used against indigenous people of this country,” Hutton said.

Hutton hoped that the exhibition would open white people’s eyes to their supposed inherent evilness: “I am sure that many, and in particular the young people in your communities, have begun to wake from the indoctrination of white supremacy and are ready to learn to fuck the white in them too,” Hutton said.

“Those that are tired of compromising their humanity in exchange for the stolen benefits of 500 years of white supremacy, colonialism and genocide are welcome to email me at yesfuckwhitepeople@fuckwhitepeople.org.”

In a reply to Hutton, Groenewald told News24 that the artist should’ve expected critique.

“Everyone is entitled to their opinion, as well as the artist. If your artwork is offensive, and intended to [be offensive], as the artist mentions in the label, you must expect critique and reaction and not think that only an artist has the knowledge to criticise the work,” Groenewald said.

The National Art Gallery has not responded to a request for comment by FWM.

Born as a woman, Hutton complains that she was born in “a country that gives corrective rape to ‘cure lesbianism'”, but these rapes are committed by blacks only and do not exist in the white community, something Hutton lies about to outsiders, hoping to pose as a victim of “white” violence.

Hutton posed naked in Ghana, West Africa, in the street, as part of an “artwork” where corrective rape posed little danger, because she was surrounded by heavy security. She has not tried the same stunt in South Africa.

In 2011 a visit to New York changed her life when she decided to become a he. “I knew a community of people of non-binary genders, they identified as queer transexuals. They didn’t feel obliged to choose one of the two options.” She says she discovered her sexual non-identity: “I was so fucking queer.”

Hutton believes that “gender destruction” is a lofty goal: “Somehow it’s about to make the world become queer without the need of everyone feeling identified with it”.

The mainstream news photographer who had worked for a leftist rag before becoming an “artist”, openly welcomes and promotes violent revolution in South Africa. She told Alberto Noriega del Castillo in an interview: “We are witnessing the explosion of a system, I perceive it every day. The time to cooperate is now over and governments will militarize. It’s unsustainable not being committed with something.”