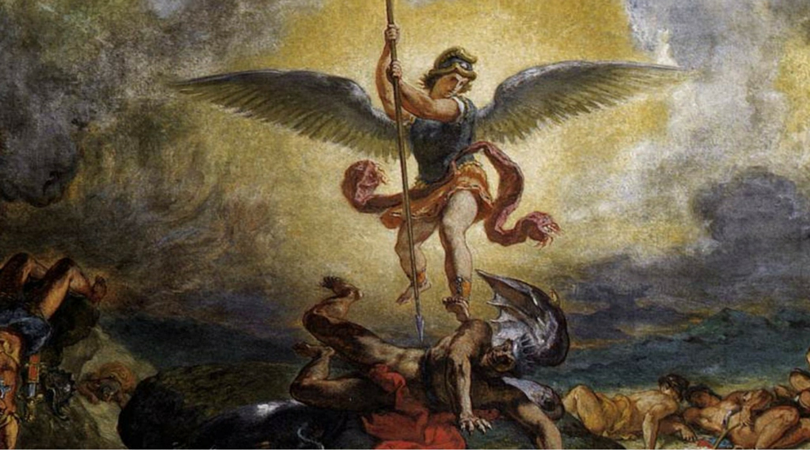 A US religious multimedia empire?

As a result of Donald Trump's presidency, a conservative religious group called Church Militant is a growing voice in the media landscape.

The nerve center for the religious group is situated in Ferndale Michigan. Church Militant, a Catholic group denounced by the Vatican, broadcasts pro-life, anti-gay, anti-feminist, Islam-fearing content on its website, churchmiltant.com.

The group is present on social media with production studios that rival those at local TV news stations. It has 35 full-time employees who publish about 10 stories and three videos every weekday.

Its leader, Michael Voris, has compared Trump with Constantine, the Roman emperor who ended the persecution of Christians, elevating Catholicism to a state religion, Voris said.

Voris has been married three times or owns casinos, but he told USA Today his personal life has an advantage: “The personal proclivities, the personal sins or life of a particular leader is a separate discussion from how that man’s view of the world might influence his policies,” Voris said. “And if that policy is favorable to the church, well then, very good.”

Many of Church Militant’s headlines are similar to those on Breitbart News, run by chief White House strategist Steve Bannon. Many of Breitbart’s articles are cited on the Church Militant website, a Christian, 501(c)(3) nonprofit organization.

“The entire established order has been thrown up into the air,” according to Voris. “What we say now has some credence. We’re allowed into the discussion.”

Its global audience is about 10 times bigger than it was five years ago, because at the heart of what they do is Catholic theology, Voris believes.

“The problem with America is America never sat down and had the right discussion about which religion is the right religion,” Voris said, adding that Trump is enabling such a discussion.

Voris denounces the “secular dictatorship” in the US. “When it comes to moral issues, look what Obama threatened: North Carolina said it would not abide by transgender bathrooms,” he said, adding that Obama said he’d “pull $30 billion of your funding. How is that not a dictatorship?”

Mark Weitzman, based in New York for the Simon Wiesenthal Center, says Church Militant is a group of “radical traditionalist Catholics” but Voris says he is not a “secret Nazi white supremacist” or a white nationalist. When the Free Press asked him about Weitzman, Voris said, “I consider him an extreme leftist Marxist, probably bordering on atheist.”