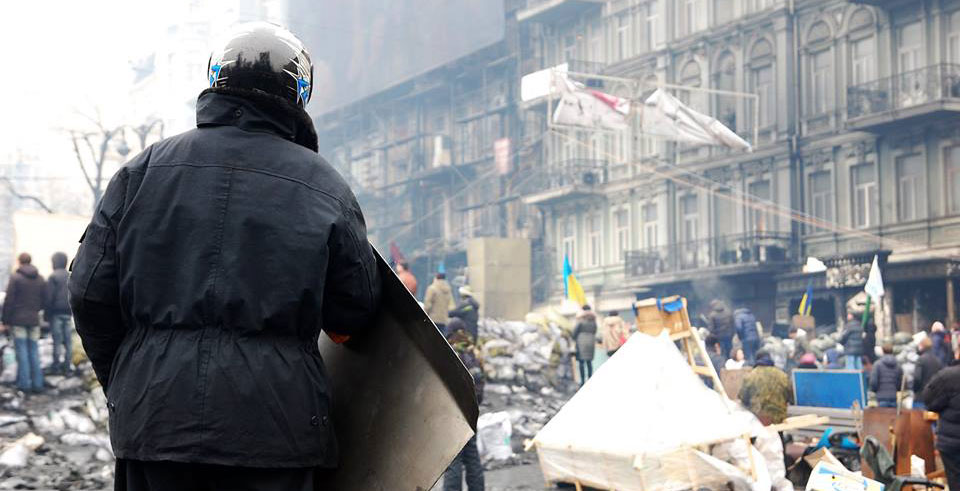 Ukraine's key “nationalist” forces signed the so-called National Manifesto — a solid plan to demolish what’s left of failed Ukrainian statehood, which has been barely keeping its head above water since EuroMaidan.

This Manifesto is a potpourri of 20 points highlighting the common goals of Ukraine’s “nationalists.” But in reality, this is a program of total destruction of the remains of Ukrainian statehood. It is a mix of nonsense, megalomania, and staggering ignorance of political and economic realities.

Indeed, this text is yet another testament to Ukraine’s inability to forge an authentic national identity after obtaining its independence from the Soviet Union in 1991 as a somewhat artificial state. Historically, Ukraine is mentioned as a landmass on the “outskirts,” literally, of the Russian Empire. There are no references to Ukrainians in 19th-early-20th-century censuses, despite the presence of numerous other ethnicities in these documents, including Poles, Finns, Armenians, Jews, Greeks, Lithuanians, Bulgarians, Germans, Tatars, and others. (At times, there are references to Malorosy (“little Russians” as a subcategory of Russians) populating what today is central Ukraine.) As a nascent Soviet Republic, Ukraine underwent the policy of korenizatsiia—“indigenization”—producing Communist cadres in the Soviet regions through boosting, and, at times, creating, local ethnic cultures loyal to the new revolutionary government. By the mid-Soviet period, Ukraine had already gained land — and millions of people — that was historically Russian in the south and the east and historically Austro-Hungarian, including parts of partitioned Poland, in the west. Thus, by the time of the Soviet collapse, this new country inherited a patchwork of conflicting identities and regions facing different directions culturally, historically, and even geopolitically. Yet instead of pursuing a policy of consolidated statehood and forging a cohesive national idea that could have potentially paid off decades ahead, the Ukrainian government leaned further and further toward ethnic fundamentalism of a Western Ukrainian minority. First and foremost, this meant progressively reducing the usage of the Russian language spoken by a large segment of that country’s population. It is, in fact, this policy that ultimately contributed to the post-Maidan rebellion in Donbass.

In this sense, self-described Ukrainian “nationalists” are part of the same trajectory as the post-Soviet Ukrainian government, especially notable with the so-called Orange Revolution in 2004 and with EuroMaidan of 2013-14. They actively promote a negative identity for their country. Svoboda Party members, for instance, have made highly disparaging comments about Russians, Germans, and Poles: instead of telling their audience what Ukraine is, in their view, they focus on what it is not — by hating every single one of their neighbors.

This type of petty nationalism — ethnonationalism in its most extreme form — suits their Western-globalist backers. Indeed, these backers used Ukraine as an anti-Russian project in order to fulfill their own geostrategic and economic objectives. These range from the privatization — to the benefit of transnational corporations — of Ukrainian natural resources, such as the highly-valuable arable land, to destroying Ukraine’s historic, economic, and cultural relationship with Russia to the detriment of both.

A look at some of the points in the Manifesto gives an insight to this political confusion. That these self-declared “nationalists” seriously talk about “the creation of the united national Church with its center in Kiev” (point 20) might be interpreted as a soggy, psychedelic dream. The current breakaway Ukrainian national church led by excommunicated pseudo-Patriarch Filaret is not recognized by any Orthodox church in the world. And the pseudo-Patriarch himself is known for his bizarre and arguably un-Christian statements, such as calling for Donbass civilians to wash away their sin of independence with blood and suffering. This narrative fits well with the wish of reopening “nuclear capability as the fundamental basis of national security” (point 5). One can only imagine what would happen to nuclear weapons in a country that cannot even control its munitions depots, like the one in Kharkov that was the source of massive explosions and injuries just last week.

And the dedicated wish “to ensure the Ukrainian language the status of the only state one” (point 8) is none other than an assault against all the national and ethnic minorities in the still-artificial state of Ukraine, especially against the Russians, Hungarians, Ruthenes, Romanians, and even the Tatars — the latter being the minority pampered by Ukrainian President Poroshenko and his Western backers since Crimea chose its future together with Russia in the 2014 referendum.

This linguistic plan goes well with the desire “to develop a real plan for liberating Crimea and Donbass from the occupiers” (point 4). Yes, everything is simple with nuclear bombs. Crimean Tatars might not be quite so pampered when their peninsula is devastated by war, and when they are no longer allowed to use their native language, Crimean Turkish, because it violates point 8 of the National Manifesto.

These Ukrainian “nationalists” even seem to be planning the total collapse of the remains of their country’s business sector and economy. They demand to “break off diplomatic relations, block occupied territories, stop the activities of Russian business in Ukraine, impose sanctions on the Russian bankroll, goods and services” (point 3). To cut all ties with Russia, the country that has historically been its major trading partner and main investor, would be a suicidal choice for Kiev. Economic developments since 2014 prove this point: by cancelling contracts with Russia, Ukraine’s defense and aviation industries lost around 80 percent of their business. One successful airline manufacturer, Antonov, even had to be liquidated. By blocking “activities of Russian business in Ukraine,” these “nationalists” would halt important investments at the same time. Today´s economic crisis would seem like a walk in the park compared to the consequences of such an insane move.

The disaster that is the National Manifesto is particularly obvious in point 2 realting to the “new direction of the Ukrainian geopolitics”. Ukrainian “nationalists” are trying to warm up the idea of the so-called “Baltic-Black Sea Union” — a type of federation of central and eastern European nations including Poland, the Baltic states, and Ukraine. Polish leader Józef Pilsudski had the plan to create such a federation — the so-called “Intermarium” – after World War I as a counterweight against German and Russian (Soviet) “imperialism”. That plan failed. Certain Ukrainian “nationalists” are trying hard to revive the “Intermarium” idea and advertise it especially among their Polish, Scandinavian, and Baltic “comrades”. The claim is that such a federation would be “neither West nor East” but something entirely new — a sort of geopolitical “Third Position”. Yet considering geopolitical realities, it is a highly immature concept. And a dishonest one, too.

In fact, Ukrainian “nationalists” were never “neither West nor East”. They have a very clear pro-Western agenda. Oleh Tiahnybok himself is a supporter of NATO membership for Ukraine, much like Ukrainian President Petro Poroshenko. And even the 2014 presidential candidate from the militant Right Sector, Dmitry Yarosh, called in his electoral program for cooperation with the EU within the Association Agreement and with NATO.

This bogus claim of being “neither West nor East” while clearly defining themselves as Western proxies, is not just a little white lie — on the contrary, it shows the direction of the chosen sponsors for the utopian “Intermarium” federation — an assembly of unhealthy economies which already depend on billions in financial aid coming from the West, especially from Germany, the paymaster of the EU. This “Intermarium” entity is to include corrupt and inefficient state economies, simultaneously cutting off all economic ties with Ukraine’s most important investor, Russia. The result would be a Kafkaesque dystopia of poverty, violence, and anarchy — causing masses of economic refugees to cross the Oder and Neisse rivers so as to reach the German welfare state mangers.

And, in the end, what would be the best solution for the devastated wastelands of the former “Intermarium” after its collapse? A Russian-German masterplan to reestablish law and order. Both countries have a major interest in prosperity and stability in this region: Germany could repatriate the refugees which fled from this Ukrainian “nationalist” nightmare state, and Russia could secure its Western borders. The biggest loser would be Ukraine — it would take that country many decades to recover. But perhaps Ukraine is the last thing its self-described “nationalists” truly care about.