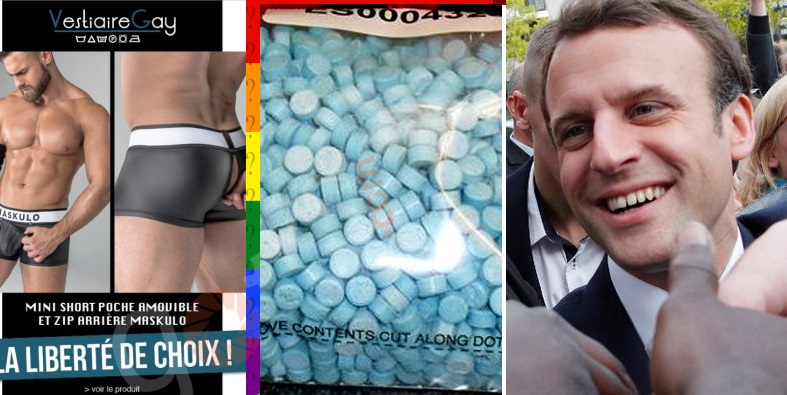 #MacronLeaks too late to influence outcome of French elections

It was the highest level of second round abstention since 1969 in France as many voters had deciced to stay away from the ballot that handed Emmanuel Macron the victory. A massive hack could not change the outcome.

Macron won the presidential election capturing 66 percent of the votes against Marine Le Pen. Some 10 percent of the ballots cast were blank, two to three times the usual share.

It means that less than half of the French had voted for Macron, but a divided opposition had handed him the victory.

Le Pen conceded to Macron in a phone call and vowed to remain his main opposition. Le Pen told supporters at a rally outside Paris. “I wish him success in the face of great challenges.” She added that the “French have elected a new president but opted for continuity”.

The youngest president ever to be elected in the country, was mean and vituperative in his victory speech and called his rival’s party “extreme”. He grudgingly saluted Le Pen, saying: “I know why people chose to vote for an extreme party.”

“From tomorrow we will modernise politics, recognise pluralism, revitalise democracy. This will be my first mission, respecting everyone,” Macron declared. He promised that the premier and government would be revealed after the inauguration scheduled before 14 May.

AFP spoke to France’s president-elect after the results were announced. Macron said “a new page has turned, that of hope and of restored confidence”.

By choosing Macron, the French voted against the “tyranny” of “fake news”, European Council President Donald Tusk said on Sunday.

President Trump too congratulated Macron on his big win and tweeted that he “very much looked forward to working with him”.

Meanwhile WikiLeaks tweeted that they had “not yet discovered fakes in #MacronLeaks” added that they remained “very skeptical that the Macron campaign is faster than us” to point out fakes.

The hack #MacronLeaks show Macron is on a gay mailing list, his top aids are buying drugs online, also for the “boss” and that women in his campaign are paid far less than the French average. Macron had described himself as “a convert to feminism” and has pledged to defend equal pay and maternity leave.

In one leaked document, Macron’s senior campaign member Alain Tourret ordered a designer drug using bitcoin to mask the purchase. The drug MMC-3 offers a combination of effects similar to ecstacy and crystal meth. Tourret was hiding his purchase because the French government classifies this drug in the same category as heroin and cocaine. He had the package sent to a government address.

A mid-level bookkeeper in Macron’s campaign was shocked to discover that parties were being paid for by Rothschild Bank. A screenshot from her e-mail exchange was released in #MacronLeaks and confirmed as real by WikiLeaks.

According to #MacronLeaks the new president of France is on the mailing list of VestiareGay, a company selling fetish homosexual underware. But the leaks were not a game-changer as they came too late to influence the outcome.

In a release to reporters, the Commission Nationale de Contrôle de la Campagne Électorale encouraged journalists “not to report on the content” of the hacked emails and even warned that those disseminating the information would face criminal penalties.

According to Reuters, activists helped amplify the leak of hacked emails researchers said on Saturday, with automated bots and the Twitter account of WikiLeaks. Analysis conducted by The Atlantic Council’s Digital Forensic Research Lab found that the hashtag #MacronLeaks reached almost 50 000 tweets in less than four hours.

​In February 2017, Wikileaks revealed that all major French political parties were targeted for infiltration by the CIA in the seven months leading up to France’s 2012 presidential election. The data was released as part of the ‘Vault-7′ leaks on CIA’s hacking activities.