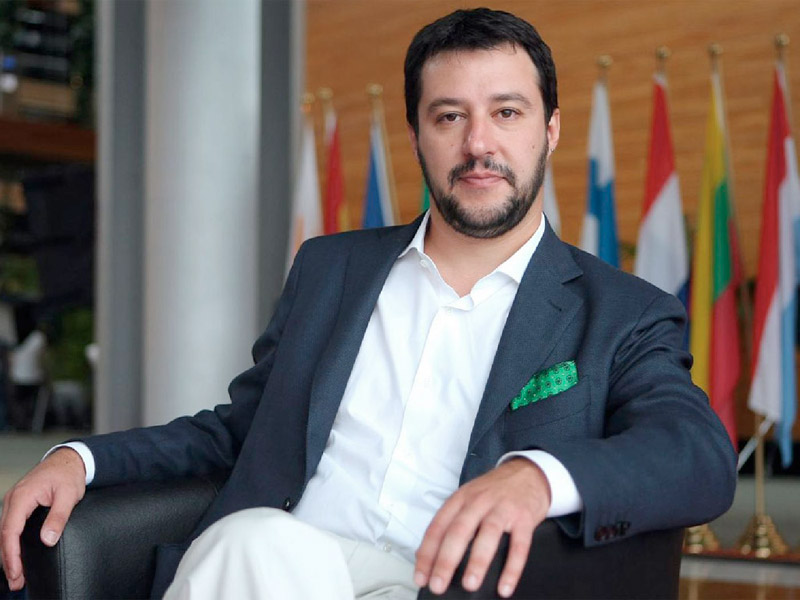 Salvini: We unite Italy against politicians in Rome and Brussels

Interview: Matteo Salvini, the leader of Italy’s successful Lega Nord party, wants to unite all Italians under the new party name Lega. The aim is to combat the hegemony of Brussels in order to defend each nation’s sovereignty as well as regional identity.

In the referendum held in the northern Italian regions of Lombardy and Veneto on 22 October, 95 respectively 98 percent of the voters supported greater autonomy. The regional governors, Luca Zaia in Veneto and Roberto Maroni in Lombardy, are both members of Matteo Salvini’s Lega Nord and lead their own branches: Lega Lombarda and Liga Veneta.

Now Matteo Salvini wants to address the whole country in order to combat the politicians in Rome ahead of the general elections scheduled to take place no later than 20 May 2018.

FWM: Mr. Salvini, what will be the political consequences of the referendum about autonomy?

– It was a great achievement not only for Lega, but especially for the citizens of Lombardy and Veneto. Now the two governors, Maroni and Zaia, will go to Rome to enforce the referendum. We will see whether the Italian government will accept the results or, as always, will do nothing. We want the democratic decision of the people to be confirmed. In any case, in just a few months this left-wing government will be sent packing during the political elections.

FWM: What are the aims of Lega Nord for Italy? Is Lega Nord still following the secessionist agenda?

– We have decided that in the next 2018 political elections, the League will be present throughout Italy without “North” in its name. We can not ask citizens of Rome, Palermo, Naples or Bari, the peoples of southern Italy, to vote for a party that has ”North” in its name. We must win the elections next spring, to return our national sovereignty destroyed by the EU and the decisions of the Renzi-Gentiloni government. They work in the interests of international bankers and not Italian citizens. They continue to bring illegal immigrants into Italy, while in the rest of Europe they are closing their borders.

Lega has not spoken of secession for several years now. We do not deny our past ideas, but the times change and today the enemies are in Brussels and Rome, and therefore we must have the support of all the Italians to win.

FWM: Your Lega party is considered the political “winner” of the referendum. What effect will that have for the upcoming national elections in Italy next year?

– I repeat that the winners of the referendum were above all Lombardy and Veneto, citizens who no longer want to give away all the vast taxes that they today pay to Rome. I also propose to other Italian regions, from North to South, to hold a referendum on autonomy similar to the one done in Veneto and Lombardy. Lega has a national project for identity, economic sovereignty, employment, and the fight against illegal immigration.

FWM: Already, liberal European media rant against Lega as one of the future leading forces in Italy. What are the chances for Lega in the next election?

– We want to be the strongest and most appreciated party in the Italian right-center. We are used to having the media against us, it’s nothing new. The corporate media has always tried to destroy us, but it has never succeeded. I’m travelling all over Italy and everywhere my political meetings attract thousands of people who want to change our country. I do not care what the media say, I focus on what the Italians will decide in the next elections.

FWM: How do you interpret the results in the latest elections in Germany and Austria?

– Immediately after the elections in Austria, I called my friend Heinz-Christian Strache, head of the FPÖ party, an ally of Lega. We are glad that Austria has sent packing the old political system and we have seen that in Germany Mrs. Merkel has had problems with the elections. It is now up to Italy to give a big signal of change. And Lega will be the great protagonist.