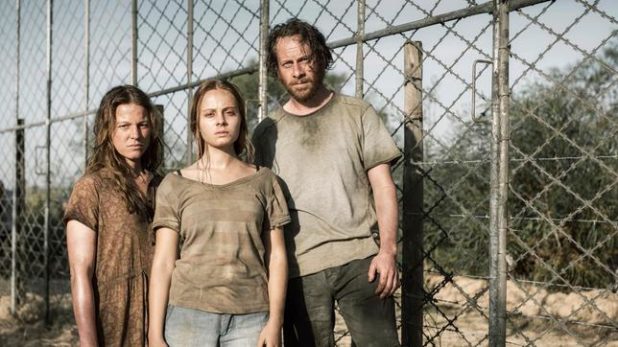 Scenes from the German TV film

A German television movie describes the fate of a family fleeing the persecution of a "totalitarian system in life-threatening circumstances" because "right-wing extremists" have taken over power Germany.

The promo for the TV film states: “In the near future: Europe is lost in chaos,” because a conservative government is leading the country.

“The democratic state that once was Germany has become a totalitarian system that persecutes dissenters, Muslims and homosexuals. Jan Schneider (Fabian Busch) has stood as a lawyer on the side of dispossessed victims. When he learns that the regime wants to jail him again, he decides to flee.”

The unlikely scenario for the film was partly funded from South Africa where international rating agencies have recently sounded a warning about the country’s poor economic prospects under an ANC government.

Global ratings agency Moody’s placed a number of major South African cities and municipalities, banks, businesses and insurance groups on review for downgrade, after it did so for the country’s sovereign long-term debt in November last year.

But the film’s promo team seems to be unaware of the downgrade. It states instead that the protagonist’s “goal is the South African Union, which enjoys political and economic stability after an economic boom.”

The main characters are eventually dumped off the coast of Namibia, a former German colony north of South Africa.

“A freighter is to bring him, his wife Sarah (Maria Simon) and two children Nora (Athena Strates) and Nick (Ben Gertz) together with other refugees to Cape Town, but the tugs put their passengers out in much too small boats off the coast of Namibia.”

The “impressive scenes” were created under the direction of Kai Wessel based on the screenplay by Eva Zahn, Volker A. Zahn and Gabriela Zerhau.

Departure into the unknown, the title of the coming film, is a production of the Hager Moss Film in a German-South African co-production with Two Oceans Production on behalf of Westdeutscher Rundfunk Köln and ARD Degeto for Das Erste, funded by FilmFernsehFonds Bayern, the Department of Trade and Industry South Africa (dti) and the national film and video foundation South Africa (nfvf).

Christine Strobl, the chief executive of national television company ARD Degeto, is the daughter of German finance minister Schäuble. Schäuble is an old confidant of Angela Merkel. He has vigorously promoted Muslim mass immigration from Northern Africa and the Middle East, stating: “Shielding [from immigation] would destroy us, would make us degenerate in incest” Der Tagesspiegel June 08, 2016, reported.