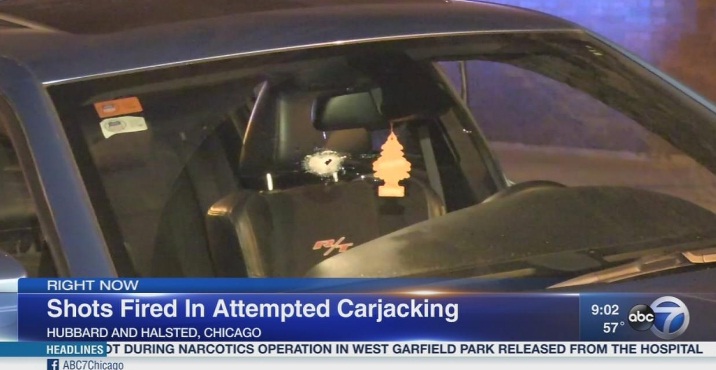 While already the murder capital of America, it appears that the police have lost control in Chicago. Residents in the city suffered more carjackings in 2017 than in any other year since at least 2007, new statistics released by the Chicago Police Department (CPD) show.

The CPD reported 967 carjackings in 2017 only days before the year ended, a sharp 30 percent increase over 2016’s 682 total, the Chicago Tribune reported on Sunday. The past three years have shown an upswing in car theft, when 898 jackings were reported.

“We constantly look at it, but to just give you a simple answer is difficult,” Chicago Police Superintendent Eddie Johnson told the Tribune. “Sometimes you can’t predict what these [carjackers] are going to do and how they’re going to do it.”

Together with the FBI, the CPD has set up a carjacking task force. They have reported that one of the most popular carjacking methods is the “bump and run,” where an ill-intentioned driver bumps into the rear end of another car only to steal the vehicle when the owner gets out to inspect the damage.

These incidents include threatening the owner with a weapon before stepping into the stolen vehicle. A Tribune reporter had her car stolen in early December only for police to recover it a week later when they received reports of a group of African American teens driving it down a road in the wrong direction.

Another car-jacking victim, Teena Christmas, 63, told the Tribune that her was car stolen as she was about to close the door. A robber pointed a gun at her head and ordered her to get out, and she did. The police eventually found it ditched in a parking lot.

“When I got the car back it looked like they had taken it to a car wash. It was so clean inside,” Christmas said. But her belongings inside the car were gone.

With 600 murders in 2017 already, Chicago remains the murder capital of America, according to data from the Chicago Sun-Times. By the end of October, the Chicago Police Department had already recorded 2445 shootings.

“People are arguing on Facebook over the color of some girl’s hair, real simple things…and they carry guns and when they finally catch each other, that’s how it be,” Derrick House, a 51-year-old former gang member-turned activist, told Fox News. “When they see the person they looking for, they don’t care who else is out there, old people and kids, they just start shooting.”

The majority of victims are African-American men, with nearly 50 percent in their teens and twenties.

Chicago’s spiraling crime rate has prompted analysis from sociologists and other experts, yet there is little consensus as to what is causing the spike in violence.

The Chicago Crime Gun Strike Force has announced a team of 20 ATF agents and 20 Chicago Police officers to curb the violence, the New York Times reported. Federal authorities described the unit as “the first of its kind in the US”.