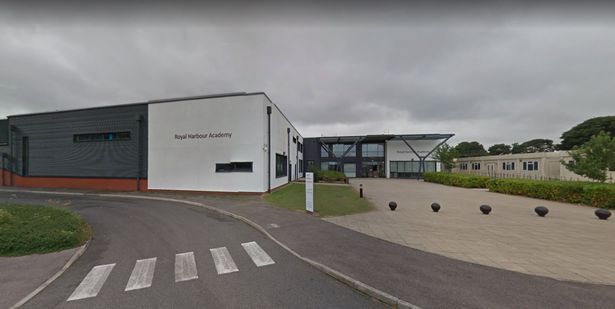 A head teacher from a school in Kent in the UK, has ruled out taking on children at his schools if they are not from Kent, because he fears another Rotherham-style sex abuse ring run by Muslims.

The head teacher of five academy schools in Thanet, Kent, has announced that they would be taking no more children in care if they are not from Kent as the area is “unsafe” and “poor”.

Luxmoore told Sky News that he refuses to take in children from care backgrounds in London at his schools. The hundreds who are being sent to Thanet are left “vulnerable and unsafe” because it is one of the most deprived areas in the country, now struggling with Muslim gangs that have taken root.

“London boroughs don’t have nearly enough foster carers in their area, so children are sent to places like Thanet, which is a poor area with high unemployment and so has far more foster carers.

“Thanet now has a large gang problem linked to London and part of that is London children who bring their gang links with them because these are kids who crave a sense of belonging and a sense of family.”

He fears “Rotherham-style” Muslim grooming gangs and says the youngsters are at risk of exploitation. “It happened in Rochdale, it happened in Rotherham, now it’s happening in Thanet.

“We should have learned the lessons as a country but we haven’t and it’s still going on all the time. We are not against helping looked-after children, we are trying to protect them by stopping them being sent to places that are unsafe.

“We are trying to provoke the government into taking some responsibility for what’s going on.”

The NSPCC spokesman tried to downplay the growing problem. He told Sky News: “The majority of children who need foster care have suffered from abuse and neglect in their birth families and they are taken into care to protect them from significant harm.

“It is often challenging to find a local placement that will meet the child’s needs but moving them outside their local area often makes it difficult to provide the best possible support to them.

“Going into care creates huge upheaval for any child so it is important to ensure they remain close to friends, wider family and support networks so that as little disruption as possible is made to their lives.”