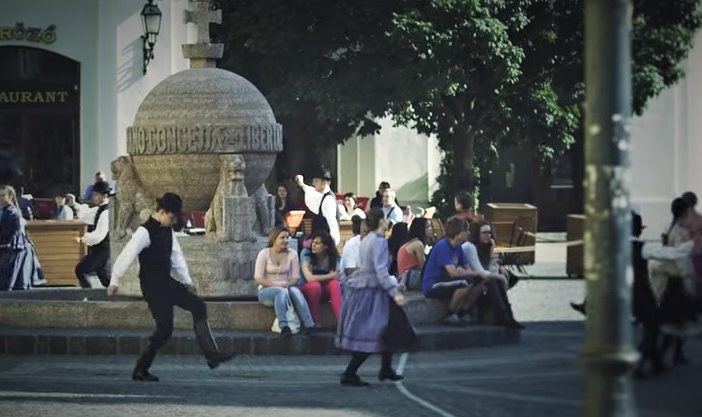 A jury has decided that one of the participating towns in the European Capital of Culture contest (EKF 2023), is “too white and there are not enough migrants”, an online Hungarian news portal reported.

With only seven semi-finalists left, the Hungarian town of Székesfehérvár thought a promotional film showing the town’s most attractive sites, including happy couples and smiling children playing, would up their chances of winning.

But the EU’s jury rejected their submission and instead denounced Székesfehérvár’s debut film: “There are too many happy white people and crosses, and not enough migrants,” the jury declared.

One of the European Union’s officials complained: “This is the propaganda film for white Christian Europe; everyone is white, happy and dancing in the streets.”

The mayor said the criticisms by the film committee against Székesfehérvár were surprising: “We had left the poor and the migrants out of the film, but at the same time, there were too many crosses, churches, and even worse, the attitude of the city, because they regarded this as a [negative] value.”

One member of the Commission and one Belgian politician objected to the fact that the foundation and identity of the application was determined by Greek, Roman and Christian history.

“Yet this value system gives the European diversity which makes us proud of Europe and for which I say that this hearing was not a European-style hearing. Neither in style nor in the content was it about searching for a European Capital of Culture,” said the Mayor, announcing that he would ask the General Assembly to reject the jury’s complaints.

The jury decided to recommend the entries of Győr, Debrecen and Veszprém as finalists for the European Capital of Culture.

A study, published on May 22 in one of Britain's most prestigious medical journals, was compiled by means of bogus data from a company called Surgisphere to trash the best and the most safe early treatment currently available to patients against Covid-19.