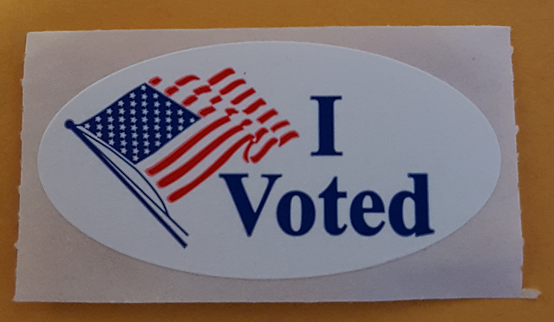 A former US federal prosecutor, through his work with the Public Interest Legal Foundation, is leading an effort to expose the extent of illegal immigrants voting in US federal elections.

Officials have been stonewalling release of official data, says J. Christian Adams, even as evidence is mounting that should alarm American voters concerned with election integrity.

Adams says illegals voting in the US has had far more influence on the country than any Russian ads on Facebook may have had.

The move came after the Pennsylvania Department of State (DOS) refused the PILF’s rights to inspect or be furnished documents related to noncitizen registered voters either reporting their own unlawful activities or discovered thanks to a joint study with the Department of Transportation (PennDOT).

These actions constitute a violation of the National Voter Registration Act of 1993. The study was launched in September 2017 after Pennsylvania officials admitted to a “glitch” that offered illegals “voter registration opportunities”.

Prior to the study, election officials only took actions to remove ineligible noncitizens from the voter rolls after they self-reported their status. Due to the DOS’ intentionally limited transparency, a full accounting of how many registered and voted remains unclear.

“For months, Pennsylvania bureaucrats have concealed facts about noncitizens registering and voting—that ends today,” Adams said. “Before this lawsuit, the State admitted to a ‘glitch’ that exposed thousands of driver’s license customers to voter registration offers despite their noncitizen status since the 1990s. The Secretary of State abruptly resigned. DOS officials blocked federal public inspection rights. The PILF hopes to finally get answers about the true scale of noncitizen voting in Pennsylvania and assist lawmakers in crafting reforms that fix it.”

In Chicago, the new CityKey ID card was designed to provide legal identification to illegals, the homeless and those recently released from prison to qualify as a legal form of ID for the Illinois Board of Elections to accept, said a spokesman for the agency.

State Board of Elections spokesman Matt Dietrich told Illinois News Network that election authorities in the state will accept such a document when someone registers to vote.

“When you go to register to vote, you do check a box that attests to your citizenship,” Dietrich said. “You are signing a legal document that says, ‘Yes, I am a citizen.’ But no one who registers to vote is required to bring in, for example, a birth certificate or other proof of citizenship. That’s something that you check the box, and you attest to it.”

During Fox News’ Tucker Carlson’s interview with Chicago Alderman Ameya Pawar, who wrote the law for CityKey, claimed registrants had to produce a birth certificate to register to vote – a claim shown to be untrue.

The state of Illinois has no state requirement to prove citizenship when registering to vote except taking people’s word for it.