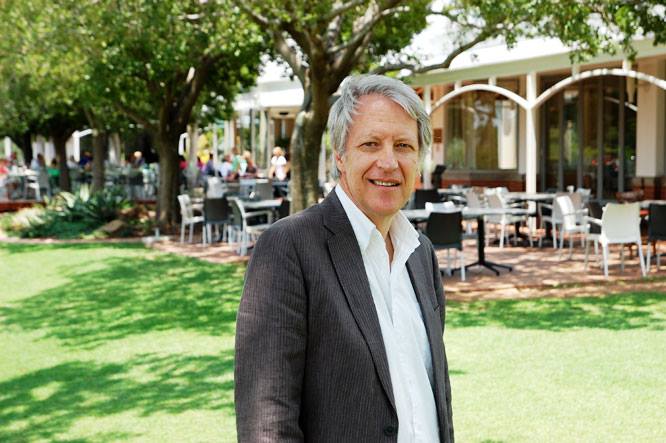 The new South African president, Cyril Ramaphosa, has pledged to 'expropriate white-owned land without compensation', causing panic among the country's farmers. Will it plunge the country into Zimbwean-style chaos?

Julius Malema, the leader of South Africa’s radical Afro-Marxist party, the EFF, crowed with delight on 27 February when parliament adopted his motion for the “expropriation of land without compensation” from all people of European descent. The issue has now been referred to a parliamentary committee which will propose an amendment to the country’s constitution, in order to remove all legal obstacles that might impede such a step.

The combined majority of the EFF (Economic Freedom Fighters) and the ANC (African National Congress) exceeds two thirds of the South African parliament, which will enable them to change the constitution which still nominally protects property rights in Section 25. Once the constitution has been adapted to make land grab legal, the process of “expropriaton without compensation” will start.

Not satisfied with the clichés spread by the mainstream media, I recently started brushing up on my knowledge of South African land ownership. After all, as celebrity YouTuber Lauren Southern confided to me during our conversation in Johannesburg in January, “the complexity of your history is overwhelming”.

During the writing of this article, I tried to find out from the Swedish ambassador to South Africa, Cecilia Julin, how she felt about people being deprived of their property simply because they happen to be… white or of European descent. Julin had previously tweeted that Sweden was proud of its role in bringing the violent, terrorist ANC regime to power through its financial and other contributions. “Certainly no shame or regret in Sweden having supported the arrival of democracy and end of apartheid in South Africa,” she said in her tweet.

As I dug deeper and deeper into our history, a chill ran through my spine because I realised to what extent our tragic subjugation in South Africa is being replicated in Europe, including Sweden, today. There can be no doubt that South Africa is our country as it was virtually empty when we settled it in the first two centuries after 1652. In 1936 there were only 5,6 million black people who were largely confined to remote tribal areas. In only eighty years, that population has multiplied by eight, to more than 40 million. Scared of having its votes taken from the extreme left by the EFF, the ANC has now simply adopted its rival’s radical policies.

A week ago I visited a farm next to the Vaal River where the same family has lived for generations since 1838. How can the ANC regime simply expropriate that family’s property and hand it over to migrants? Because, essentially, that is what most black people in South Africa are: migrants. They crossed our borders illegally or they moved from a few distinct tribal areas where their own primitive methods of agriculture could not sustain their rapidly growing population.

Multi-ethnic states are prone to conflict, as we know. During the mudslinging over land ownership, which included thinly veiled threats of war from Julius Malema, the official lie was repeated over and over that “blacks only own 4% of agricultural land”. A more realistic survey done by economist Johann Bornman and published in October last year, found that “in three of the most fertile provinces – Eastern Cape, KwaZulu-Natal and Limpopo – more than 50% of agricultural potential is in black hands”.

A large portion of South Africa (70%) consists of the Karoo desert which is entirely unsuited to agriculture, except for a hardy breed of sheep that may be kept in small numbers on extremely large tracts of land. In the racial statistics game played in this country, the barren desert area is usually included as “land under white ownership”. However, it has long been known that blacks own the best parts of South Africa, with the highest rainfall and most fertile land. Yet the production from those areas is negligible and mostly limited to the subsistence level while the white farmers have had to make the most of semi-arid areas with inconsistent and low rainfall. It took white families decades, even centuries, to painstakingly build up productive, commercial farms.

According to a government report released on 5 February this year, blacks “own only 4% of agricultural land”. This figure was meant to justify the new radicalism around land ownership adopted by the ANC’s executive in December 2017, and was inaccurate. It also excluded tribal land that has never fallen under the Western system of title deeds; these tribal areas constitute about 8 percent of the country’s surface area.

If the agricultural potential of land is taken into account, blacks already own more than 50% of the best land in the country. Despite receiving aid money from the government and from the EU, production on this land is actually declining.

From the 1990s onwards, South Africa’s ANC regime has thrown huge amounts of money at trying to dislodge white, middle-class families from their land. The Financial and Fiscal Commission published a report in 2016 in which it was found that government had already spent R60 billion (about 4 billion euros)  since 1994 on so-called “land reform”, with very little to show for it. The report stated that “most land reform farms show little or no agricultural activity”. In the three rural provinces of Limpopo, Kwazulu-Natal and the Eastern Cape, “land reform farms” showed a 79% decline in production. What the South African government is doing, is essentially using taxpayer money, as well as aid from the EU and even the Nordic countries, to destroy its own agriculture through racial targets for land ownership.

Where the EU is not involved in direct interventions to undermine South African agriculture performed by whites, it gives financial support to radical left-wing NGOs that spread ethnic propaganda against landowners and falsify South African history. One such NGO is PLAAS (Institute for Poverty, Land and Agrarian Studies) that has a British Marxist, Ruth Hall, as one of its prominent employees.

Job losses on “land reform farms” in the three rural provinces amounted to 84%, with Kwazulu-Natal recording a high of 94%, according to The Financial and Fiscal Commission report of 2016.. Instead of these failures giving the government pause for thought, it wants to emulate Zimbabwe’s catastrophic policies in entering into large-scale, communist-style land confiscation from middle-class owners.

The bizarre thought process underlying South Africa’s land reform can only be understood by stepping outside Western logic. Only last week, the country’s new president, Cyril Ramaphosa, solemnly assured the ratings agency Moody’s that “accelerated land reform would unfold within a clear legal framework and without negatively affecting economic growth‚ agricultural production and food security”. Given South Africa’s experience so far with “land reform”, this is clearly impossible.