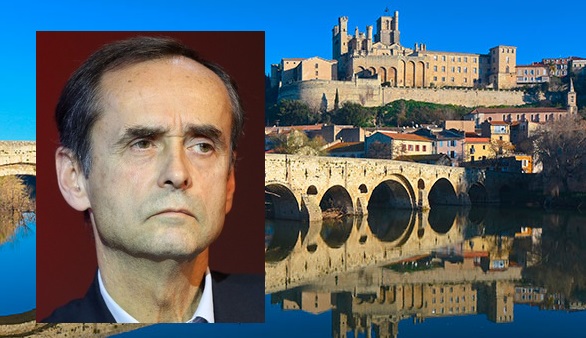 Robert Ménard, the mayor of the town of Béziers in the South of France and a member of the Front National, blamed Islam for France's social ills. He was assaulted for stating some facts.

French authorities regularly blame difficulties in “sensitive urban zones” on the failures in urban planning. They say there are too many high-rises, not enough job-training programs, and inadequate infrastructure.

But Ménard said the primary problem, which nobody else dares mention, is actually Islam not shoddy urban planning.

The mayor was invited to a TV debate with host David Pujadas on the planning programs of Jean-Louis Borloo, leader of the Union of Democrats and Independents, and French ex-Minister for Ecology, Energy, Sustainable Development and Town and Country Planning between 2007 and 2010.

The mayor explained how their town had received huge amounts of money to change the urban landscape, but it yielded zero results. “One hundred thirty million euros! [In] this neighborhood we demolished the high-rise, [with all the] concrete reinforcing bars; we build smaller buildings.

“It has never been as much a ghetto and apartheid as now! So you have to stop talking nonsense,” Ménard interjected.

He continued: “Jean-Louis Borloo says: ‘We finished the real estate; now we have to take care of the jobs, public services, and all the rest’. But that’s not the problem! The problem in those neighbourhoods is Islam!”

On Saturday afternoon in Saint-André-de-Cubzac, Gironde, where Ménard was invited to speak by an association of conservative elected representatives and elected officials close to the FN, the mayor was physically attacked by leftist activists after the TV debate.

“Today I was attacked physically by fascists of the left,” responded Robert Ménard on Twitter, saying that his attackers were “encouraged” by the local branches of the Socialist Party, the MoDem and President Macron’s party REM. A call to the rally to oppose this visit had indeed been launched during the week.

“The authorities were aware of this mobilization of extremists: they let it go, however,” he said.

According to reporters from regional French outlet Sud Ouest, who revealed the information, Robert Ménard was even thrown to the ground before finally being able to join his audience

The local paper actually reported “the notable absence of the gendarmes”. This was denounced by the companion of the city council, the MP Emmanuelle Ménard, who judged this attack “inadmissible”.

According to a statement from the town hall of Béziers, Robert Ménard announced that he had lodged a complaint against the assault, which the gendarmerie confirmed to AFP.

He has also received the support of other conservatives, such as Eric Ciotti, Nicolas Dupont-Aignant and the former Minister of Transport Thierry Mariani, a member of the Republicans pleading for a rapprochement with the Front National.