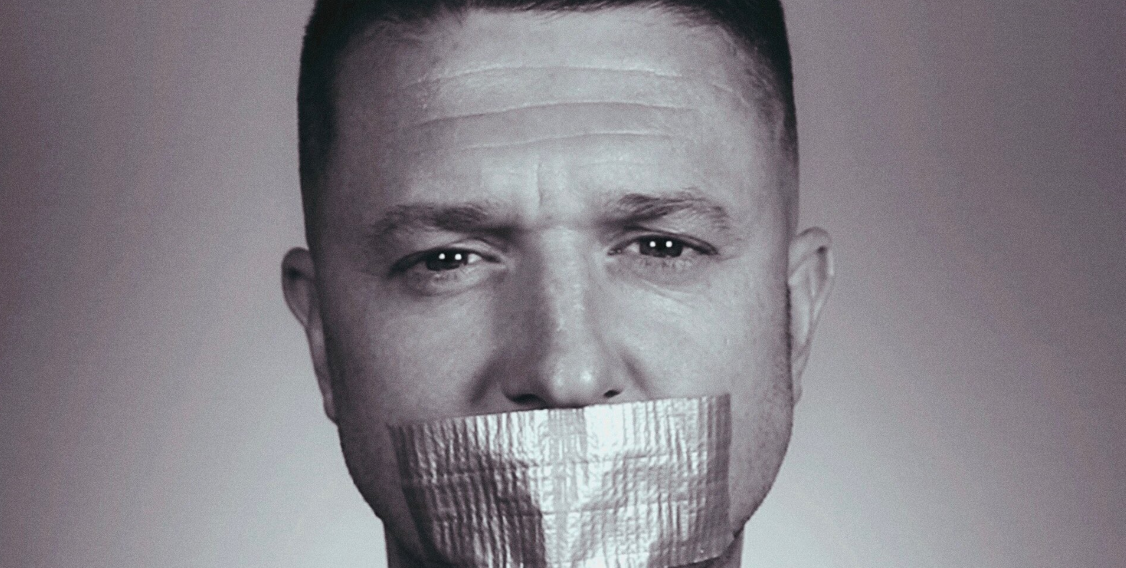 It has been called "Orwell’s Nightmare" after reports about the arrest and imprisonment of activist Tommy Robinson were quickly scrubbed from the internet because of a UK government-imposed media crackdown on reports exposing Muslim crimes against British children.

Robinson, 35, was arrested on Friday for suspicion of “breaching the peace” while livestreaming to report on the trial of a Muslim child grooming gang. He will now have to serve a prior 13 month suspended sentence for a similar offense.

Tommy Robinson has been arrested in Leeds court for reporting on grooming gangs. More updates to follow pic.twitter.com/iEPDoNOKHM

He was outside the Crown Court reporting on the pedophile grooming trial. Within only six hours of his arrest, Robinson was handed a 13 month prison term for violating a prior suspended sentence.

There is a real risk that Robinson may be killed in prison by Muslim gangs who have threatened to do so, Robinson himself had warned earlier.

Media outlets, meanwhile, have been banned from covering Robinson’s arrest. Reports by the Daily Record, Birmingham Live, The Mirror, RT and Breitbart News were taken down within hours following Robinson’s detention.

The leaked gag-order imposed by the British government prohibits “any report of these proceedings” because it “appears to be necessary for avoiding a substantial risk of prejudice to the administration of justice in these proceedings”.

The UK independent reporter Caolan Robertson, says Robinson was arrested outside the Leeds Crown Court on Friday morning as he was covering the trial of ten Muslim men for offenses including child rape, trafficking, and supply of Class A drugs to children.

“A big police van with about seven police officers pulled up and arrested [Robinson] and told him to stop live streaming,” Robinson’s producer told RT before their article was taken down from the internet. “No peace has been breached – there were two other people there and he’s been perfectly quiet talking into his phone. [The police] said nothing about the court proceedings. It’s very strange.”

I won't stop. Here's the gag order & here's the judge smiling as Tommy is about toget arrested with one of the officers involved #freeTommy pic.twitter.com/iKjtT6Amwe

Robinson was arrested for not adhering to conditions of a suspended sentence from an arrest last year for contempt of court when he had also tried to film Muslims who had been accused of pedophilia outside a court in Canterbury.

Tommy warned us about these rape gangs.

You laughed and called him a racist

Tommy will die in prison at the hands of these gangs.

You will laugh and say it served him right

Then you will remember YOU have a daughter #TommyRobinson https://t.co/CkT9s3UA5i

A huge group of protesters gathered outside Downing Street to express outrage and share information about the situation. They chanted: “Shame on you!” Some 90 000 supporters signed a petition to “Free Tommy Robinson” within 24 hours.

The large group later moved to Parliament Square where dozens of police officers had to wrestle with supporters pushing towards the gates. No arrests have been reported.

I don’t agree with everything he says, but being arrested for filming a news story outside a courthouse, and imprisoned within 6 hours sounds dystopian #FreeTommy

A group of 29 Muslim defendants, mainly from Pakistan, are being tried for historical sex offences against white children, split into three trials. Robinson was arrested at the second trial, while the first is ongoing.