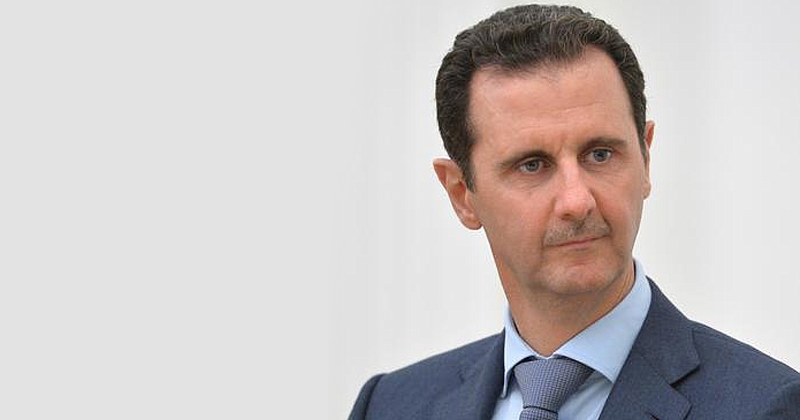 Syria's President Assad has accused three Western powers of orchestrating a "PR stunt" to give them a pretext to attack Syria.

In an interview with The Mail on Sunday, Assad said: “The UK publically supported the White Helmets that are a branch of al-Qaeda, al-Nusra, in different areas of Syria. They [Britain] spent a lot of money, and we consider the White Helmets to be a PR stunt by the UK. So yes, definitely, it was staged by these three countries together, and the UK is involved.”

Without evidence that an attack even took place in Douma, Assad said: “The crux of the issue is that they need to undermine the Syrian government, as they needed to change and topple the Syrian government at the beginning of the events of the war in Syria. They keep failing, they keep telling lies, and they continue to play a war of attrition against our government.”

Prime Minister Theresa May justified Britain’s participation as “legal” aimed at alleviating suffering. According to President Assad the same logic could be applied “when Britain and the US attacked Iraq illegally in 2003, killed millions, caused mass destruction, let alone the number of widows and amputees… any government has the right to attack the UK or the US if it thought the act was justified, legal and allowed under international law to alleviate human suffering”.

Syria has been at the forefront of the international campaign against ISIS terrorists, Assad noted. “No other party is doing the same, even partially. If you want to talk about the West and the Western military alliance led by the Americans, actually it has been supporting ISIS, because they’ve been attacking the Syrian Army whenever we attack or we’ve been attacked by ISIS; the last incident happened only days ago, when ISIS attacked the Syrian Army and of course we defeated them, and in response the Americans attacked our troops in the eastern part of Syria.”

Assad denounced the new French, US and British “colonial policy” aimed at Syria. “They have never changed this policy since the old way of colonialism that existed in the beginning of the 20th century and the 19th century and before, but today it’s covered by, let’s say, a new mask, or different masks.”

The presence of ISIS in Syria provides an excuse for US forces to remain, one analyst argued. Blogger Moon of Alabama said: “There is sneaking suspicion that the US directed the ongoing ISIS attack on Abu Kamal to gain control over the crossing and to disable road supplies from Iran through Iraq into Syria.”

In May senior US officials convened a press conference and singled out Abu Kamal as a location of interest for US forces in the near future.

If ISIS crosses the Euphrates and takes Abu Kamal, the US would force ISIS out to take over the border town on the pretext of fighting terror. “It would thereby hold both main road crossings between the government held parts of Syria and Iraq. The much feared ‘Iranian corridor’ from Tehran to Beirut would be interrupted. Syria’s economic exchange with Iraq would continue to be hampered.” The US would thereby gain leverage for “regime change” negotiations in Syria, the blogger believes.

The UAE receives Syria’s Assad: Give peace a chance!

When John Lennon sang “Give peace a chance” in 1975, Syria was expecting a military rebellion by the extremist Muslim Brotherhood organization – listed as a terrorist group in many countries – whose goal was to overthrow the secular government in Damascus and establish a regressive state based on Sharia laws.