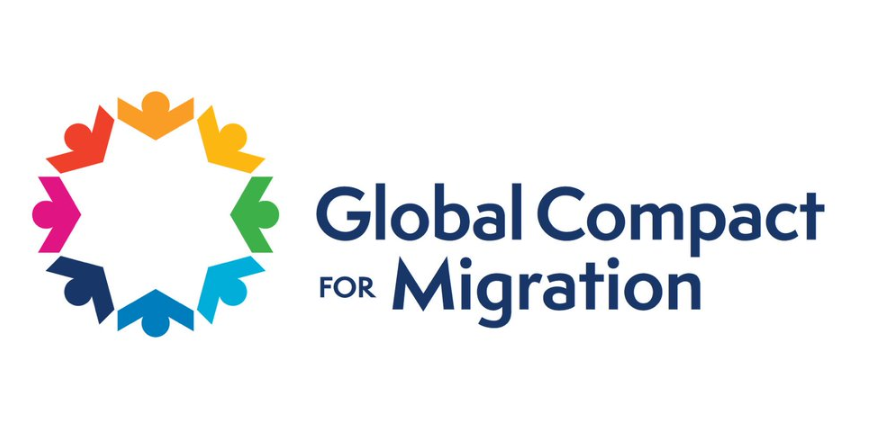 Merkel admits that UN Global Compact on Migration is binding

In a government debate in the Bundestag, Chancellor Angela Merkel presented herself to the deputies. Responding to questions by the AfD about the UN Migration Compact, the Chancellor made it abundantly clear that the deal would be binding.

Merkel, in a heated argument with several AfD MPs on the issue of the Migration Compact, said that because she is a physicist, the “number” of countries supporting the Compact, constitute a majority and therefore the deal will be binding.

She accused the AfD of launching a campaign against the UN deal. During the government debate in the Bundestag on Wednesday, she responded to a question by AfD MP Martin Hebner on the UN Migration Compact – and accused the AfD of having spread “misinformation” about the international agreement.

In the frank exchange, Merkel admitted that the Compact will be adopted as a rule for all UN Member states once enacted, because a majority of states have agreed to it. In the debate, Merkel repeatedly sharply attacked the AfD.

Merkel’s party has given its broad support to the United Nations Migration deal after discussing the proposal within the governing grand coalition at the end of November. On Monday the deal was accepted at a UN summit in Morocco.

Hebner challenged Merkel openly: “You can see for yourself clearly that during the conference, the spokesperson for Morocco emphasised that the agreement was legally binding. He said clearly, in a literal sense, that there is a corresponding legal bond for all nations taking part as well as an obligation of implementation. You and your delegation did not raise a single word of objection to that statement but idly accepted it. I would like to emphasise that the parliamentary motion was not presented at the conference.”

Merkel’s response not only confirmed what Hebner had pointed out – underscoring that the deal is indeed binding – but also that once it has been voted and accepted, it will be binding for all member states.

“So then, during the UN General Assembly next week, the pact will once again be up for debate and a decision will be made on whether to accept it. At this time, a member state can demand a vote. When two-thirds of the represented countries agree then it is valid for all. That’s how majority decision-making works,” Merkel said in response.

After exchanging views on the number of EU states that support the Compact, Merkel also emphasised: “As a physicist, I’m concerned with the numbers around the truth.”

The AfD parliamentary director Bernd Baumann also accused the federal government lowering deportation numbers, but Merkel rejected this. When Baumann reiterated this without once again formulating a question, Merkel curtly responded: “I do not share your assessment.” But she could give no further details.

Mainstream media has presented the deal as non-binding.

A majority of governments signing the agreement have not debated it in their national assemblies and parliaments and open discussions have been censored. Although the UN migration pact is allegedly “non-binding”, many of its 23 objectives imply that the countries must be abiding by prior intergovernmental agreements such as 2030 sustainable development goals, as in objective 20.

Moreover, it enables unelected UN bureaucrats “who are immune to imprisonment for breaking local laws” to meddle in the legal framework of sovereign countries.