Alain de Benoist: ‘Europe is a colony of the financial markets’

The well-known French writer and philosopher Alain de Benoist, in this exclusive interview, gives his views on what he calls the occupied continental Europe and current events such as the US attempt to stop Nord Stream 2 and the power of markets.

What impact does the occupation have on the occupied? Liberalism recognizes only one form of sovereignty: that of the individual. Thus peoples, nations and cultures are seen as merely aggregates of individuals whose essential relationships are reduced to legal contracts and market exchanges. Europeans have become consumers in the Anglo-American sphere – they are no longer citizens of their respective countries, de Benoist believes.

Mr de Benoist, the US ambassador to Berlin wrote blackmail letters a few weeks ago to German companies involved in the construction of Nord Stream 2. Is the American right to feel in a position of strength over Germany and Europe?

Benoist: Americans feel strong because they know that Europeans are weak. The news prove every day that the European Union is not a European power, but merely a European market. In this market, however, the Americans have a significant leverage. One of the most important principles is the extraterritoriality of US law. This allows Washington to defend itself against financial or commercial operations and influence. For example, several French banks have been fined billions of euros for failing to take into account US sanctions against this or that country.

Short question: Is Germany, is Europe – or rather the EU – an “occupied territory”?

Benoist: Yes, we can speak of an “occupied territory”, but the term “occupation” is ambiguous. We are not in a brutal kind of heteronomy, but in a progressive conditioning by so-called “soft power”. One could also speak of “colonization” – but of a colonization that began with the colonization of attitudes and values.

Is there a kind of “Stockholm Syndrome” – that is, that the occupied demands occupation?

Benoist: We know the example of slaves who love their chains. With regard to the US, Europeans are content with US dominance and also complicity, precisely because their ideas, their frame of reference and their values have been colonized by influences and fashions from overseas. From then on, they can only think within the prevailing ideology, which, as always, is the ideology of the ruling class.

What about France under Macron? Is France an “occupied zone”? Doesn’t France have a strong sense of independence and sovereignty?

Benoist: French sovereignty, whose best and most well-known representative was General Charles de Gaulle, is today a little more than a memory. France has not been spared the wave of erosion of sovereignty that was one of the consequences of liberalized capitalist globalization. The nation-states were gradually robbed of their political, economic, financial, and even military sovereignty, without moving this lost sovereignty to a higher level. Carl Schmitt has rightly said that the one who decides is sovereign.

Benoist: Today it is the financial markets that impose their decisions.

How does the so-called “liberal transatlantic catalog of values” influence life in Germany and Europe?

Benoist: First, through the information networks, the entertainment industry, the proliferation of so-called “giants of the Internet” (the “GAFA system”: Google Apple Facebook Amazon). More generally, however, the states of mind can be explained by the disappearance of the existential markers caused by the logic of the capital. Capitalism is based on a logic of immorality (hubris) and infinity. This makes it necessary to remove all cultural, political and social barriers that hinder the aggressive global expansion of the market. This brings us to a system where nothing is worth anything, but everything has a price.

What psychological-cultural impact does American hegemony have?

Benoist: America is the main vector of the capitalist system, but it is not its center. Such a system has no center, and it is pointless to find “those responsible”. Karl Marx rightly spoke of an “automatism”. The main consequences of this hegemony are the belief in progress, the belief in so-called “human rights”, the belief that only the values of the market are important. Added to this is the damage caused in Europe by the massive spread of specifically American ideas such as political correctness and the so-called “gender theory”.

Can a people forget or even “unlearn” sovereignty?

Benoist: Of course! The only form of sovereignty recognized by liberalism is the sovereignty of the individual based on “homo oeconomicus”. Peoples, nations and cultures are in the eyes of liberals merely aggregates of individuals whose essential relationships are reduced to legal contracts and market exchanges. In this perspective, people define themselves as consumers and no longer as citizens.

Is the “European Union” even a European construct? Or in reality a transatlantic?

Benoist: The European Union was built from the beginning despite common sense. Their political and ideological horizons have always been liberal democracy, the ideology of human rights and capitalist logic. During the Cold War, it was anti-communism that was naturally linked to the United States. At that time it was about the defense of the “free world”. After the collapse of the Soviet system, this position was no longer necessary: NATO should have disappeared simultaneously with the Warsaw Pact. But the United States has never given up its hostility to Russia, which has always been the true foundation of its enmity towards the Soviet Union. That’s why Washington still wants a Europe that is guaranteed not to be orientated and moving eastwards.

To what extent is the unrestrained mass immigration to Europe associated with the state of occupation?

Benoist: From a liberal perspective, immigration is not a real problem: it is not Turks, Algerians, Malians or Afghans settling in Europe, but only single persons, individuals and consumers. Because we no longer recognize differences in culture, religion, etc., people are interchangeable. Employers have used immigration from the beginning to push down wages. The “moral Left”, which is on “humanitarian” grounds for immigration, contributes to the use of this “Reserve Army of Capital”. It thus acts as the left-wing guarantor of the political capital apparatus. All this obviously has nothing to do with what socialism once was.

What role do cultural, national, regional and religious identities play in “transatlantic values”?

Benoist: As I said before, a secondary role. Collective identities have no value in the “transatlantic”, capitalist and liberal world view. The ideology of human rights, based on the theory of subjective rights resulting from medieval nominalism, suggests that we are primarily human and secondarily men or women, or inhabitants of this or that country. We are also no longer carriers of this or that culture, speak this or that language.

Benoist. Yes. If anything, we belong to humanity only through the mediation of a culture which, in order to safeguard its identity, must master the conditions of its social reproduction.

Is there a peaceful way out of the occupation?

Benoist: First of all, we should agree to end the “occupation”. Then we see by what means.

How do you see Germany and Europe’s role between the Western and the Russian and Chinese power poles?

Benoist: In an increasingly multipolar world, the main categories of geopolitics are regaining importance. The fundamental distinction between the earth and the sea, the land and sea powers, which define the distinction between politics and trade, solid and liquid, area and network, border and river, will become more important again. Europe must stop being dependent on US sea power and be in solidarity with the continental logic of the earth. 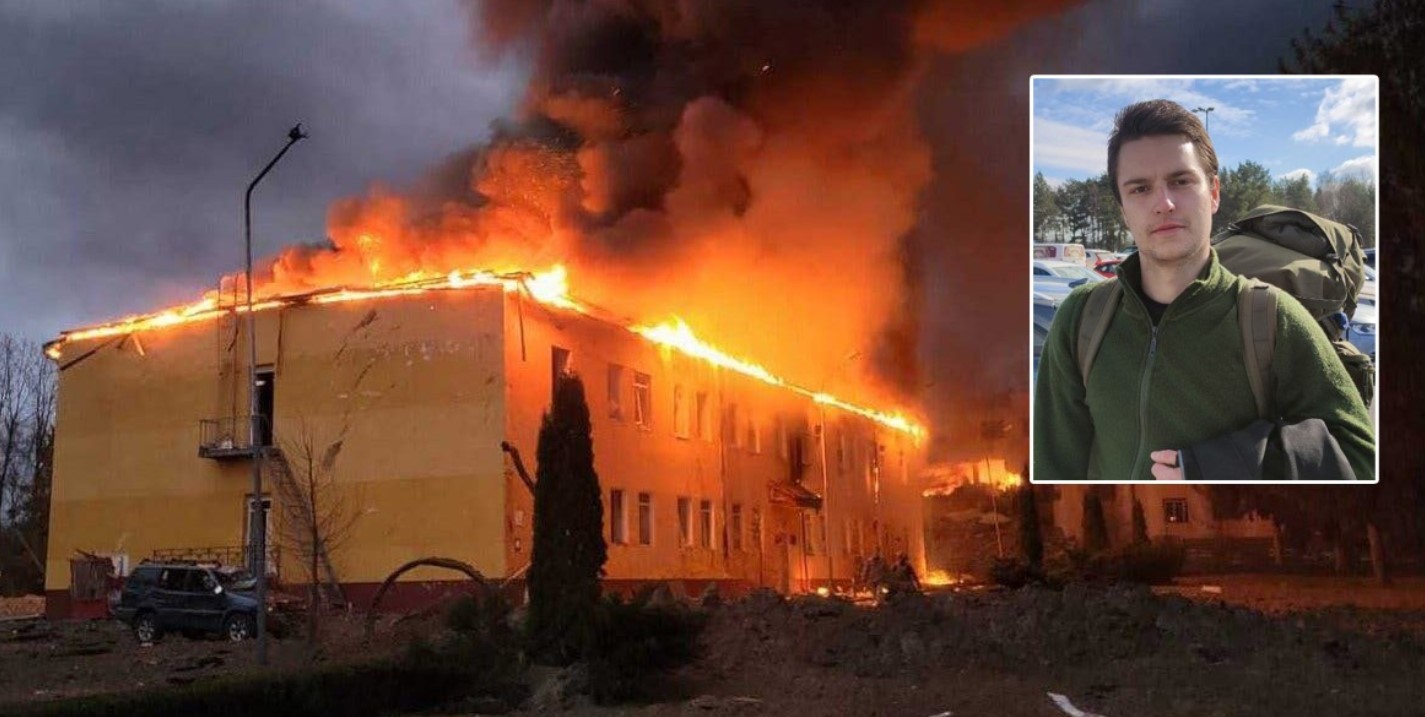