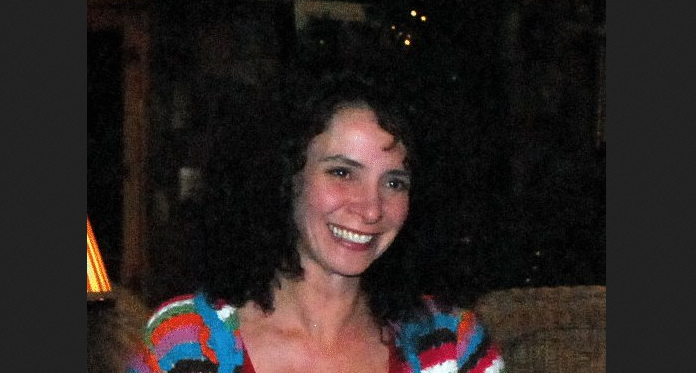 The brutal killing of human-rights activist Annette Kennealy on her small farm has again placed South African farm murders in the spotlight.

Long-time activist against farm attacks, Annette Kennealy, 51, was murdered in her home last Sunday. Not only has her murder shocked the community in her home town of Louis Trichardt in Limpopo province, but it has made international headlines. The Daily Express in London ran the title, “South Africa horror as white farmer activist beaten to death with hammer” while the London Times published, “South African activist who spoke out against attacks on white farmers found dead”.

Kennealy’s family discovered her bloodied corpse on Monday morning. She was beaten to death with a hammer and an iron rod, most probably by her own employee, Kenny Ramatshimbila. He was arrested in connection with the murder and appeared in the Louis Trichardt Magistrate’s Court on Friday 24 May. According to Colonel Moatshe Ngoepe of the South African Police Service, “he faces charges of murder and house robbery”. Ramatshimbila was denied bail and remanded in custody until his next court appearance on 1 July.

The murdered activist lived on a small farm near Louis Trichardt. According to Ngoepe, “Family members tried to call her without success until one of them went to investigate. On arrival, he found the deceased inside the house lying in a pool of blood, [and she had] multiple stab wounds.”

Her funeral will take place on Wednesday 29 May at the Full Gospel Church in Louis Trichardt and is expected to draw a large crowd of family, friends and sympathisers.

“If someone like Kennealy, who was known as an activist, becomes a victim herself, one should beg the question whether this was more than just a ‘regular’ farm attack,” Van de Graaf said in a statement.

Annette Kennealy had become famous for her work as human-rights activist against South African farm murders. She regularly spoke to the foreign media, informing them about conditions in South Africa, and also regularly accompanied media personnel on visits to farms and gatherings of farmers.

Dr. Dan Roodt of the Pro-Afrikaans Action Group (PRAAG) knew her personally and was astounded that she had been killed, as she had always been an advocate of gun ownership and was usually armed herself. “My friend and activist for rural safety, Annette Kennealy, has herself become the victim of a terrible farm murder… She was very brave, and always carried a firearm with her, a 9mm Astra pistol. Evidently, her preparedness was not enough to finally save her.”

Apparently Kennealy had her pistol on her during the incident. During preliminary questioning by the police, the accused pointed out the pistol to police on the crime scene.

“Why did she not shoot him?” asked one of her friends that FWM spoke to.

Another comment from farmers in the area was: “Until our (Afrikaner) nation starts doing its own work, we won’t be safe. Annette did not need him. She had sold her horses. But she allowed Ramatshimbila to live there and employed him to repair the road now and again. If she had been alone, she would still have been alive.”

Kennealy’s mother, Kim Labuschagne, started to get worried Sunday evening when she had not answered her cellphone. Nor did she check in via citizen band radio on the farmwatch group that she belonged to. When a family member was sent to investigate on Monday morning, her dead body was discovered around 9:00 a.m. and the police summoned.

In an exchange on Twitter, the famous Afrikaner singer, Steve Hofmeyr, tweeted to Kennealy’s mother: “Im sorry for you. We too needed her. She was so courageous. #prayers.”

Im sorry for you. We too needed her. She was so courageous. #prayers.

On her Facebook, Annette Kennealy had given herself the nickname Tshinakaho, together with the subtitle: “White lives matter.”

In the Netherlands, a columnist for the Trouw newspaper, Sylvain Ephimenco, wrote on Saturday 25 May:

“In South Africa white farmers are threatened with expropriation, their farms are attacked and many are cruelly murdered, often after they had been tortured for hours with pitchforks or electric drills. At the moment there is at least one farm being attacked every day, on average, and once every seven and a half days one farmer is murdered. The eldest victim this so far has been 88. Over the past two decades many white farmers have emigrated and the South African farming population has shrunk in half to 30 000 farmers.”

“Go well, Tshinakao. Thanks for your quiet nights on the mountain which became your hell. Thanks for the deep conversations, for the special time with you, the straight shooting… the permanent friendship and the beauty of your heart. Thanks for the weekend when we took those photographs. I will never forget you.”