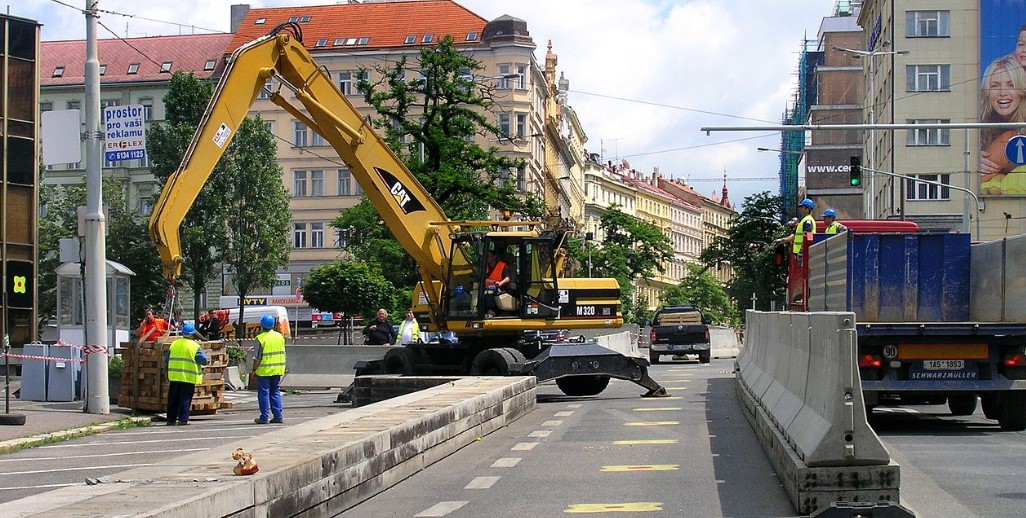 In 1994–2008, RFE/RL used the former Federal Parliament building of the abolished Czechoslovakia in Prague New Town. For many years past 2001, security concrete barriers reduced the capacity of the most frequented roads in Prague center. Wikipedia

CIA-funded RFE to return to Hungary

During the Cold War, Radio Free Europe (RFE) was broadcast to Soviet satellite countries, but after the fall of the Berlin Wall and the end of the Marxist experiment, it closed down the service in Hungary in 1993. It is poised to return.

With the RFE motto, “Free Media in Unfree Societies”, the service will see a relaunch in Hungary when the US Congress approves it later this month.

The US Agency for Global Media, an agency overseeing all US federal government international broadcasting services, has voiced its concern over Hungary’s rule under Prime Minister Viktor Orban.

“We’ve done our homework, and we know this has broad backing, and we’re preparing to move forward,” the agency’s chief, John Lansing, noted. He expects a soft launch of the service in May 2020, with a hard launch within a year. The service’s initial budget will amount to around USD 750 000, including a funding for a bureau in Hungary.

The authors listed three “serious reasons” for the return of RFE. “The first is the current demise of Hungarian media freedom.” Secondly, “[o]ne of the lessons of Europe’s last century is that broadcast monopolies by nationalist governments lead to international tensions and conflicts.”

Lastly, the move is aimed against Russia: “Given the similarities in recent Russian and Hungarian attacks on the United States, Hungary may well be the first ideological outpost of Putin’s constitutional dictatorship.”

According to the New York Times, Orban controls both public media as well as the country’s private news media. The European Commission published a report earlier this year accusing the Central European Press and Media Foundation [Közép-Európai Sajtó és Média Alapítvány – KESMA], the media conglomerate established by the governing Fidesz party in November 2018, of endangering press freedom in Hungary.

Péter Krekó, director of Political Capital, a Budapest-based think tank and consultancy, is quoted by the NYT as saying that Hungary’s media structure was based on the Russian example. He accused Hungary of repeating Kremlin narratives found on Sputnik News and RT.

“Orban has already mentioned Russia several times as a model state,” Krekó observes. “Orban’s policies in education, media and toward NGOs are obviously inspired by Putin.”

The US House Committee on Appropriations has encouraged the relaunch of RFE’s service in Central and Eastern Europe “to counter the Kremlin narrative and combat corruption,” the NYT reported. Bipartisan legislation introduced in the House in May called on Secretary of State Mike Pompeo to bolster efforts in Hungary against Russian influence.

“There is a growing understanding on both sides of the aisle now that there are challenges to democracy and the rule of law in countries like Hungary and Poland,” Dalibor Rohac, a research fellow with the American Enterprise Institute told the NYT.

According to the NYT, Hungary is not the only problem, highlighting the relaunch of RFE in Bulgaria and Romania this year, despite all three countries being members of the European Union and NATO. Hungary, however, unlike Romania and Bulgaria, remains the only EU member to be downgraded to “partly free” by Freedom House, an American “democracy” watchdog organisation.

But in 2018, American pundit Patrick Buchanan voiced a different opinion: “The democracy worshippers of the West cannot compete with the authoritarians in meeting the crisis of our time because they do not see what is happening to the West as a crisis.” Hungarians, he said, “have used democratic means to elect autocratic men who will put the Hungarian nation first”.

Radio Free Europe/Radio Liberty (RFE/RL) received funding covertly from the Central Intelligence Agency (CIA) until 1972, according to author and expert on the CIA John Prados. During RFE’s earliest years of existence, the CIA and US Department of State issued the policy directives.