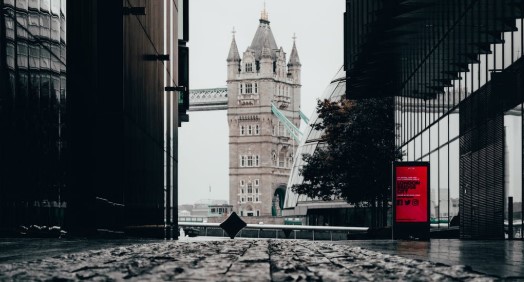 Shot on the London Bridge on Friday, jihadist Usman Khan claimed in 2008 to have been "born in England".

The justice and prison systems of EU member states seem to have nothing to envy when it comes to their British neighbours. After the deadly attack on London Bridge on Friday, in the heart of the British capital, several surprising details about the terrorist have emerged: Like his early release from jail after a reassessment of the level of risk that he posed.

“This individual was known to the authorities, having been convicted in 2012 for terrorist offenses. He was released on parole in December 2018,” said a police officer in a statement, cited by French daily Le Parisien.

The PA news agency reported that Usman Khan, 19 in 2012, was sentenced to 16 years in prison. Regarded as the “most radicalized” of his group, according to The Guardian, he was finally released earlier than planned, on bail, in December 2018. This was decided after a reassessment of his level of risk. In total, he had spent only six years behind bars.

The London Bridge terrorist was even pictured laughing in a brochure from his rehabilitation group because he had sent them a poem of thanks after they gave him a laptop. But Khan used this connection to get permission to travel to London, where he killed two people.

Usman Khan was described as a success story by Learning Together, a Cambridge University programme that assists prisoners before and after their release. Khan wrote the organisers a thank-you note, reported by The Daily Telegraph.

In addition, on Saturday, November 30, the BBC dug up an old interview with the terrorist. In 2008, he said, “I was born and raised in England, in Stoke-on-Trent, Cobridge. Everybody over there knows me, and they will know, if you ask them, that these labels they stick to us, terrorists, all that, they’ll know, I’m not … I’m not a terrorist.”

The British-born son of Pakistani immigrants was speaking while his home was being searched after he admitted to being involved in a terrorist plot. Also, Khan used to walk around with a picture of Osama Bin Laden attached to the front of an exercise book.

On Saturday, ISIS claimed responsibility for the attack in London in which two people, a man and a woman, were killed on Friday. Three other people were injured. It is notably the intervention of passers-by which made it possible to neutralize the author of the stab wounds.

He had been preaching Islamic jihad on the streets of Stoke on behalf of Anjem Choudary’s banned group Islam4UK. Khan, who called himself Abu Saif, was filmed waiving an Al Qaeda flag while screaming into a megaphone.

He was invited to a conference on why Britain should be adopting Sharia law and launched a controversial protest in the town of Wootton Bassett in Wiltshire, where British soldiers who died in Iraq and Afghanistan were honoured.

Despite a 20-month probe, the British Crown Prosecution Service claimed that they did not have enough evidence against Khan.

But Rhys Miller, a former classmate, wrote on Facebook: “Look who it is – the guy who walked around school with a picture of Osama bin Laden on the front of his planner and used to sit in the corner of the cafe with 20 of his mates watching videos of the planes going into the Twin Towers.” He added that Khan’s extremism was well known but “brushed under the carpet” and “blatant red flags” were “ignored”.