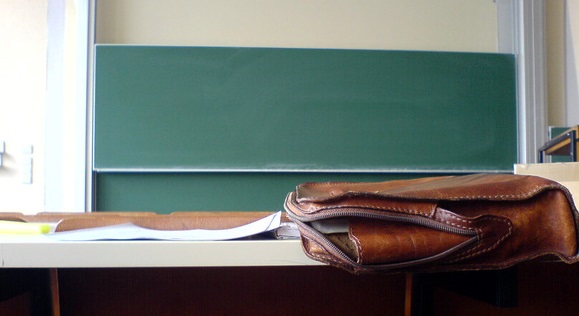 The Vice-Chairman of the CDU/CSU parliamentary group, Thorsten Frei (CDU), says there should be conditions in place for the Turkish government's plan to open schools abroad in Germany.

“In any case, it must be ensured that schools operated from Turkey in Germany remain free from any ideological and political influence by the Turkish state. Schools are of paramount importance for successful integration,” he said.

Care should be taken to ensure that there is no isolation from Germany’s “open and free society” in the education of children and young people. Therefore, the establishment of Turkish schools abroad should never be the entry into a parallel school system in Germany, the politician said.

At the same time, the Christian Democrat pointed out that the Federal Republic ran only a handful of schools in the Islamic country that were aimed at its own embassy staff.

The AfD has criticized the Turkish plans. Its education policy spokesman Götz Frömming accused the federal government of engaging in a barter trade with Ankara through talks about opening schools. “The establishment of Turkish schools in Germany is driving the Islamization of the German education system. There is fear that Erdogan’s Islamist ideology will also be taught in schools on German soil in the future.”

The background to the discussion are negotiations between Turkey and the Federal Government on an agreement to open schools abroad.

Possible locations are Berlin, Cologne and Frankfurt am Main, reported the Süddeutsche Zeitung, citing the Federal Foreign Office. The reason for the negotiations is the closure of the German school in Izmir last summer.

The Turkish Ministry of Education justified the step by saying that the school lacked a “legal” basis.

While Turkish schools are welcomed in the country, the homegrown party, the AfD, remains an outcast.

The Werte Union has however sharply criticized a joint demonstration of CDU supporters with Antifa sympathizers in Salzgitter. The reason for the rally was the visit of the Brandenburg AfD chairman Andreas Kalbitz to the city of Lower Saxony.

“We support demos against right-wing radicals, but not on the side of Antifa,” wrote the Union of Lower Saxony on Twitter. The board member of the National ​​Union, Linnéa Findeklee , tweeted: “No democrat should side with extreme left-wing Antifa.”

In the run-up to the Kalbitz visit, the CDU district association in Salzgitter had called for participation in the rally known as the “vigil”. “We see it as our task to send a clear signal as a CDU for Salzgitter,” said the district association. At the demonstration with around 200 of the CDU’s supporters showed up with flags of their party next to flags with the Antifa symbol.

The Mayor of Salzgitter-Thiede (CDU), Christian Striese, defended the participation of his party. “We cannot accept that right-wing national forces in the AfD continue to grow and endanger our democracy,” said Striese, according to the regionalheute.de portal.

RomeThe leader of the League held a press conference to take stock of the Coronavirus crisis: "The problem is not with the red zones but with the whole territory." Italy now has three times the number of infected cases compared to Hong Kong.

What is known about the Italian Coronavirus deaths so far

The focal point on which Italian citizens should focus does not concern so much the danger of the Coronavirus which, as ascertained, causes death only in rare cases, but its management. The special measures taken in Lombardy were adopted not so much because Covid-19 represents the plague of the 21st century, but rather to limit its spread.

Austria has stopped a Venice-Monaco Eurocity train with 300 passengers on board, after the explosion of the number of Coronavirus infections in Italy.

Economic fall-out from Coronavirus may be huge

SeoulThe economic damage that the Coronavirus epidemic could wreak globally, was confirmed when the United States raised its travel advisory for industrial giant South Korea.

ParisThe president of the National Rally, Marine Le Pen, responded after the shocking revelations by a French weekly magazine on how the European Court of Human Rights has been infiltrated by organisations answering to the American "philanthropist" George Soros.