Turkey: Corona infections as a weapon not a distraction

Turkey is sticking to blackmailing and threatening Europe with a deluge of migrants.

While the world is struggling with a veritable war against Coronavirus contagion these days, tensions which existed long before the Covid-19 pandemic have sadly not disappeared from the global stage.

In particular, relations between Turkey and Europe are becoming strained once again. The fresh salvo was fired by Interior Minister Süleyman Soylu who announced at the end of March that the Turkish state would allow migrants to head for the European Union’s border again as soon as the Coronavirus crisis is over.

In an interview with the Turkish NTV television channel, Soylu told his audience that around 6 000 migrants who were waiting at the Turkish-Greek border to cross into the European Union, were sent to cities inside the country. This measure was undertaken by Turkish authorities in order to prevent the spread of Coronavirus.

But both the measure and the commentary by the Turkish Interior Minister gave a clear impression that the withdrawal of illegal migrants from the Greek border were basically just more steps in Turkey’s various attempts at threatening the European Union.

“It was a precautionary move. We had to do it. However, no one should feel comfortable with it yet. When the Coronavirus pandemic is over, we are not going to deter any migrants who want to return to the Greek-Turkish border in Pazarkule,”  Süleyman Soylu underscored in his interview.

Such statements can be interpreted as an intention by Turkish government to continue its policy of open borders for migrants and asylum seekers right after the pace of Coronavirus contagion is slowed down. It is worth recollecting what events had lead to such a decision by Turkish authorities.

On March 7, the European Union Commissioner for Budget and Administration Johannes Hahn suggested that possible further financial support for Turkey from the EU to help asylum seekers on Turkish territory would be much less extensive than before. Hahn warned that financial support from the EU would be possible only if an important condition was implemented.

“Many schools, kindergartens and hospitals for refugees have already been built and do not need new funding. Therefore, Turkey’s need for financial assistance is already lower,” the European Commissioner noted.

He also emphasized that Ankara’s blackmail policy, evidenced by their continuous threats of dispatching migrants to EU borders, should be stopped. 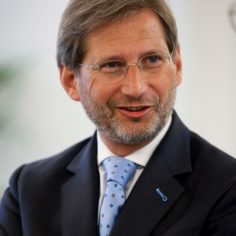 “Only then will the EU be ready in principle to continue provision of financial assistance to support refugees in Turkey,” Hahn underlined.

Reportedly, Turkish leader Recep Erdogan announced a change in policy towards migrants after a sharp aggravation of the situation in the Syrian region of Idlib. The Turkish leader said that his country would open its borders with the European Union for migrants, since the EU has not fulfilled its financial obligations and has not shown keen enough interest in resolving the Syrian conflict. Ankara has been supporting Syrian rebels in the northwestern region of Idlib, where the deployment of Turkish troops began earlier this year.

It is believed that in order to succeed in their latest arm-wrestling contest with the EU to restore the flow of financial aid, Turkey will look towards implementing radical measures. In particular, a Greek daily newspaper Kathimerini reported that Turkey has been preparing to send Covid-19 infected migrants to Greece.

According to the media, Greek authorities confirmed the concentration of migrants on the west coast of Asia Minor. The migrants massed there were allegedly transferred from refugee camps in Turkey.

The newspaper, citing sources, claimed that Turkey has been developing an organised plan for the transportation of migrants infected with Covid-19 to Greece and Europe in order to boost a pandemic in the EU.

The transfer could take place in an organised manner, coordinated directly by Turkish police and the gendarmerie.

Hundreds of migrants and boats have been massing in areas close to Greek islands Lesbos and Chios. However, most of them were quarantined for 14 days due to suspected Covid-19 infections at these locations.

The newspaper also suggested that the migrants will try to cross the border soon. The Greek General Staff of National Defense, the Navy Forces and the coast guard have already been put on alert in the event of a forced crossing.