Footage of George Floyd's arrest leaked to a British tabloid has had more than 2 million views on YouTube in only one day - with most of the comments denouncing the media lies about alleged police violence against a black man. 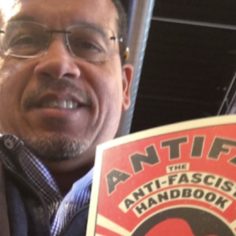 Keith Ellison, the first black Muslim in the US to win statewide office, is a firm supporter of Antifa. He defended his son’s tweet in support of Antifa to stop “the white power terrorist[s] that are actually attacking us”. Ellison said of the Antifa manifesto: “I just found the book that strike [sic] fear in the heart of Donald Trump.” Ellison is the deputy chairman of the Democratic National Committee. Photo: Twitter

The Daily Mail published the video that has been hidden from the public by Minneapolis Attorney General Keith Ellison for more than two months.

On the social media platform, it was also noted how the video was being blocked from appearing on YouTube’s “Trending” page. Angry viewers called for the media to be “defunded” rather than the police.

For two months at least, The New York Times had hyped Floyd’s alleged death at the hands of police. Strangely, not one article has been published on the new leaked video showing the actual arrest.

An Associated Press article on the leak, simply ignored decisive details and merely mentioned that the video had been leaked without providing a link to or a description of the video. Instead AP reported that police were trying to hunt down whoever leaked the footage.

CNN heavily edited the leaked raw body-cam footage to show only 30 seconds (of 8 minutes and 20 seconds) taken completely out of context – making it seem as if Floyd was complying rather than continuously resisting.

Floyd, who had a criminal history, was arrested for using a counterfeit bill to defraud a local small business.

This new video provides the visual proof that Floyd was not killed by police but rather suffering from respiratory problems caused by a Fentanyl overdose. His inability to breath thus had nothing to do with the neck restraint applied by the Minneapolis officer.

CBS News nevertheless deceptively edited the video to make it seem as if Floyd was not being uncooperative while including a rant by his lawyer claiming Floyd was targeted just for being “a black man”. 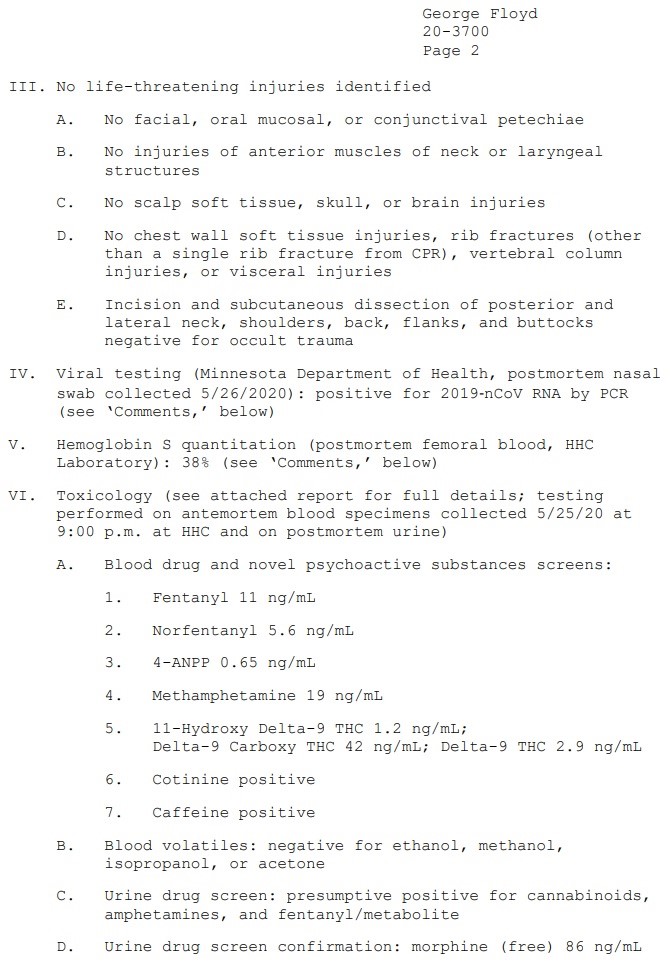 Floyd had obviously lied when he told police he was not on drugs despite being high on Fentanyl and testing positive for methamphetamine. He had also been suffering from various heart conditions, including “severe” and multifocal arteriosclerotic heart disease, hypertensive heart disease, an enlarged heart and a clinical history of hypertension, according to the Hennepin County medical autopsy report.

Notably the police were not physically aggressive towards Floyd either – they did not push him around or assault him.

Wilson, North CarolinaFive-year-old boy Cannon Hinnant was executed at point-blank range with a gunshot to the head according to witnesses. While playing outside, a 25-year-old black felon Darius Nathaniel Sessoms, ran up to the boy and shot him. This terrible deed has only been covered by local news outlets.

Dramatic rise of black gun owners in US

WashingtonThe rise in gun ownership in the United States has spiked more than any other time in recent history – the highest since the FBI began recording the statistics 22 years ago. But it is also Democrats, not only Republicans, who have been rushing out to buy weapons.

WashingtonA re-education camp for white men funded by the US taxpayer for a nuclear research laboratory in the United States, was aimed at deconstructing "white male culture".