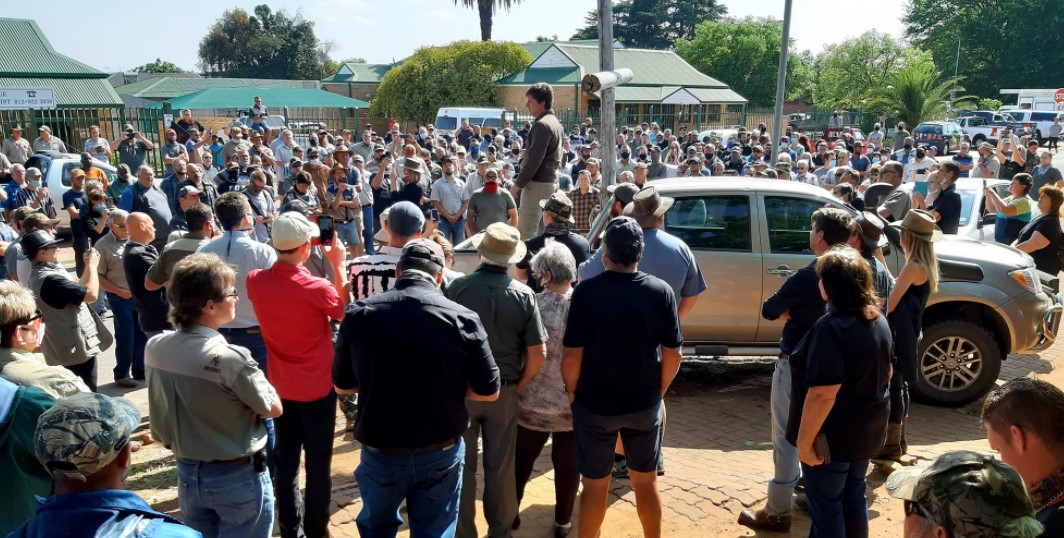 A clearly rattled Thandi Modise, speaker in the South African National Assembly (NA), on Thursday called on members of parliament to defuse the increasing racial tension in South Africa. 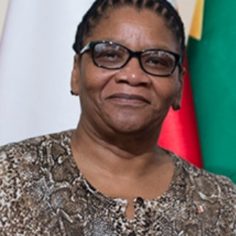 “I do not think any of us want to see any worse racial tension in the country. We must therefore really start to speak out against it and fight for South Africa in order to survive all these things,” she told members of parliament.

Modise’s reprimand followed after the opposition party, the DA complained about Julius Malema, the EFF leader, and another EFF MP, Nazier Paulsen, to the parliamentary ethics committee after statements inciting violence against the minority white population.

Farmers outside the court had gathered in a show of solidarity after the terrible murder of young Brendin Horner recently.

Malema had said on Twitter that the EFF’s “ground forces” would be present with the next court appearance of the murder suspects. He concluded his message with: “Fighters attack!”

Paulsen also tweeted a photo of a machine gun on Tuesday with a caption that read: “I can’t wait!” 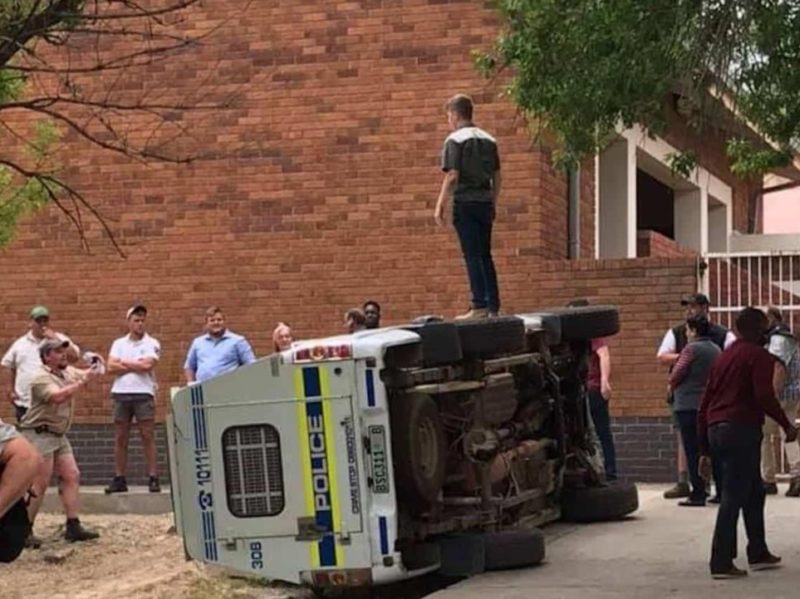 A police vehicle was overturned by the angry crowd when the police tried to fire at farmers with live ammunition. The vehicle later caught fire. The police van had also tried to run over a woman and her two children present at the gathering. Photo: FWM

The DA said the messages were a blatant attempt by the EFF’s leadership to incite further violence”. The two murder accused will reportedly not appear in the local Magistrate’s Court again, but possibly be moved to Bloemfontein after the police fired shots at farmers but were pushed back by an angry white crowd.

The Department of Justice and Constitutional Development also said in a media statement that the court building was closed until Monday due to the damage caused on Tuesday.

André Pienaar, the farmer who was arrested on Wednesday for his alleged part in Tuesday’s push-back, is expected to apply for bail. He has been charged with public violence and malicious damage to property. 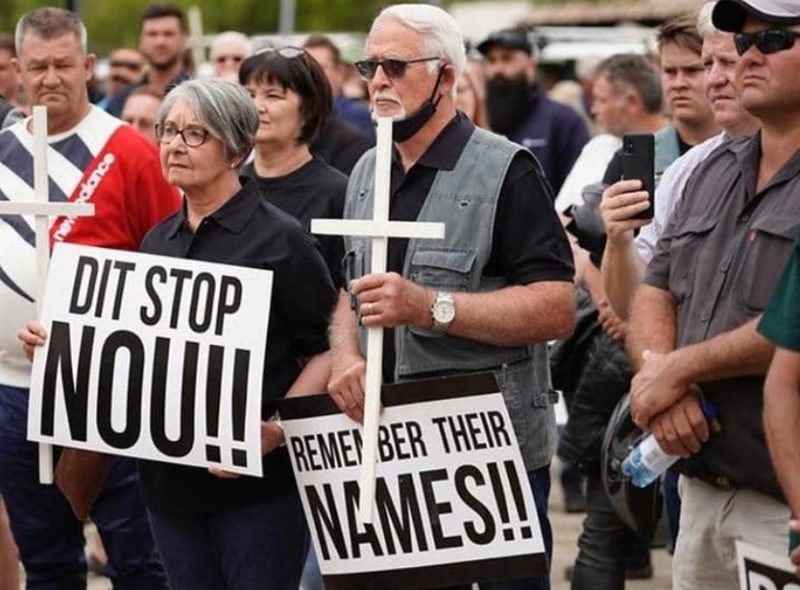 Emotions have reached a boiling point, because the farmers say the police have been helping the attackers. When the police fired live ammunition at the gathering, a group of white farmers pushed back an anti-riot armored personnel carrier, a Nyala, with their bare hands. Photo: FWM

A group of white farmers marched on the courthouse on Tuesday, following a speech by Pienaar, where two black suspects Sekwetje Esaiah Mahlamba and Sekola Piet Matlaletsa appeared in connection with the murder of white farm manager Horner (22) a week before.

Annette Steyn and Dianne Kohler Barnard, two DA MPs, said in a joint statement on Thursday that the push-back in Senekal clearly shows farm murders and attacks have driven emotions to a boiling point.

According to white Free State farmers, there are “an average of 50 cruel, life-changing attacks per month on farms”.

They believe it should soon be classified as a priority and hate crime, otherwise “we South Africans could become a begging bowl for food together with Zimbabwe”.

Horner’s employer, Gilly Scheepers, meanwhile appointed a private detective to assist in the investigation. The detective, Pieter Swanepoel, did not want to comment on whether there were other suspects. Sources have told FWM that the suspects had worked together with the police to plan the murder.

The current suspects are believed to be well-known cattle thieves in the area and have clashed with the law before. Farmers also believe that the stock thieves have been working together with police officers. One of the suspects’ brothers-in-law is apparently a police officer.

The farmers have demanded that corrupt police officers and stock theft syndicates be handed over to special police investigators, the Hawks.

In the mainstream media, fake news is being spread about the protest: It was reported that the farmers shot at the police and that white farmers occupy “70 percent” of all agricultural land in the country. The fact is that more than 70 percent of black tribal land – the finest agricultural land – is in the hands of blacks.