On Saturday, at the invitation of the AfD, the Second Free Media Conference took place in the Marie-Elisabeth-Lüders-Haus of the German Bundestag. The former mainstream journalist Matthias Matussek (who has written for Spiegel, Welt and Stern) gave a lecture there on the topic of "Critics on the sidelines - the 'quality media' are losing their bright minds".

Matussek’s articles were no longer published by the mainstream because of his focus on the family, nation and faith. He now works for Tichy’s Enblick, the Deutschland-Kurier, Tumult and the Swiss Welt Woche instead. He says this has given him a feeling of freedom, as he can finally write about what moves him deeply and what he considers to be very important for Germany.

PI-NEWS conducted an interview with the experienced journalist at the conference, in which he addresses the pressures of political correctness that everyone who works in the mainstream media is exposed to. This is why the free media are becoming increasingly important, he pointed out.

This quarter-hour interview provided some insights from an unconventional freethinker into the severe restrictions he encountered in the mainstream media.

Matussek said he could not understand why Chancellor Merkel completely changed her stance. She was still patriotic and conservative in the early 2000s. He also disapproved of the blockade being put into place by the old parties, probably in a bid not to grant the largest opposition party in the Bundestag the post of Bundestag Vice-President. 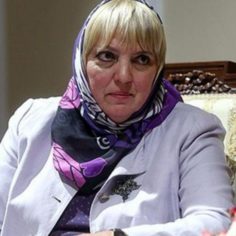 Green politician Claudia Roth, another confused leftist who preaches gender equality while wearing the symbol of a woman’s submission: the headscarf signaling a subaltern being, deprived of rights, and subservient to men. Wikipedia

Personalities which have shown complete integrity such as the exemplary lawyer and mother of three Mariana Harder-Kühnel was turned down. He said the position was given instead to the obese and barely literate Green Party politician Claudia Roth who rushes proceedings simply because she wants to go and stuff her face with food.

Matussek recounted how a Spiegel journalists tore a German flag out of his hand during the 2006 World Cup euphoria, although the then Spiegel publisher Rudolf Augstein was himself a patriot.

According to him, his wife who is from the former East Germany said that under the DDR, everyone knew that an honest opinion was never expressed in public. The real issues were discussed at home behind closed doors only, for fear of reprisals. Today she says the DDR is back again: Everyone is too scared to say what they really think.

The former head of the Federal Intelligence Service (BND) Gerhard Schindler has meanwhile outlined Merkel’s huge mistake in dealing with the migrant crisis in 2015. The statement by Merkel “We can do it” was a pull factor, motivating many migrants to come to Germany, he argued.

In Schindler’s view, a “timely signal to the countries of origin” would have been important. Closing the border with Austria would have shown, for example, “that Germany is not the promised land and that not everyone can be welcome here because this is simply not possible,” explained the former BND head.

But the signal failed to appear “for fear of unpleasant TV pictures at the German borders”.

His counterparts from all over the world were appalled by the German approach. With Merkel’s decision, those responsible in the federal government isolated Europe and divided Germany within a very short time.

This “mass immigration and division of society” are fatal for internal security. Foreigners are overrepresented in the crime statistics. “The reports about the everyday crime of Arab clans in our big cities are gradually decreasing acceptance of immigration, act by act,” warned Schindler.

He added that registering all migrants when they enter Germany was an insufficient measure. Among the newcomers there could still be “criminals, extremists or torturers without our being able to recognize them due to a lack of matching options,” warned the former BND chief.

He advocated less immigration and a “consistent deportation of rejected and criminal asylum seekers”. The corresponding numbers are currently “regrettably low”. Some federal states are not willing to deport migrants, said Schindler.