Arthur Danielyan is leader of the Armenian opposition movement “Adekvat”. He volunteered in the Nagorno Karabakh war. In an exclusive interview with FWM he speaks about the recent political turmoil in Armenia and the agreement between Armenia and Azerbaijan. Danielyan was previously detained by the Armenian police for his political activity. This interview was conducted right after his release.

Mr. Danielyan, you were detained by police on November 14. What were the reasons for that kidnapping-like operation? 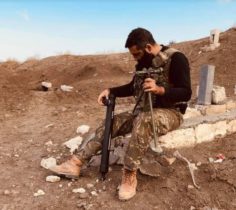 Danielyan: I am being accused of propagating violence and one of my Facebook posts is being used as proof of that. What I had said was that as a result of treachery those in power will not live long. This was my forecast of the political process that will be taking place in Armenia after the disgraceful loss in the war against Turkey and Azerbaijan.

What are you and your movement being accused of?

Danielyan: Throughout last two and a half years we were accused of disseminating disinformation and fear mongering. Now it has turned out that every single warning we issued has been substantiated and that we were correct all along. Those in power have since switched the narrative of their propaganda machine: We are now being accused of “spreading hate”. The truth is that back in spring 2018 a coup d’état had taken place in Armenia sponsored by foreign powers. The aim of the coup was to demolish our institutions of national security and predetermine the outcome of a planned military aggression. That aggression has taken place, and we lost. In reality, we didn’t even stand a chance to fight back as our enemies were both facing us and among us, in our own capitol city.

Why has the Armenian government been so nervous recently?

Danielyan: So far they have managed to overcome multiple scandals and crisis. Even the fact that Armenia has been battling with the fallout from the Coronavirus epidemic didn’t cause political turmoil. This is mainly due to the fact that social media is censoring opposition voices. However, now that thousands of soldiers have witnessed how the political leadership is stabbing its own people in the back, the risk is pretty high that voices of anger may fill the streets where censoring is not as easily managed as in virtual reality. This in turn causes nervousness for politicians. They are scared of the fact that ordinary Armenians will get disillusioned with what they are being fed by mainstream media and will get out on the streets.

The peace agreement with Azerbaijan regarding Arztakh (Nagorno Karabakh) is considered in Armenia as a defeat, Prime Minister Pashinyan is being viewed as responsible for it by many people. What did he do wrong? 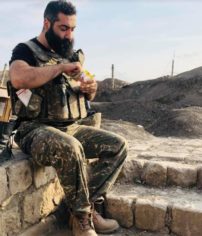 Danielyan: First off, it’s not a defeat, it is a capitulation. Obviously, Pashinyan is the main responsible actor regardless of his actions. However, the most outrageous thing about this capitulation is the fact that Pashinyan has continually done everything possible for the capitulation to take place. As soon as he took office, he gave away every single achievement Armenia had attained during the peace talks within the OSCE Minsk Group framework. Moreover he begged for favors from Aliyev in order to cement his grip in Armenia, and Aliyev had done so at the expense of weakening our defense lines. While in office, Pashinyan had literality destroyed all of the institutions which were in place in order to assist the state in case war breaks out – this includes both to state institution and civil initiatives. Once the internal destruction was complete, he gave the green light to Aliyev to attack by completely ruining the peace negotiation process.

During the aggression, he withheld troops and ammunition from the frontline and kept spreading disinformation regarding the actual state of affairs in order to keep the public from interfering. Finally, he had rejected every single mediation offer from Moscow that could have stopped the war at a much earlier stage. Basically, he had waited till the point of no return so that there would be no alternative but capitulation. Every single claim I have made so far is substantiated by hard facts and witnesses.

Pashinyan is seen by many also as a “man of Soros”…

Danielyan: Well, the absolute majority of his team members are in one way or another sponsored by funds affiliated with George Soros. Moreover, the Armenian capitulation was long propagated by Soros. Soros himself had called upon the international community to assist Erdogan and Aliyev in every way possible. All along, the destructive path of Pashinyan’s “Soros acolytes” where at the forefront of his treacherous endeavors.

You and many of your comrades served in the war against Azerbaijan. What can you tell us about your mission?

Nikol Pashynian and Ilhalm Aliyev last year during a meeting at the World Economic Forum in Davos. Picture Source: President.az (CC BY 4.0)

Danielyan: What can a soldier recount about a war he lost because he was stabbed in the back? The state of our people right now is a mixture of feeling betrayed, disillusioned, enraged and depressed. I can’t even tell you when and how the trauma will be possible to overcome. We voluntarily joined the armed forces from day one, and we were ready to die protecting our homeland, and now we envy those who had died instead of us and do not have to live with the disgraceful outcome of this treason.

It is said that Azerbaijan used extremist volunteers and mercenaries from Syria for its wars – with Turkish help. What is do you know about this?

Danielyan: The fact that extremists and mercenaries were widely utilized raises no doubt. We have gathered more than enough evidence with numerous examples of that from prisoners to ID’s recovered from their corpses. These mercenaries however are an unalienable part of modern western-style armies, hence it would be incorrect to discuss them as being separate from the Turkish regular army, which by the way is a NATO member. I should also add that as far as military efficiency is concerned, our main problem was Israeli technology rather than their manpower.

What will happen now in Armenia? Do Pashinyan and his government have a future?

Danielyan: It is obvious that Pashinyan is not planning to take any responsibility for what has happened. He claims that he won’t even consider a resignation as a way to reconcile the country. Moreover, he is continually provoking social unrest and polarization. This in part is due to the fact that no group is willing to guarantee his physical security, so at the moment he’s fighting not only for power but also for his life. This of course is leaving a mark on his team. As we speak, tons of high ranking officials are resigning and as a matter of fact abandoning Pashinyan’s “sinking ship”. Pashinyan will most probably resort to repressive measures to silence the opposition and will quickly turn into a senseless totalitarian dictator, but even that won’t last long. 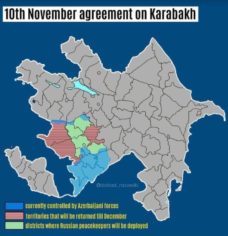 It’s not clear who might be a potential candidate to replace Pashinyan. I’m not even sure if there are any who would be willing to take up that role at the moment, since the country is torn apart and destroyed politically, economically and most importantly, morally.

What is your vision for the future of your country?

Danielyan: The future is very grim. It’s unpredictable. We are at a crossroad where our people have to choose to keep fighting and earn the right to be sovereign or else yield, give way and join the ranks of nations that have lost their heritage, statehood and dignity. A very important factor which will decide our future development, lies in the positions of global superpowers: NATO, Russia, China and Iran will have to deal with the growing influence of Turkey in our region and on a global stage.