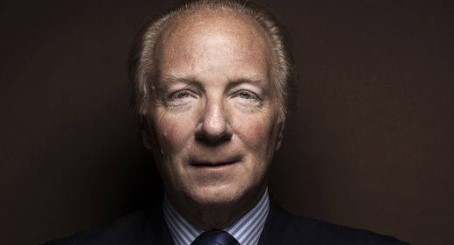 The former French Minister of the Interior sharply criticized the migration policy of the current head of state.

Speaking to French daily Le Figaro, Brice Hortefeux has not spared President Emmanuel Macron on the migration issue: “The state has lost control of immigration… ”

His finding is clear. “Five years of the Macron presidency, means around two million additional migrants, more than twice the city of Marseille,” said the former Minister of the Interior while denouncing “the abundant speeches on the control of flows” which have been “completely contradicted by the reality and the figures for 2020 (302 204 regular entries against 415 826 in 2019).”

The Republican Party MEP believes for his part that the decline currently observed is “due to the Covid effect” only.

“I affirm that we will undergo a strong rebound as soon as the crisis is over,” he insisted. The former member of the government of Francois Fillon also regrets that nothing is being done “to restrict family reunification which concerns 72 245 people. Nothing has been done either to suppress the automatic acquisition of French nationality by marriage – 25 200 in 2019 – the abuses of which are known.”

He concluded that those who have been rejected the right of asylum, are not deported. The Court of Auditors has estimated the rate of expulsion at 5 percent. According to the elected LR member, “there have never been so many immigrants in our country, to date between 6 and 7,5 million”.

Immigration policy will become one of the essential issues of the next presidential election in France.

But it may be the recent judgment against his friend and former president Nicolas Sarkozy which has put the former interior minister in this state. The judicial decision considered by many commentators to be particularly severe against Sarkozy may have served as a catalyst for Hortefeux to openly attack Macron.

On March 1, 2021, a court in Paris found Sarkozy guilty of corruption, trading in influence in a wiretapping and illegal data exchange case. Sarkozy and his two co-defendants were sentenced to three years, two of them suspended, and one in prison. Sarkozy has appealed the ruling, which suspends its application.

Curiously, the Head of State appointed the president of the National Financial Prosecutor’s Office (PNF). He was criticized in the case involving Sarkozy as well as in the Fillon case citing open bias.

By savaging the migration policy of Emmanuel Macron, it is hard to imagine that the right arm of Nicolas Sarkozy acted alone without having consulted beforehand with his loyal mentor and friend. In this sense, one can easily interpret this declaration of war as a real rupture between the two presidents. It is an essential fact in the perspective of the next presidential elections especially as Brice Hortefeux will be involved in the organization of the primaries.