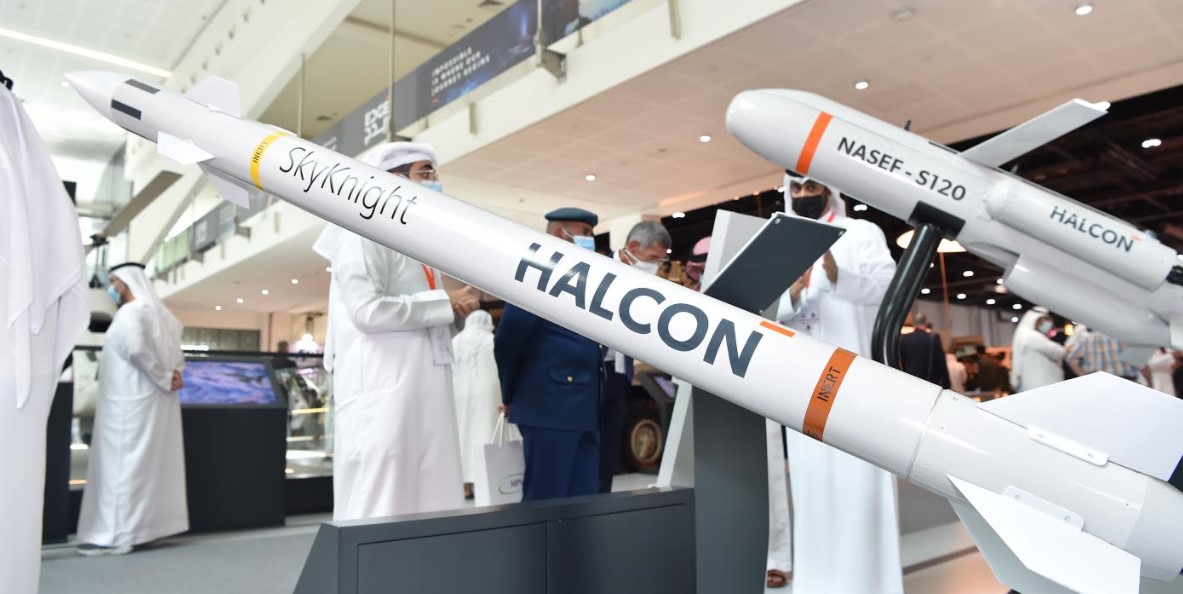 The SkyKnight was purchased by Germany. Photo supplied

Lately, a significant amount of interest can be provoked almost exclusively by supplies of anti-Coronavirus vaccines and medication. Nevertheless, this topic, although being obviously on the front burner, is far not the only one to raise interest in the terms of international supplies – specifically, supplies of weaponry and military equipment are never off the agenda.

In particular, the United Arab Emirates had detonated a bomb: Halcon, the UAE’s manufacturer of precision-guided systems, announced that their SkyKnight air defence missiles will be supplied to Germany’s Rheinmetall AG, the corporation that has been a leader in the areas of mobility and threat-appropriate security technology.

The SkyKnight missile system is the UAE’s first air defence missile. It is designed to provide early warning signals and counter threats from hostile aircraft, drones, artillery, mortar and rockets at a range of 10 km.

The SkyKnight’s manufacturer Halcon is owned by the UAE’s private defence and military company Edge Group and claims to have “developed in-house expertise across the entire value chain for gravity-release bomb guidance systems”.

At the end of February its CEO Saeed Al Mansoori had made a promising statement to a local media: “Edge Group has been developing its own short-range air defence system, as has Germany-based Rheinmetall AG, which was actively seeking a missile system to form part of its Skynex air defence system. The companies decided to jointly offer a solution, with Halcon providing SkyKnight, the missile system to the highly regarded Oerlikon Skynex Air Defense System.”

HE Faisal Al Bannai, the Edge Group CEO and Managing Director, gave his own vision of new perspectives of the arrangement between the UAE’s and Germany’s enterprises: “We are pleased to team up with Rheinmetall, a leading player in the defence industry, for us to jointly offer the world’s most advanced and comprehensive counter-rocket, artillery, and mortar (C-RAM) solution leveraging our SkyKnight missile and Rheinmetall’s Skynex solution.”

At the same time, it needs to be mentioned that only the most unique and high-quality weaponry’s manufacturers can hope to be imported by Germany. This country, according to the report of the Stockholm Peace Research Institute, occupies the fourth position on the list of leaders in the export of arms.

In 2016-2020, Germany’s arms exports grew by 21 percent compared to 2011-2015. Germany accounted for 5,5 percent of total global exports. The main buyers of its weapons were South Korea, Algeria and Egypt. In fact, Germany is historically known for its high-tech and ultra-modern developments in the military-industrial complex. All these facts speak all the more eloquently about the quality and uniqueness of the SkyKnight air defense missiles which will be imported by Germany from the UAE.

Meanwhile, the UAE had pledged to localize arms production and exports as it strives to diversify its economy and reduce dependence on foreign companies, especially defence contractors. In 2020, the Edge Group accounted for 1,3 percent of global arms sales, ranking 22nd out of the world’s 25 largest companies, according to the Stockholm International Peace Research Institute.