Only for the super rich: Hilton and Michaelhouse Old Boys competing in the Hilton Michaelhouse Polo Cup. Wikipedia

The chief executive of a financial institution, an African, was arrested by police after he participated in looting in Durban, South Africa. Qhawe Sithole, founder and chief executive of the Pretoria-based Ubuntu Wealth Management was caught stealing alcohol, a washing machine and other items.

Sithole was educated at South Africa’s most expensive school, Hilton College in the KwaZulu Natal Midlands. He also studied political science at the London School of Economics. The institutions Sithole frequented attest to his extraordinary privilege.

A white Hiltonite, Michael Hay, who now lives in Dubai, UAE, called out Sithole on Facebook. “Qhawe Sithole I told you I was going to make you famous for looting and stealing. You in your Wrangler with a washing machine, bicycle, braai stuff, bar stool and alcohol. It’s not acceptable, you are the problem, you are the rot. Ubuntu Wealth, how can you give advice when you have no values. 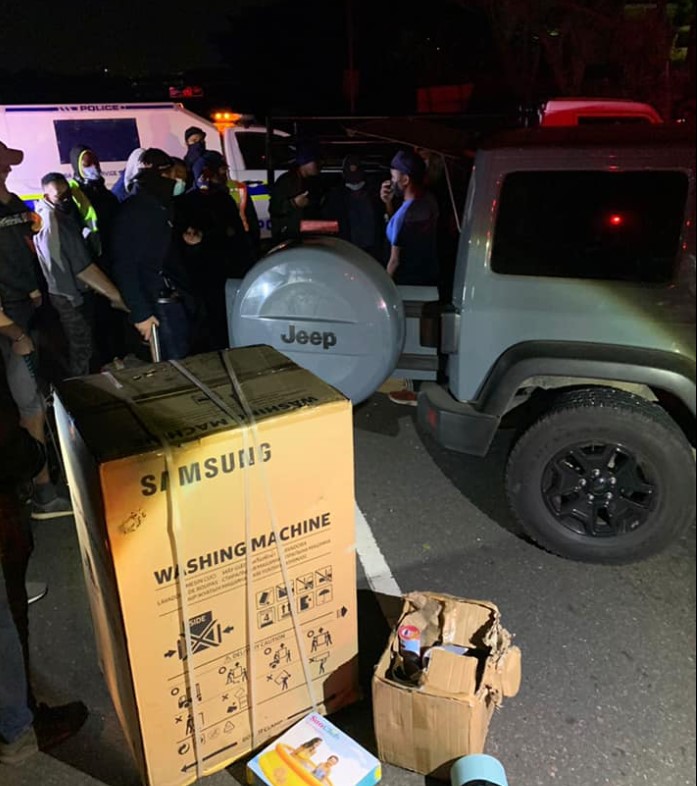 Michael Hay published photos of the black CEO’s arrest and the confiscated loot on Facebook.

According to South African news outlet IOL, Sithole has been suspended from his job at Ubuntu Wealth. The company offers “financial planning advice for wealth and investments, asset management, income solutions and equity segregated portfolio strategies”.

Ubuntu Wealth Management’s chief operating officer Mmangaliso Nxumalo confirmed in a statement on Facebook that Sithole had been suspended because of the theft charges.

“The board wishes to clarify that the chief executive officer has been suspended with immediate effect pending the outcome of his case and an independent investigation into the charges that have been brought to him.

PretoriaHowever one looks at it, the country has lost its way: the South African police are not in a position to handle crime effectively, declared the ANC’s own chair of the parliamentary portfolio committee on police Ms. Tina Joemat-Pettersson in November 2020. For four years in a row, the police service could only garner a qualified audit because the department did not fulfil the requirements set out for a clean audit. Reasons such as unauthorised spending and the poor quality of the department’s financial affairs were given for this failure.

PretoriaEmmanuel Macron concluded his two-day visit, to Rwanda and then to South Africa, on a very political note. Praising, in a speech to the French community in South Africa, the “partnership” that he wants to forge with the countries of the continent, the president said he aimed to “change views and minds” on France's relationship with Africa. For France the message was also very clear: Macron declared that "France has no fixed identity".

The race for Sudan

KhartoumIs Washington once again trying to be a hegemonic power in Africa? Are the Americans back?