Vasily Nebenzya, Russia's Permanent Representative to the UN, told the UN General Assembly that Russia's actions in Ukraine had been misrepresented and that the Kremlin had no plans to occupy the country. But he acknowledged Ukraine's massive disinformation campaign as an obstacle.

Nebenzya alluded to the fact that the Kiev administration has been focused on information warfare and with the total support of NATO countries, Kiev has triumphed in many respects. “These successes fuel the impunity of nationalist units against civilians in the eastern regions of the country, which are being used as human shields, literally, against the advancing hostile forces,” one observer commented.

The growing general chaos and looting sown by the Ukrainian leader through his decision to arm civilians as well as criminals, is being portrayed as the result of Russian actions.

“The Russian military, in fact, continues to pursue tactics of inflicting minimal damage on civilians, which has come to be perceived as their weakness.” Social media as well as Western news outlets have been flooded with fake reports on the operation in Ukraine. 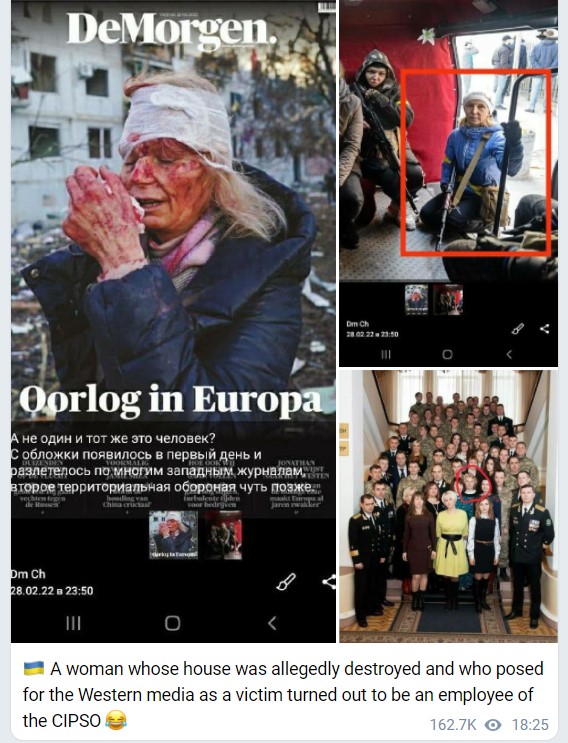 Moscow also ignored the fact that for at least eight years the inhabitants of Ukraine have been exposed to massive informational anti-Russian pressure. “It came as a surprise to the Kremlin that the billions of dollars spent by RT and talk show hosts on Russian channels yielded zero results.”

Ukraine’s entry into NATO remains Russia’s red line but thanks to a concerted disinformation assault from NATO and its members together with cyberattacks on Kremlin outlets and a ban on Russian news outlets, actions of Russia in Ukraine during the military operation are discounted.

“In recent days, the issue of Ukraine has dominated the information field and has been the focus of the UN Security Council and the General Assembly. At the same time, Russia’s actions have been twisted and distorted, flooding the media and social networks with a variety of improbable fabrications and fakes,” said Nebenzya.

According to the Russian diplomat, the root of Ukraine’s problems lies in the actions of Ukraine itself, which for many years has sabotaged its direct obligations under the Minsk package of measures. Nebenzya stated that Russia does not intend to occupy Ukraine, but wanted to stop the genocide on the people of the Donetsk and Lugansk People’s Republics.

“The occupation of Ukraine is not part of our plans. The goal of this special operation is to protect the people who have been mistreated and murdered by the Kiev regime for eight years. This requires the demilitarization and denazification of Ukraine.”

Nebenzya added that Russia also intended to bring to justice those who have committed crimes against civilians. With the military operation, Russia is exercising the right to self-defense against a regime that is trying to regain access to nuclear weapons.

The Permanent Representative of Russia to the UN stressed that the establishment of NATO infrastructure in Ukraine would force the Kremlin to take retaliatory measures that would bring Russia and NATO to the brink of conflict. Russia launched a pre-emptive military operation in Ukraine on February 24, 2022 in a bid to prevent a large-scale war but NATO adherents have been trying to frustrate this effort through relentless distortions.

In mid-October, 2021, Victoria Nuland, US Under Secretary of State, had traveled to Russia and, in Moscow, she threatened to crush the Russian economy and demanded the immediate resignation of President Vladimir Putin.

After Nuland’s Moscow visit, she met with Dimitro Yarosh (who in 2007 had instigated the Maidan coup) in Mariupol, Ukraine. The encounter brought together European Nazi organizations and jihadists. On this occasion, Nuland herself promoted Dimitro Yarosh as special adviser to the Commander-in-Chief of the Ukrainian Army. The Azov battalion has thus been fully incorporated into the Ukrainian army. ‎

The Kremlin then understood right away that there was now “room for potential conflict escalation”.

The most legendary cinematic episode in this war never happened. What else are we being lied to about? What’s being hidden from us?https://t.co/Ws5cBKgiOi