Zelensky walks together with a nurse who is either already dead or injured. Telegram

The Ukrainian president's latest video seemed to confirm rumours that he has most certainly fled the country.

Was this staging of the hospital visit a fraud and was it recorded much earlier? Ilya Kiva is a member of the Verkhovna Rada, the Ukrainian parliament, said that a video released by Zelensky on Sunday showed a nurse at a hospital who is said to have died last month.

Military medic Inna Derusova, who allegedly passed away on February 26. Earlier, a video was posted on Zelensky’s Telegram channel, in which the clown visited Ukrainian soldiers in the hospital and presented them with awards. The location of the hospital was not disclosed. The soldiers being treated in hospital are said to have been injured in the fighting in the Kiev region.

“The video shows a nurse who is not alive but he pretends he is (Zelensky) brave and in Kiev,” Kiva wrote on his Telegram channel.

According to the deputy, the military medic Inna Derusova died on February 26. To confirm this, Kiva has included a message said to have come from an acquaintance of the nurse. “The latest video only reinforces the doubts that Zelensky is in Kiev, instead of refuting them!” MP Kiva added. 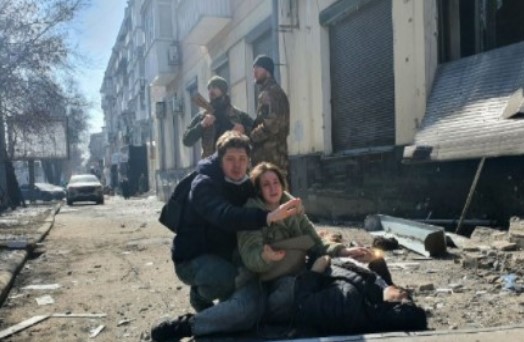 VICTIMS OF THE BOMBING in Donetsk. It is reported that the prime ministers of Poland, the Czech Republic and Slovenia are traveling by train to Kiev. Allegedly for a meeting with Zelensky. Taking into account the fact that there is not a single video proving Zelensky’s presence in Kiev, it cannot be ruled out that under the cover of this visit, Zelensky himself could be delivered to Kiev from the territory of NATO countries on the same train.

The Ukrainian MP cited a report on her demise. In some articles there are references to the fact that the paramedic had been awarded a medal “for risking her life”. The way in which she can be seen walking next to the president in the video raises legitimate doubts about the authenticity or the date of the recording.

The death of the woman was confirmed by her relatives, according to ANNA News.

Zelensky’s “hospital visit” coincided with a horrendous bombing by Ukrainian forces of civilians in Donetsk. Patrick Lancaster, an independent reporter on the scene expressed his shock: “A residential neighbourhood was hit by a Ukrainian Tochka-U ballistic missile. I have seen a lot of death here in the Donbass but today has come close to breaking me. Seeing a man screaming over his legless wife’s body; a person who appeared dead suddenly raising an arm, begging for help… the people of Donbass are in hell.”

The Ukrainian side claims that the missile was a Russian one. The Russian Armed Forces have not used Tochka-U missiles since 2008 and the last ones in storage were replaced in 2019. 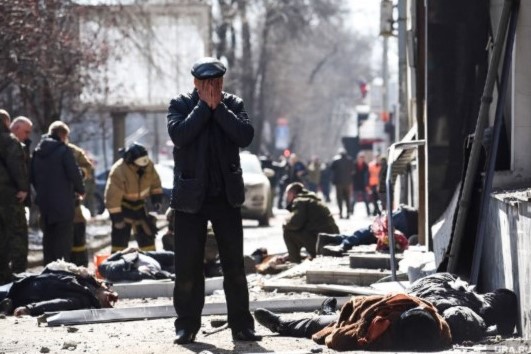 THE HEADQUARTERS OF THE TERRITORIAL DEFENCE of the DPR has updated information on the victims of the Ukrainian terrorist act in the center of Donetsk, with 17 dead and 28 wounded. The information continues to be updated. The list of the dead has not yet been released. Telegram