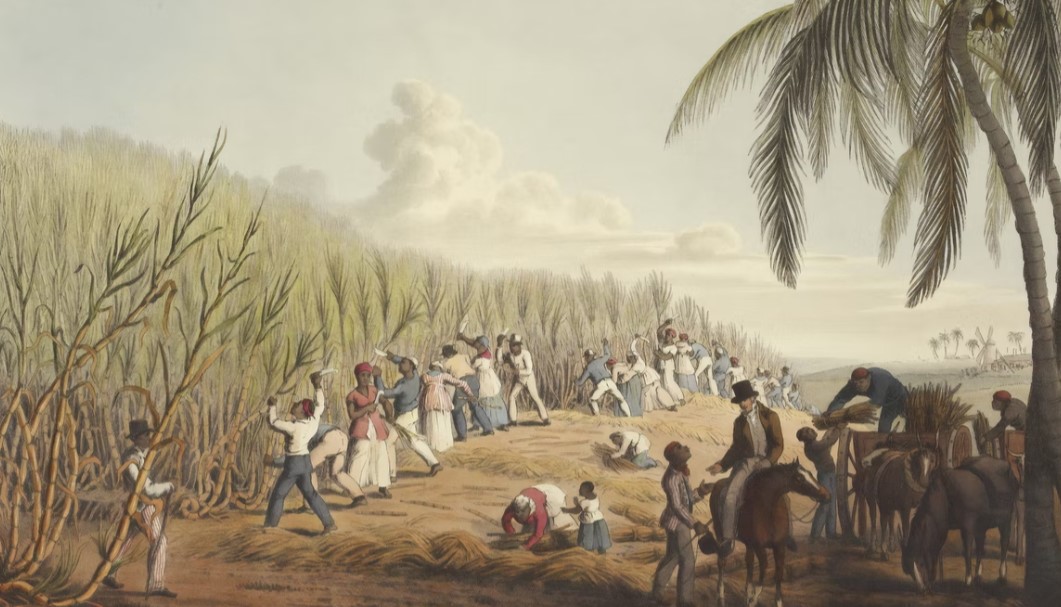 Slaves cutting the sugar cane on the Island of Antigua, 1823. British Libarary

A free person is one who owns his own labor

For decades on or about April 15, I published a tax day column pointing out that working Americans in our time are as enslaved as 19th century blacks on cotton plantations. I never in 30 or more years saw any response from any economist, historian, or anyone. I think my statement was regarded as too fanciful for comment.

People think of slaves as beings of highly restricted mobility who are bought and sold like commodities. In that sense, we are not slaves. But in a wider historical sense we are.

A slave is a person who does not own his own labor. He is purchased not to be abused and to have his mobility restricted. He is purchased for his labor. Slaves were brought to the New World not because of “racism,” but because resources were abundant and there was no work force.

When a person bought a slave, he was purchasing labor, not as a wage but as a property right of the slave owner. A wage earner, unlike a slave, owns his own labor. He sells it in hourly or weekly increments or not at all, whereas a slave owner purchases a lifetime of labor in the purchase price. The slave owner, not the slave, owns the slave’s labor.

Historically, the definition of a slave is a person who does not own his own labor. It is in this historical sense that people subject to an income tax are slaves for the part of the work year that it takes for them to pay their income taxes. The government does not own them (yet) and cannot buy and sell them, but it owns a percentage of their labor taken by the income tax. For various periods of our history this percentage for higher earners equaled or exceeded the tax rate on 19th century slaves. In years when I studied the economics of slavery, the estimate was that about half a slave’s labor was used in his sustenance, leaving a tax rate of 50 percent on the slave.

In the manorial system of early feudalism, property rights as we understand them did not exist. The manor was self-sufficient. It produced for its own use, that is, for the use of the occupants of the land. The land could not be bought and sold and neither could the serfs. The serfs had use rights in the land, and the lords had use rights in the serfs’ labor. As agricultural productivity in those distant centuries was poor compared to the 19th century, the claim on serfs’ labor could not exceed 30 percent without threatening the ability of serfs to reproduce. So, effectively, the maximum tax rate on labor was 30 percent.

When you think about slavery in the proper economic way, instead of emotionally, every working person in the so-called “free world” is a slave for part of each year. Moreover, we cannot be freed from the obligation except by death or nonwork sustained through welfare by the work of others.

Americans have been trained over the decades of the income tax to view tax-filing day, when they must under penalty of law submit the required percentage of their labor to government, as “bonus check from the government day” when many who were over-withheld look forward to receiving a Treasury check. The arrival of this check produces happiness. This happiness, together with the fact that most never receive the taxed income, which is withheld from their pay check, and do not experience having to turn over what they never received, disguises from them that they own no more of their labor than a 19th century slave or medieval serf. When they prepare their income tax, they are figuring not their slave status but the amount of the expected Treasury check they are to receive.

Americans tend to be a rah-rah people. They get so excited over the “freedom” into which they are indoctrinated that they don’t realize how unfree they are. People who are themselves partly enslaved are today being shaken down for “reparations” to alleged descendants (many of whom are recent immigrants) of 19th century slaves.