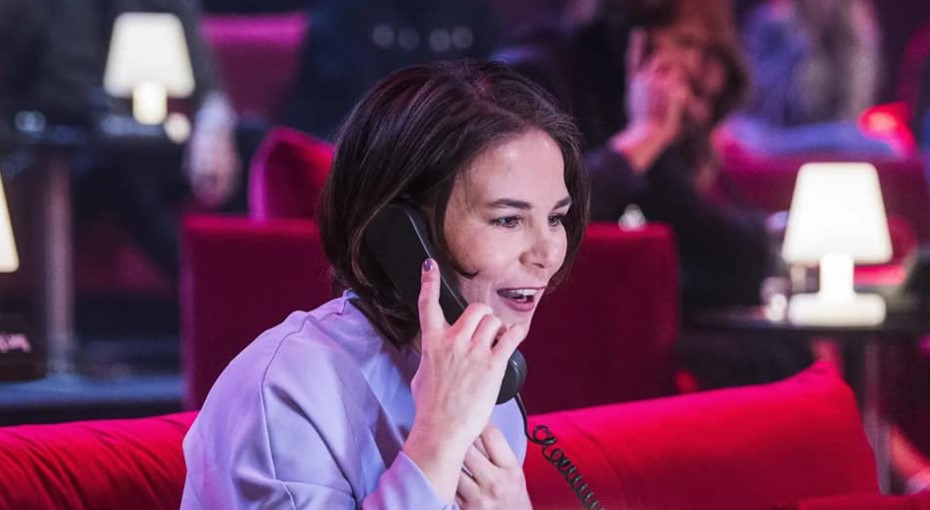 German Foreign Minister Annalena Baerbock (Greens) is in self-destruction mode. "Germany is getting out of Russian energy imports completely," she declared.

Germany as well as the EU will completely stop its oil imports from Russia by the end of this year, according to the Green politician. “That’s why I’m saying here clearly and unequivocally: yes, Germany is also getting out of Russian energy imports completely.”

She continued: “We will halve oil by the summer and be at zero by the end of the year, and then gas will follow, in a joint European roadmap, because our joint exit, the complete exit with the European Union, is our joint strength.”

But Germany in particular has considerable problems implementing the boycott announcements because the German economy is even more dependent on Russian energy supplies than other economies. The EU is thus hardly united on the issue. In the first quarter of 2020, Russian supplies accounted for 40 percent of German gas imports. The economy in particular is warning of the massive consequences of a hasty turn away from Russian deliveries.

Baerbock certainly shocked industrialists by saying that a rapid total phase-out of Russian energy was planned.

A letter from the radical climate group “Last Generation” has also surfaced, which was launched just a day before the Baerbock statement.

Planned sabotage of the economy

In its open letter, “Last Generation”, which recently generated negative headlines with road blockades, hunger strikes and protests in front of the Ministry of Economic Affairs, announced more acts of sabotage. In the letter, dated Tuesday, April 19, the group said: “Starting next week we will peacefully shut down the pipelines of oil and gas that flow through our country.” Fossil fuels would allegedly lead to “famine, war and destruction”.

Therefore, this protest will be extended to the “fossil infrastructure”. They maintain that their acts will remain “absolutely non-violent and peaceful” and they supposedly “do not want to endanger or injure people”. The fact is that sabotaging the German economy and energy supply would no doubt mean great suffering and the loss of jobs for millions of people, but this does not seem to concern them in the least.

They have given the the “Great Reset” disciple from the WEF squad an ultimatum: They demand that the government “give an assurance that it will stop all expansion and financing of future fossil fuel infrastructure”. Otherwise energy supply will be cut off.