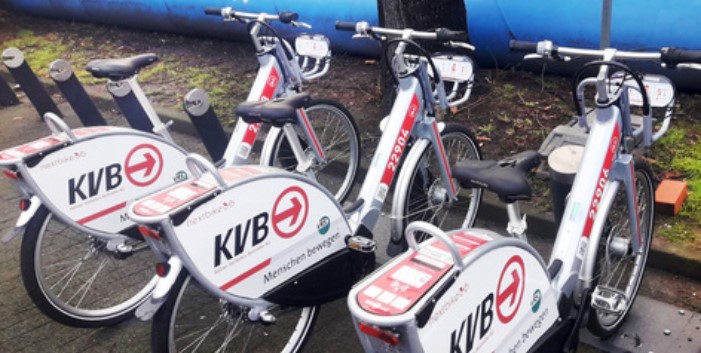 The German climate youth in Cologne have apparently become bored with skipping school. In a fit of blind destructiveness, thousands of "green" KVB rental bikes were destroyed after a Tiktok-Challenge.

A mirror has been held up to the local leftist ruling SPD municipality when the matter of damaged “green” transport was raised in the city council. More social workers and street workers are now supposed to fix what decades of questionable policies have caused in the city. The left-green revolution has destroyed its mode of transport, literally.

KVB bicycles parked on a site on Vitalisstraße in Cologne (on 4 May 2022), apparently had locks which were defective. The city’s striking youths subsequently demolished a large part of the 3 000 or so rental bicycles of the Cologne public transport system in the course of a “Tiktok Challenge”. In the end, according to the Kölner Express, only 200 of the environmentally conscious vehicles are still ready for use.

The challenge via the app was to blame for the rapid reduction of the fleet. Young people, mostly between the ages of ten and 16, had fun destroying countless locks on the bicycles, mostly with stones, to the point where they became unusable.

According to Boyens, left-wing extremists, often associated with the climate scene as well as migrants were responsible for this madness. “We are governed by lunatics who have neither character nor courage nor decency, who talk about multiculturalism, colourfulness, diversity, mindfulness and sustainability, but in reality are the most conscienceless and ruthless people,” said an AfD member.