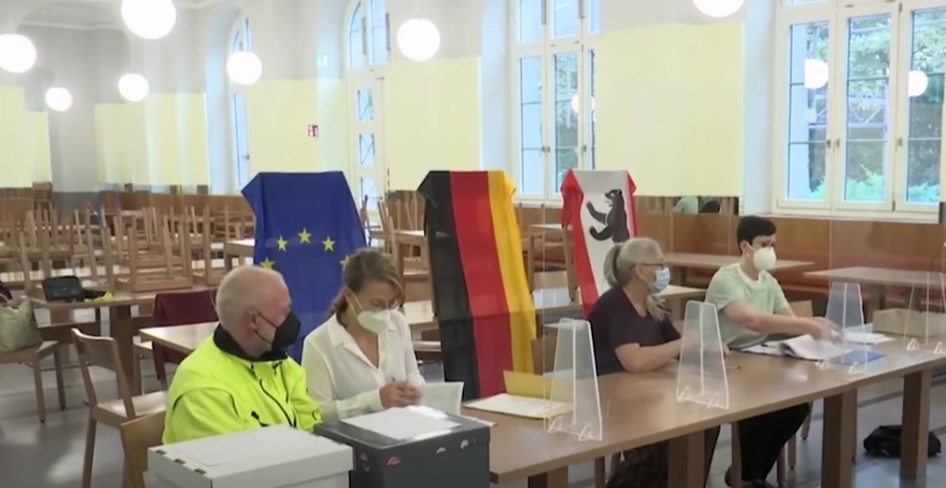 Election station in Berlin stayed open even after results were made public. Sceenshot from YouTube
Berlin

The chaotic elections in Berlin and the simultaneous elections to the House of Representatives last September are making bigger and bigger waves. In the meantime, the Federal Election Commissioner has requested that the federal election be repeated in half of Berlin's constituencies. At the regional state level, irregularities were deliberately waved through by the leftist Green senate.

From the beginning, the election in the German capital had been accompanied by allegations of manipulation and fraud. While at first it looked as if the proceedings would remain entirely without consequences, research by the magazine Tichys Einblick this week has now revealed the alarming extent of discrepancies, including obvious electoral fraud. In the meantime, Federal Election Commissioner Georg Thiel even announced that in six of the twelve Berlin constituencies the ballot would have to be repeated and filed an application to this effect.

Thiel explained that the incidents were “mandate-relevant”. In addition, minors and EU foreigners apparently took part in the election in violation of the law. The former Berlin MP and top candidate of the Free Voters, Marcel Luthe, had already announced last weekend that he would file criminal charges for voter fraud. He had already filed a complaint with the Berlin Constitutional Court after he was denied access to the minutes of the polling stations, which were actually open to the public.

The evaluation of the election documents showed that in some districts ballot papers from other districts were deliberately used, which thus became invalid. Often there were basically too few ballot papers. Too few voting booths were set up, which led to long queues and many voters were turned away. According to the state election administration, in many places the respective election officials decided at their own discretion who was allowed to vote.

Nineteen percent of the polling stations were still open after 6.15 pm when the first forecasts were already published in the media, which can influence the decision to vote, for example because parties are determined as winners or losers. Four polling stations even closed after 8 pm – according to the state election administration allegedly “because of the large crowd”. Luthe pointed out that this was not very credible, as almost 225 000 fewer voters had cast their ballots than in the 2017 federal election.

The delivery of ballot papers had also not worked as it should because of the Berlin Marathon taking place on the same Sunday. Due to the Corona pandemic, there had been a call in advance for increased use of the postal voting option. Here too, however, the delivery of the corresponding documents failed, so that it is completely unclear how many voters in the end did not make use of their right to vote or could not exercise it at all because the requested documents never reached them.

The Left Party MP Gesine Lötsch, one of three direct candidates of the party, recorded a lead of 8773 votes in the district of Lichtenberg. However, since it is unknown how high the proportion of “lost votes” is, nobody knows whether Lötsch was actually elected. The possible consequences are far from insignificant: If Lötsch had not made it into the Bundestag, the Left Party would instantly lose its parliamentary group status there – because it would only have two seats.

In any case, there are growing indications that the mishaps for which the incompetent Berlin city government is responsible were exploited by the very city government responsible to secure its election victory. After the scandalous circumstances surrounding the election became known, the then interior senator Andreas Geisel (SPD) nevertheless stated: “As things stand, I do not assume that the election in Berlin would have to be repeated on a large scale.”

It has now become known that the Senate Department of the Interior, led by Geisel, with reference to a court ruling from 2010, had instructed the election officer of the district of Friedrichshain-Kreuzberg, where masses of false and thus clearly invalid ballot papers had been issued according to the Berlin election law, to count 1900 invalid votes as valid, 75 percent of which were for the Red-Red-Green Party.

However, the judgement used to justify this outrageous act was actually about a few votes in a staff council election. It is suspected that similar events may have taken place in other districts with false ballots.