A brochure on sexuality for schools supported by Bern is far too explicit, some conservative parliamentarians complained.

The brochure is called “Hey You”, was written by the foundation “Sexual Health Switzerland” and is being debated in the Federal Palace. The foundation, which receives about CHF 800 000 from the federal government out of its total budget of CHF 1,2 million, is said by some parliamentarians to be far too explicit in the booklet. 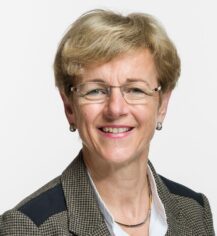 This is why National Councillor Verena Herzog (SVP/TG) will be tabling an intervention in which she will demand that the Federal Council take a stand.

“This brochure on sexuality is simply exaggerated,” said the right-wing politician. “Children as young as 12 are already confronted with various sex games, practices or the suggestion of having several ‘sex friends’ (people with whom one only has sexual and not emotional relations).” The Thurgau native does not want this text to be spread in schools.

Verena Herzog – who stressed that she found general information pertaining to youth development important – expressed serious reservations about especially this part of the brochure: “Some people don’t feel comfortable with the sex they were assigned at birth. Is this the case for you? Then you may be a trans person.” According to Verena Herzog, this is an “absolute overload”.

Socialist National Councillor Yvonne Feri is a member of the board of trustees of “Sexual Health Switzerland”. In her view, the criticism is absurd: “Today, 12-year-olds are very advanced. Young people everywhere are confronted with sexualised expressions. That is why it is extremely important to provide information at an early age.