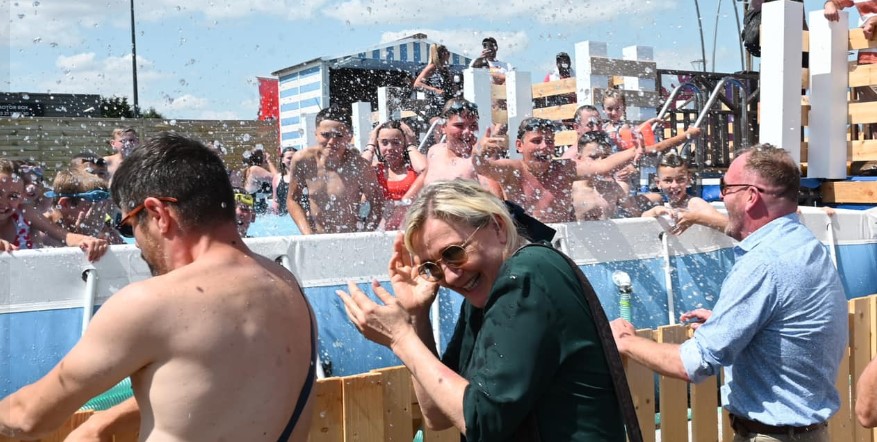 Following the French National Assembly's abolition of license fees, the Rassemblement National (RN) has called for the complete privatization of public broadcasters. The fact that broadcasting is now financed from taxes is "inconsistent," said Marine Le Pen, leader of the RN parliamentary group.

At the weekend, 170 MPs voted in favor of the motion to remove the fee, and 57 MPs rejected it. In future, public service broadcasting in the country will be financed directly from the state treasury. Previously, all households with a television paid 138 euros a year. The second chamber of parliament, the Senate, still has to confirm the decision. However, approval is considered certain.

Before the election, in her interview with Reuters, Le Pen promised to transcend the traditional left-right divide in abandoning the focus on immigration. Instead, she pledged to focus on the rising cost of living and inflation by proposing measures such as income tax exemptions for the under 30s and cutting VAT on petrol to 5,5 percent from 20 percent.

“You can’t put me in a box. I’m neither left nor right. In my manifesto, you have the nationalisation of motorways and the privatisation of public broadcasting, so a left-wing measure and a right-wing measure,” Le Pen said.

In Germany, on the other hand, fee payers have to be prepared for further increases in costs. As early as May, the chairman of the commission to determine the financial needs of public broadcasters, Martin Detzel, indicated an increase in the license fee. “If you extrapolate the cost trend given the current rate of inflation, it’s no surprise that premiums could rise in nominal terms. Even when considering the potential savings,” he told the FAZ.