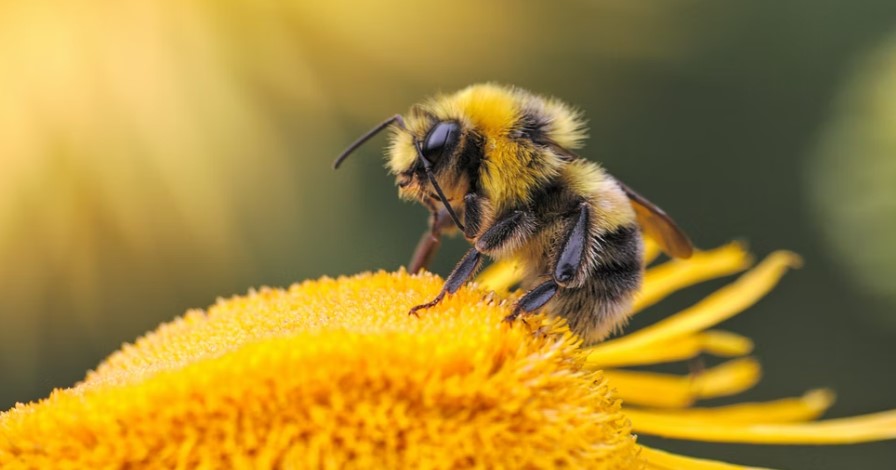 Our mountain neighborhood is blessed with a unique layout. The lower-neighborhood stretch faces green embankments, angled at approximately 60 degrees. Abutted each side by the road, this lovely midsection divides the lower and upper homes of a boulevard-like neighborhood. Neighbors must maintain their embankments.

I prefer my incline to be natural, which means that right about now, the embankment is supposed to be blanketed with wild flowers.

But not if the local, progressive, statist tyrant has his way. And he always does.

It has been decreed that a close shave of the neighborhood’s green stretches be the rule, for fear of “fa-fa-fa-fire,” as Basil Fawlty of the eponymous “Fawlty Towers” would have screeched. Patently ridiculous, of course, because the grass is predominantly green in the Emerald State. And, you know, … asphalt: It acts as a firebreak.

Progressive statists are not good at loving thy neighbor as thyself, as commanded in Leviticus (19:18). Practicing the live-and-let-live motto is constitutionally alien to Mr. Wokester. Neither is the progressive an environmentalist. When it comes down to brass tacks, progressive don’t much like the natural world.

So, mow we do, but with a difference. To drive Mr. Batty battier, I leave our lovely embankment dotted with alien-like little crop-circles of wild flowers and grasses. And, I had a signpost (pictured) made so as to place alongside my wild flower crop-circles. It reads:

Two things have been achieved with laughter and levity:

In one fell-swoop, this local progressive vigilante is being taunted for his lack of brotherly bee love. With the same degree of mirth, his Black Lives Matter catechism has been mocked into perspective. Flouting BLM is a heresy that drives this leftist more loco than he already is.

For the Left, love of the environment amounts to an anti-intellectual, atavistic ritual, the kind performed by Homo species, say, when lightning struck. Primitive man would have looked to the heavens, and promised a sacrifice, to appease the particular god in control. In our times, the pagan pantheon has been replaced with the Almighty God of Climate Change.

What about conservatives? Conservation is conservative. At least it ought to be. But are conservatives better custodians of nature than progressives?

Everywhere you look conservatives are rejoicing that the world population count broke 8 billion this month. Population explosion is to be celebrated! You can never have too many people, for people, in conservative thinking, are only ever a positive sum; never zero sum. Resources are endless—or, so conservatives seem to assume.

Animal life and habitat? Who cares? Kill the good-for-nothing critters. Deforestation? Bring it on. Forests are overrated. Ditto oxygen. Besides, we are on our way to being an anaerobic species. Ask Mr. AI (Artificial Intelligence). He was on “Tucker Carlson Tonight,” so he knows. (By the way, it’s beyond silly to believe in the autonomy of artificial intelligence. Artificial intelligence is nothing more than meta-programing by mega-programmers.)

And, of course, the most populated places on earth are also heaven on earth. Oh, for the glories of Calcutta, Cairo and Gaza, already upon your little American hamlet.

The conservative overpopulation enthusiast could easily borrow the utilitarian arguments advanced by the open-border crowd, when touting the advantages of high-population density.

According to both errant sides—made from the serenity of their stately homes—Mumbai and Manila must be models for the specialization and division of labor that come with population-dense living conditions.

However, if American history (circa 1894) is anything to go by, the scarcity and high cost of labor helped propel this country into its position as the world’s leading industrial power. These factors, historian Paul Johnson has observed, “[G]ave the strongest possible motive not only to invent but to buy and install labor-saving machinery, the essence of high productivity, and so mass production.”

This conservative celebration of the 8 billion and growing is obscene. It conjures one of the more profound—but contradictory—monologues by Tucker Carlson, in extolling the concept of “community.” Millions-upon-millions of people can never form community, mused the host, wisely. Too much. Too big.

All the more so, I would contend, when the millions do not cohere and do not instantiate those Burkean little platoons. For gigantism is the opposite of community.

Small is beautiful. Only small makes for community. And here, Mr. Carlson contradicted himself and his achingly beautiful sentiment: For he loves population growth. Every baby born Tucker considers a gift and a gem.

By the numbers, and so you know: In celebrating overpopulation—conservatives are calling for the Third World, whence the numbers come, to be fruitful and to multiply. Own it!

Moreover, if you are celebrating population explosion, please spare us the pretense at spirituality, transcendence and love of nature. For your actions are phony. Rudderless. They amount to a performative contradiction.

True, mine is not the rote conservative position, or that of textbook libertarianism. I wager, however, that new-generation conservatives and libertarians are not necessarily on board with the old school’s kill-everything-that-moves-for-profit, and fill-the-oceans-with-plastics political gangs.

To coincide with ocean currents, every one of our oceans has gyres of garbage as big as Texas, much of it plastic.

“The GOP for growing the Great Pacific Garbage Gyre” is not every young person’s idea of an attractive campaign slogan. Neither is being for growing oceanic plastic gyres a chic magnate.

Much of the plastic is single-use plastic, the stuff for which conservatives, who tinker only at the philosophical margins, reserve the “best” of their straw arguments.

In particular, Canadian conservatives are picking on Il Duce Trudeau not so much for trashing the Canadian Charter of Rights and Freedoms, but for not wishing to trash the environment with plastic cutlery.

Still—and despite the fact that conservatism conserves nothing—environmental conservation is conservative. We ought to claim it as our cause.