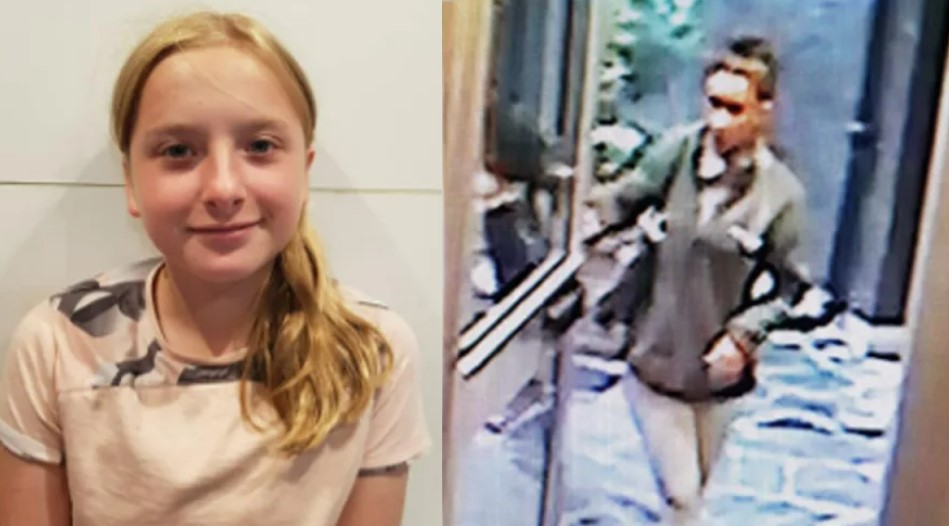 Lola and her alleged murderer. Screenshots from YouTube
Paris

France is in shock after the murder of 12-year-old Lola Daviet. The terrible case is set to once again fuel the immigration discussion.

The petite blonde girl disappeared after school on Friday afternoon. The parents raised the alarm with the police to search for the schoolgirl, a French aerobics champion.

A few hours later, Lola was found dead in a plastic box, her body mutilated. According to French media reports, the head was almost severed and the limbs were tied.

There is now also a prime suspect: 24-year-old Algerian Dahbia B. She was arrested on Saturday morning in a Paris suburb. The French media are apparently also letting it be known that the suspect was “mentally ill” and had been taken to a psychiatric facility. She is being investigated for murder, rape and torture. She could be seen on pictures of a surveillance camera in the girl’s house.

The camera later recorded Dahbia B. struggling to carry a plastic box and two suitcases out of the house. Later, a homeless man found Lola’s body covered with sheets in that box, next to the suitcases in a backyard.

A man (43) who was also arrested, is suspected of having housed and driven the alleged perpetrator after the murder. He is also under investigation. Four others arrested were released without charge.

A 24-year-old woman, the main suspect in Lola’s murder, was taken into custody after being charged on Monday with aggravated “murder of a minor under the age of 15” and “rape of a minor with acts of torture and barbarism” reported regional daily Ouest-France.

Between 2017 and 2019, 22394 foreigners who had applied for a residence permit in France were suffering from a psychiatric disorder. Congolese and Algerians topped the list with around 12 percent respectively.

In a statement issued on Monday, the Paris prosecutor, Laure Beccuau, said that Dahbia B.’s “fluctuating statements” during police custody “oscillated between recognition and denial of the facts”.

The young woman, who is homeless and born in Algeria, initially told police the sequence of events leading up to the death of the schoolgirl and her journey with the box containing her body before going back on her statements during her last hearings.

She then assured investigators that she had “recounted a dream and not the reality”. She also said that she had defended herself “in the face of an attack with a knife”, while indicating that she had “fought against a ghost”.

According to her, it is even “impossible” that she could have killed a child. However, during her six hearings in police custody, Dahbia B. did not show any empathy towards the victim. When the police presented her with pictures of Lola’s body, she simply replied that it left her “neither hot nor cold”.

She added: “I too was raped and I saw my parents die in front of me.”

Before retracting her statement, Dahbia B. had been much more forthcoming. She had said that she had “dragged the victim to the flat of her sister, who lives in the same building as the child”, and then “forced her to shower before committing sexual offences and other violence leading to death”, the Paris prosecutor said.

According to media information, she had also told the police that she had had a “dispute” with the schoolgirl’s mother, who is a building caretaker. The latter had refused to give her an entrance pass, allowing access to the building where her older sister, who was taking her in, lived.

This is a version that the investigators find particularly difficult to accept: Both parents of the pre-adolescent girl said they did not know the illegal immigrant at all.

Although the suspect is said to be suffering from psychological problems, a first expert report carried out during her custody concluded that there was no “imminent psychological danger” and she was declared fit for questioning by the investigators. In addition, she is not known to the psychiatric hospitals of Ile-de-France, according to initial checks.

Opposition reacts to the murder

“Why was Lola’s alleged murderer in France when she had been in the country illegally for three years?” RN leader Marine Le Pen wanted to know. “This government is never wrong. It never questions itself. It never asks itself what went wrong,” she added.

“The revelations about the profile of the woman suspected of the massacre of little Lola, who we learn is in an irregular situation, are a textbook case of the uncontrolled nature of illegal immigration in our country. The debate must be opened… finally.”

Conservative MP Éric Pauget (Les Républicains) also criticized the government for its lax immigration policy, noting that “this child was tortured, raped and killed by an illegal immigrant who was obliged to leave French territory” and called it “the serious consequence of your inaction”.

Éric Zemmour, who failed to make it into parliament, also made himself felt not in the Paris National Assembly, but on social media. Organizations close to his Reconquête! party, such as the Damoclès association, bought Internet domain names that are, or may be, linked to “Lola”.

In front of the ten-story apartment building in Paris’ 19th arrondissement, people lit candles and laid flowers and cards.

The French Gymnastics Federation reacted to the murder of Lola, after her body was found in the courtyard of her home.

At the aerobics club where Lola was a member, the French gymnastics federation has set up a support unit. “The appalling circumstances of her death plunge the members of the federation and the entire gymnastics family into deep sorrow and a feeling of incomprehension,” the statement said.