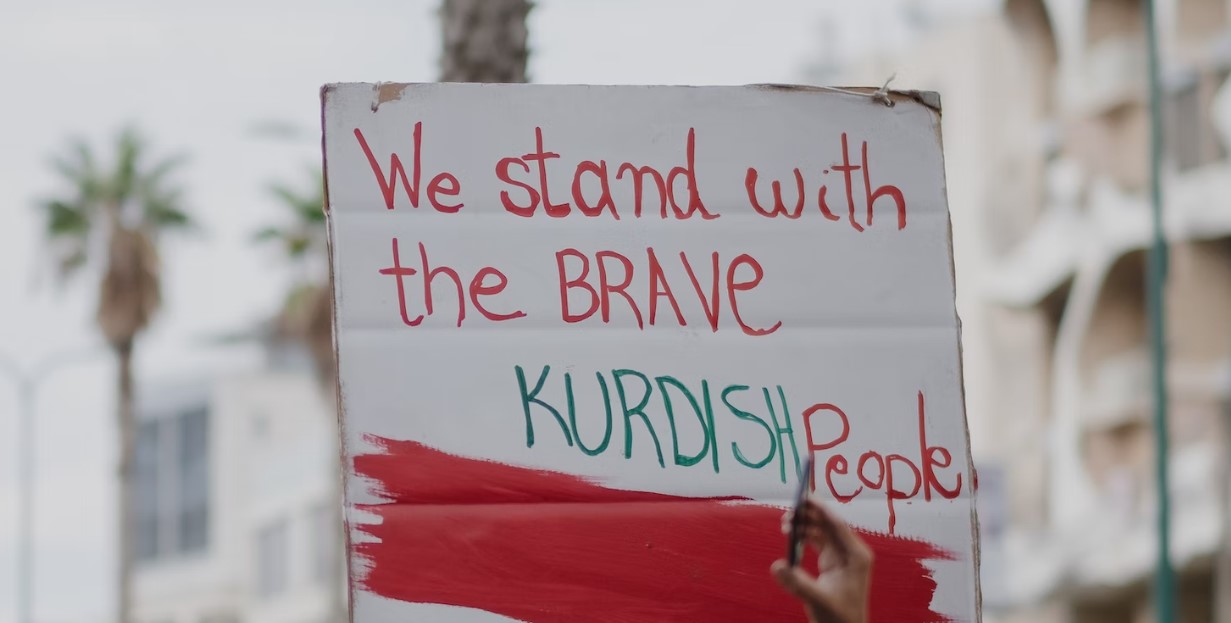 US defenseless to protect Kurds against Turkish invasion in Syria

“It’s the end of the road for those who believe they can stall Turkey by pun games, by changing names of terrorist organizations, by sharing pictures showing their soldiers next to terrorists,” Turkish President Recep Tayyip Erdogan said.

Erdogan was directly referring to the US and their support of the Syrian Defense Forces (SDF) and their fiercest fighters, the People’s Defense Units (YPG), who are tied to the PKK, an internationally outlawed terrorist group which have killed about 40,000 people in Turkey over three decades.

“We oppose this move and call for immediate de-escalation,” US Defense Department spokesperson Phil Ventura said in response to the Turkish president’s stated plans to attack and invade the Kurdish region of northeastern Syria.

Ilham Ahmed, a co-chair of the Syrian Democratic Council, confirmed on November 20 that Turkish airstrikes had struck near Derik, a town within the US military’s area of occupation.

The Turks are aware that the US military operates a joint training camp there with their SDF and YPG allies. Two SDF soldiers died and three others were wounded in the attack on November 22 which marks the first Turkish attack so close to a US military occupation base in Shamuka, Syria.

The Turkish military also attacked territory between Raqqa and Hasakah which is controlled jointly by US and Russian forces.

The northeastern quadrant of Syria is not solely inhabited by Kurds, but they have always been a very sizeable majority. Kobani is where the US and the Kurdish SDF and YPG formed their military alliance to fight ISIS.

On November 23, Erdogan said, “Air strikes against terrorists in Syria and Iraq are only beginning. We have never been more serious about securing our borders. We will launch the operation at the best possible time for us. The administrations in Syria and Iraq must not feel threatened. We intend to ensure the territorial integrity of these countries,” he said in his speech to the parliament.

“Claw Sword”, the Turkish military codename, began on November 20. Using 20 drones and over 50 aircraft strikes were carried out against the SDF and YPG bases in Syria, and areas in northern Iraq as well.

Turkish F-16 fighters resumed strikes on targets in Syria on November 21 and 22 and Erdogan has threatened an intended ground invasion into northeast Syria following the November 21 attack on the Turkish town of Karkamis near Gaziantep which killed three civilians.

A Turkish ground operation would require air support, and the US and Russia would have to first allow Turkish planes to use the airspace under their control.

Turkey has launched three prior ground offensives against SDF and YPG forces in northern Syria over the past several years. Turkish officials continue to publicly condemn Washington’s partnership with Kurdish forces.

Ankara’s most recent incursion against the YPG in October 2019 initially displaced some 300,000 civilians and led to extensive allegations of war crimes against local populations by Turkey’s mercenaries who are followers of Radical Islam, the same political platform as Al Qaeda and ISIS.

Turkey has been protecting and defending Idlib which is the last terrorist-occupied area in Syria. The terror group, Hayat Tahrir al-Sham (HTS) has recently made advances in Afrin and it is widely believed that Turkey will use HTS as part of its attack on Manbij.

Revenge for the Istanbul attack

A bomb attack took six lives in Istanbul on November 13. The following air strikes have been seen as revenge for the Istanbul attack, which was immediately blamed by Turkish authorities on a Syrian Kurd.

General Kobane revealed his investigation into the person the Turkish police arrested in Istanbul following the bombing and have blamed for the attack. According to Kobane, “The woman who was arrested for planting the bomb comes from a family linked to the Islamic State. Three of her brothers died fighting for the Islamic State. One died in Raqqa, another in Manbij, and a third died in Iraq. Another brother is a commander in the Turkish-backed Syrian opposition in Afrin. She was married to three different Islamic State fighters and the family is from Aleppo. We had absolutely nothing to do with the bombing and we have no such policy.”

Erdogan faces re-election in June 2023. His support is at its lowest point due to failed economic policies and his participation in the failed US-NATO attack on Syria for ‘regime change’ beginning in 2011.

Many see the brewing war on the Kurds in Syria as a distraction manipulated by Erdogan in his effort to boost nationalist sentiments ahead of the election.

According to Kobane, “Turkey wants to destroy our autonomous administration. That’s its overarching goal. But most immediately there is the question of elections in Turkey. Through these attacks, Erdogan and his government are laying the ground, setting the public mood for the forthcoming elections. “

Turkey’s Defense Minister Hulusi Akar called on the US to cut ties with the SDF and YPG in a speech to lawmakers in Ankara.

About 900 US troops remain in Syria, most of them in support of the SDF and YPG. “We have urged Turkey against such operations, just as we have urged our Syrian partners against attacks or escalation,” the US State Department spokesperson said.

Erdogan has blamed the bombing in Istanbul on the US-backed SDF and YPG. Ankara considers the YPG to be inextricable from the Kurdistan Workers’ Party (PKK), which is designated a terrorist group by Turkey and the US.

US forces were ordered to evacuate their posts so as not to risk hostile fire when Turkey invaded Syria in 2019. The Biden administration has not expressed any interest in a solution to the years-long stalemate in northeast and northwest Syria.

Alexander Lavrentiev, Russian Presidential Envoy to Syria, on November 22 urged Turkey to show restraint. He hopes that “it will be possible to persuade our Turkish partners to refrain from using excessive force on Syrian territory.”

A Turkish incursion into Manbij or Kobani would penetrate areas under the influence of Russian troops, which support negotiation and reconciliation efforts in Syria, and oppose any Turkish invasion.

Damascus and Ankara share the same view concerning the Kurdish region in northeast Syria. Both want to contain the Kurds. However, during the US-NATO attack on Syria, Turkey and Syria were in direct opposition.

Over the last year, there have been a series of overtures by Erdogan to repair the broken relationship between Ankara and Damascus.

Dana Stroul, the Pentagon’s top Middle East policy official said in July, “ISIS views the detention facilities where its fighters are housed as the population to reconstitute its army.”

The prisons are administered by the SDF, but with few resources, the prisoners, women, and children live in squalor. The Biden administration helped Syrian Kurdish authorities to fund new detention facilities to better secure the ISIS prisoners. Their indefinite detention, which recalls Guantanamo, will depend on a political settlement in Syria, but that seems elusive.