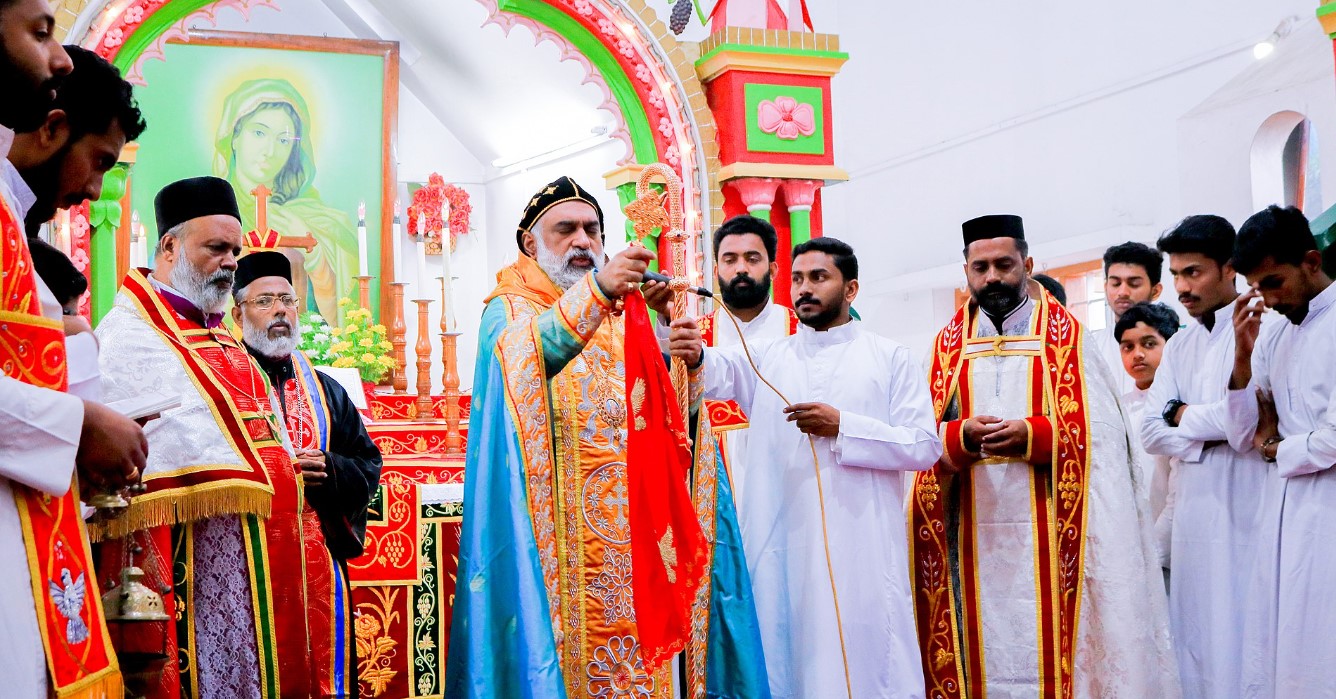 Liturgical vestments of clergy of the Syrian Orthodox faith. Wikipedia

On Erdogan’s initiative, first new church built in Turkey since 1923

The first new building for a Christian church since the founding of the republic in 1923 is about to open there. The Syrian Orthodox Church of St. Ephrem in Istanbul's Bakirkoy district is scheduled to be completed within the next two months.

Over the past few decades, the Christian minority in Turkey had been allowed to renovate their churches, but no new building had been approved by the state.

The new church will have space for around 700 people. In addition to the actual church, there are two upper floors with meeting rooms that can be used after masses, baptisms or weddings, as well as an underground car park with parking spaces.

President Erdogan himself laid the foundation stone for the new building in 2019. It is one of the state’s tasks to ensure that Christians have enough churches for their services, Erdogan said at the time. The information about the number of Syrian Orthodox Christians in Istanbul varies between 12 000 and 17 000.

In Istanbul, in the Tarlabasi district of Beyoglu, the Syrian Orthodox Church owns a church built in the 19th century with an adjoining community center, where Metropolitan Mor Filuksinos Yusuf Cetin also resides. But this church is far too small. In 2009, on the orders of then Prime Minister Erdogan, the Istanbul city administration began looking for a plot of land for a Syrian Orthodox church. Prime Minister Ahmet Davutoglu announced the plan for the new building in 2015, but it was then delayed for several years.

The property on which the new church has been built since 2019 was bequeathed to the Catholic Church by a parishioner in 1868 and partly used as a cemetery. There is also a small Catholic cemetery chapel on the site. In 1950 the area was confiscated by the Turkish state and transferred to municipal ownership, and the cemetery was closed.

The Turkish constitution has been officially secular since the founding of the state by Kemal Atatürk. However, religious minorities outside of Sunni Islam repeatedly suffer from discrimination. The Turkish state officially only recognizes the Greek-Orthodox Church, the Armenians and Judaism as religious minorities, which it grants – albeit only to a limited extent – ​​rights such as their own schools.

The Syrian Orthodox Church, like the Catholic and other churches, are not recognized as minorities due to a disputed interpretation of the 1923 Peace Treaty of Lausanne.