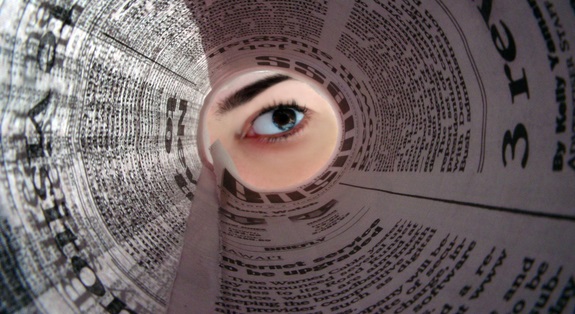 In an announcement on Thursday, Facebook said it was going to partner with certain media organizations and “fact-checkers”, like the biased Snopes, ABC News, The Washington Post and The Poynter Institute to stop the spread of news they don’t like.

“If the fact checking organizations identify a story as fake, it will get flagged as disputed and there will be a link to the corresponding article explaining why. Stories that have been disputed may also appear lower in News Feed.” The site goes on to explain: “Once a story is flagged, it can’t be made into an ad and promoted, either.”

But who are these “fact checking organizations”? Snopes, an unapologetic mouthpiece for Hillary Clinton and her Democratic surrogates, is one such dubious political “fact checker”.

Facebook has announced it will empower Snopes, an organization with a clear left-wing bias, to bury unwanted news on its feed, a move that clearly signals outright censorship of conservative content and opinion.

“Facebook has partnered with a shortlist of media organizations, including Snopes and ABC News, that are part of an international fact-checking network lead by Poynter, a nonprofit school for journalism located in St. Petersburg, Florida,” reports Business Insider. Ironically unwanted but real conservative news is now being called “fake news”.

This network will identify stories it deems to be “fake news” and then flag the URL, ensuring the story is buried in users’ news feeds and seen by significantly less people.

According to the Daily Caller, a conservative online news site, Kim Lacapria, Snopes’ main political “fact checker,” describes herself as “openly left-leaning” and a liberal. She has previously equated Tea Party conservatives with jihadists.

Lacapria “regularly plays defense for her fellow liberals,” according to Peter Hasson, associate editor of the Daily Caller, by claiming that Orlando nightclub terrorist Omar Mateen wasn’t a Democrat when he was actually a registered Democrat.

Lacapria also denied that Facebook had buried trending news topics, after Facebook employees publicly complained that it was in fact happening and Facebook subsequently scrambled to contain negative publicity about the leak.

The list also includes the Washington Post Fact Checker, an inclusion that will ceratinly raise serious concerns given that only last week the Post had published its own fake news about a Russian propaganda blacklist.

Another name on the list of organizations to police unwanted news for Facebook is ABC News, an outlet that still employs Brian Williams even after he was caught red-handed spreading his own fake news about how he had been under RPG fire while helicoptering in Iraq.

Additionally, The Poynter Institute’s fact checking project, launched last year, was revealed to have been funded by grants from organizations with close ties to the Obama administration, guaranteeing bias will be prevalent in their reporting.

The mainstream media is already distrusted by two thirds of Americans, an image further blackened by Wikileaks revelations about innumerable instances where journalistic ethical codes were completely disregarded by the same outlets Facebook now wants to employ.

Their new feature to blacklist information which runs contrary to mainstream media narratives, is an obvious ploy to advance an unpopular agenda.